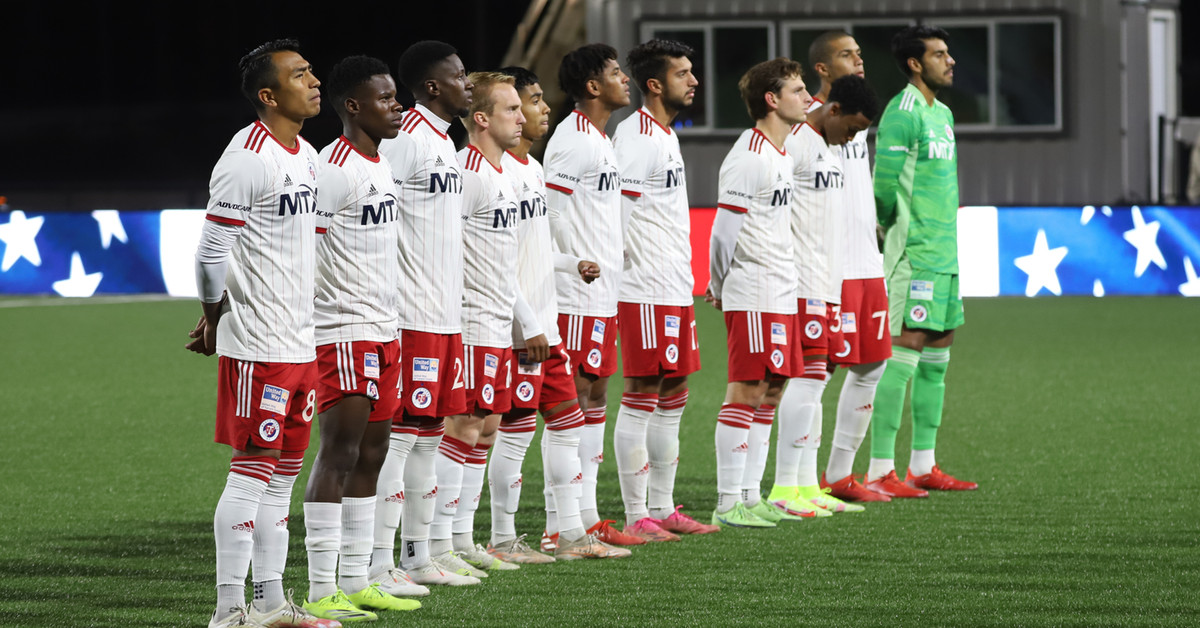 DALLAS, Texas — Last night kicked off the first match of the MLS NEXT Pro. So what is this new league, who is in it and what can we expect from North Texas SC this season?

This game ended in a 2-0 victory for SLC. Highlights, stats and interviews for this game can be found here.

The league will host a total of 21 teams split into two conferences. Each conference has two divisions made up of four to five teams.

Eight of those teams played last season in the USL League One or Championship, and have now moved to the MLS-backed program. After years of trying to make the USL a gateway to MLS, the league decided it was time to take matters into its own hands.

Where NTSC comes in:

North Texas SC resides in the Frontier Division as part of the Western Conference. After three successful seasons in the USL L1, the team will make its debut in its new league, against Minnesota United II.

The team’s first game will also be its home opener at Choctaw Stadium, located in Arlington, Texas. That game kicks off tonight at 8 p.m. and can be watched here.

Unlike some MLS teams, FC Dallas already has a second team in place, which has already proven itself and knows how to develop talent.

General manager Matt Denny said: “There are so many changes for us, including the staff, everything is new. We’re pretty lucky because we had a team in place and we know what we’re doing, as long as we keep building on that things will go smoothly.

Regarding tonight’s game, coach Pa-Modou Kah said the team will focus on a 4-3-3 with a tough and pressing game plan.

Veteran stars such as Derek Waldeck and Collin Smith will likely start, and we could see glimpses of young stars such as Isaiah Parker, the third overall pick in this year’s MLS SuperDraft.

With MLS on hiatus for international matches, we might also see a few players drop from the first team. Something Denny said was possible, as long as they earn their place in the roster.

What makes this year unique:

League president Charles Altchek has been adamant on social media in recent days that this league is very much about bringing communities together, developing players and staff and creating football-related jobs.

He hopes this league will function as a stepping stone between MLS NEXT, the league’s development program, and MLS, creating a professional level of competition between the two.

Perhaps the biggest selling point of this league is that every game is free to watch. Every game this season will be streamed live at https://www.mlsnextpro.com/.

One of the most interesting aspects of this league are the rule changes, the biggest being the change in the way draws are recorded. Whereas normally a tie would result in both teams getting a point. Here, every tie will result in a penalty shootout, with the losing team getting one point and the winners getting two.

There are also no team salary caps or player contracts designated by the league, but rather by each individual team.

Lists can include up to 24 professional players and up to 10 amateur players.

There are also up to 7 international places available per team, these places can however be included in exchanges.

The most important element is a team’s interaction with its major league counterpart. Not only can players switch between the two rosters, but stadiums, facilities and more can be shared between development teams and professional teams.

The only team not affiliated with MLS, Rochester, embodies everything this league hopes to establish. A long-standing semi-professional team, which overcame financial and development hurdles through sound business decisions and a strong bond with its fan base.

After bouncing back in the leagues and four years out of action, it was a popular name in world football that sparked the team’s comeback. Jamie Vardy, the England and Leicester City striker has been working hard to promote the league, as well as his new investment in the Rochester franchise.

Much of the interest in creating such a league comes from NTSC’s successful investment in its program. The recent development of MLS starters and $20 million man Ricardo Pepi, has given the league a glimpse into a previously untapped market.

Clubs like FC Dallas, Philadelphia Union and Vancouver Whitecaps have become role models. Systems that develop homegrown talent into an MLS starter or a massive price tag for the European market.

Ultimately, this league will also serve as a proving ground for inter-league and international cups and competitions. Similar to what the Premier League has with the FA and Carabao cups.

The league also plans to expand to make room for eight more MLS 2 teams in 2023. This season will lay the foundation for much of what MLS has planned down the line.

WKU Soccer celebrates the 2021 season with an annual banquet