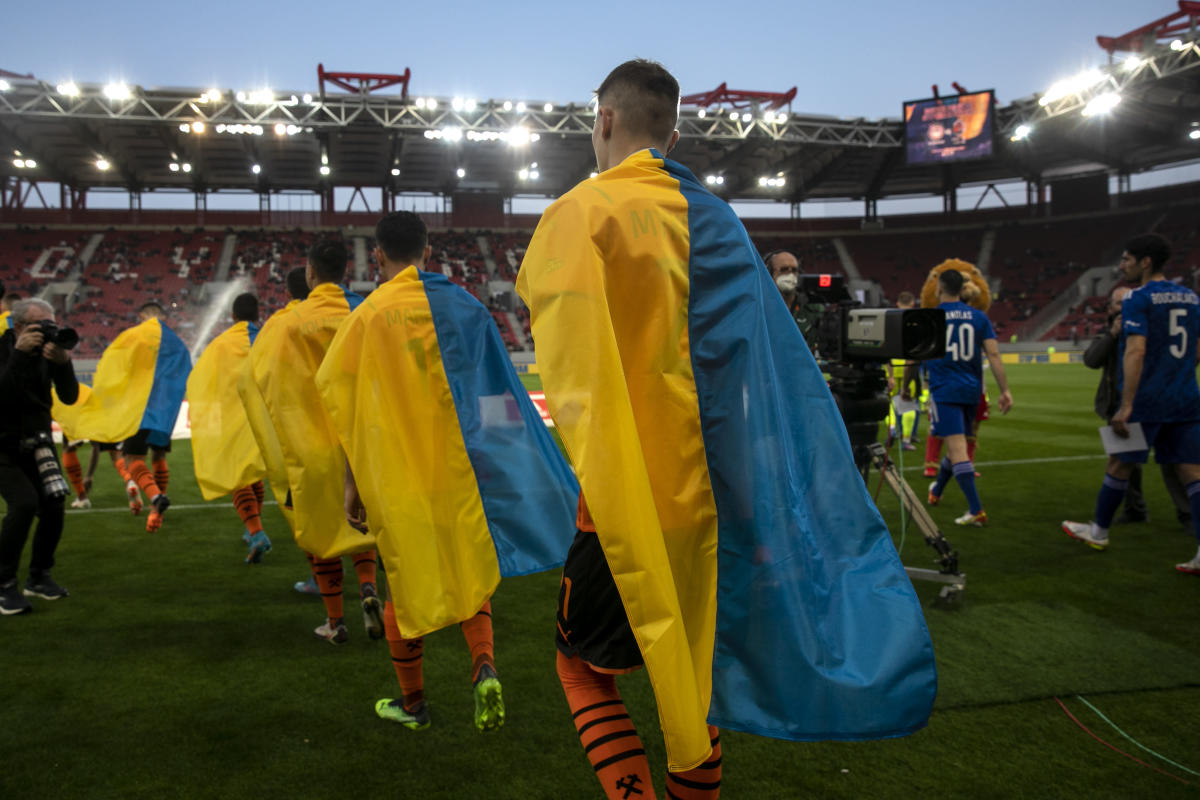 GENEVA (AP) — Hosting Champions League games in Poland and planning a humanitarian tour of the United States are natural steps for Ukraine’s top soccer team after eight years in exile from its hometown due to the Russian aggression.

Shakhtar Donetsk’s history – playing only away games since the start of the conflict in its Donbass region in 2014 and the full invasion by Russia brought an end to Ukrainian football this year – could be unique in the world soccer.

Shakhtar sporting director Darijo Srna told The Associated Press that his club was “the only one in the history of football” to have undergone such tests.

Unable to use their stellar $400 million stadium since 2014, forced to live and play in adopted towns across Ukraine, Shakhtar have not had competitive matches since December due to the Russian invasion.

Still, Srna is working around the uncertainty over the club’s line-up to plan for a new Champions League season and Ukrainian Premier League renewal.

“They are attacking our country, our land,” said Srna, a former Shakhtar captain whose number 33 shirt was retired by the club. “But in the end, we’re still here, we’re still alive.”

The domestic league which was scrapped last season – Russia invaded a day before its winter break ended – is set to resume in August.

The Champions League kicks off on September 6, after a UEFA ban on Russian teams removed Zenit Saint Petersburg and helped lift Shakhtar straight into the top 32 teams. Russian clubs have appealed UEFA’s decision.

“We will play in the Champions League group, they won’t play anything,” Srna said, referring to Russian clubs. “They can watch on TV.”

Being seen around the world is a ‘small but important victory for Ukrainian and European football’, he said of a team that hosted Real Madrid, Inter Milan and Sheriff Tiraspol in Kyiv last season.

However, holding international matches in Ukraine is now an unacceptable security risk. Shakhtar is therefore discussing with Legia Warsaw the organization of its three home matches in the Champions League.

“The minimum we can give Poland is Champions League football,” Srna said. “They opened the door of the country to the Ukrainian people, they opened their hearts.”

The team will look like Shakhtar in a distinctive orange and black uniform, but with more players unknown to viewers accustomed to a core of Brazilian stars like Fernandinho, Willian and Douglas Costa over the past two decades.

“We don’t know yet with what kind of team because, more or less, we sell or loan to all foreign players,” Srna said from London, lamenting that “agents want to take our players for free.” They do not respect the situation today.

Shakhtar’s future is ‘more or less a Ukrainian team with hungry young players’.

Despite more than 100 appearances for Croatia, Srna talks about Donetsk, in Ukraine’s industrial heartland, after 15 years and over 500 games as a player until 2018. He won 10 league titles and lifted the only minor European trophy, UEFA 2009. Cup.

Srna’s loyalty is tied to a special relationship with Shakhtar’s billionaire president, Rinat Akhmetov. He also owns the Azovstal steelworks in Mariupol, a symbol of Ukrainian mistrust and Russian bombardments.

Akhmetov’s money built the Donbass Arena which was key to Ukraine’s co-hosting of the 2012 European Championship. It was neglected but not destroyed, Srna said, during the Russian occupation .

“He is the key to Shakhtar’s success,” Srna said of Akhmetov. “He’s the guy, the person who never gives up. In difficult times you have to help others.

Akhmetov this week pledged $2 million to help Ukrainian football restart. A higher tier of 16 teams is expected to include two promoted teams to replace Mariupol and Chornomorets Odesa, Srna said.

The league aims to play all matches on Ukrainian soil, although Shakhtar are preparing next month with training camps in the Netherlands and Slovenia.

After touring Europe in April to play fundraising games for the military effort, Shakhtar ran out of time to organize a similar trip to the United States. A December tour is an option, Srna said.