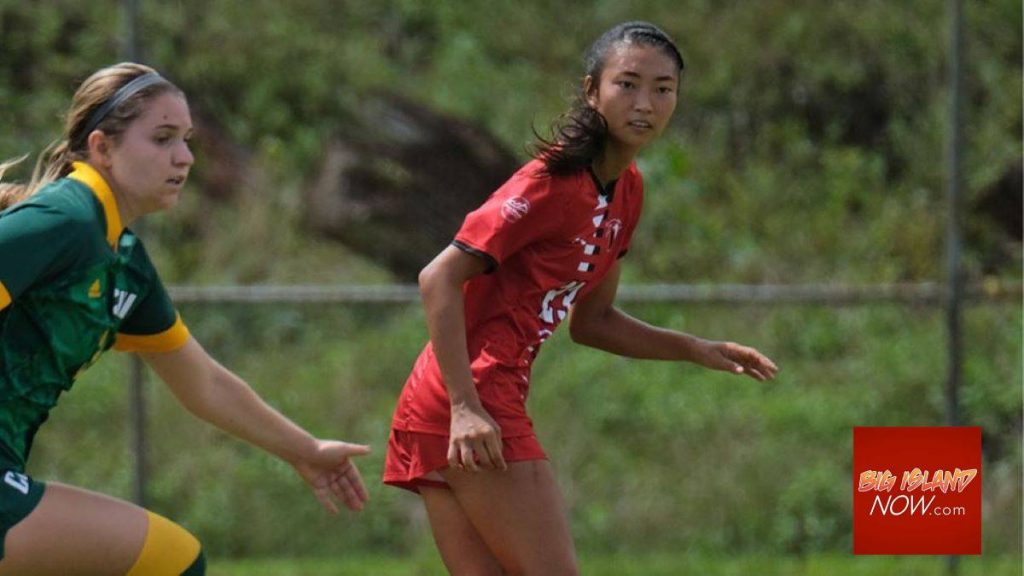 A University of Hawaii at Hilo star – on and off the court – is set to be named the National Collegiate Athletic Association’s Woman of the Year.

UH-Hilo footballer and outstanding scholar Jodie Lillie was one of a handful of select female student-athletes from across the country selected to represent her university in the race for Woman of the Year honors and recently moved forward in the process of selection.

She is part of an even smaller select group, becoming one of only two selections for Pacific West Conference Woman of the Year. A graduate of UH-Hilo with one season of football eligibility left, Lillie joins Lauryn Henderson of the Academy of Art as a PacWest representative.

Of more than 500 initial submissions, Lillie is one of 151 conference nominees, with only 39 at the NCAA Division II level.

The next step in the process is the selection committee which narrows the field to a total of 30 candidates; 10 from each of the three NCAA divisions. These candidates will be announced in September.

THE ARTICLE CONTINUES UNDER THE AD

The final winners will be announced later this fall.

THE ARTICLE CONTINUES UNDER THE AD

Can the ‘alpha’ coaching staff lead the Carolina Panthers to progress in 2022?