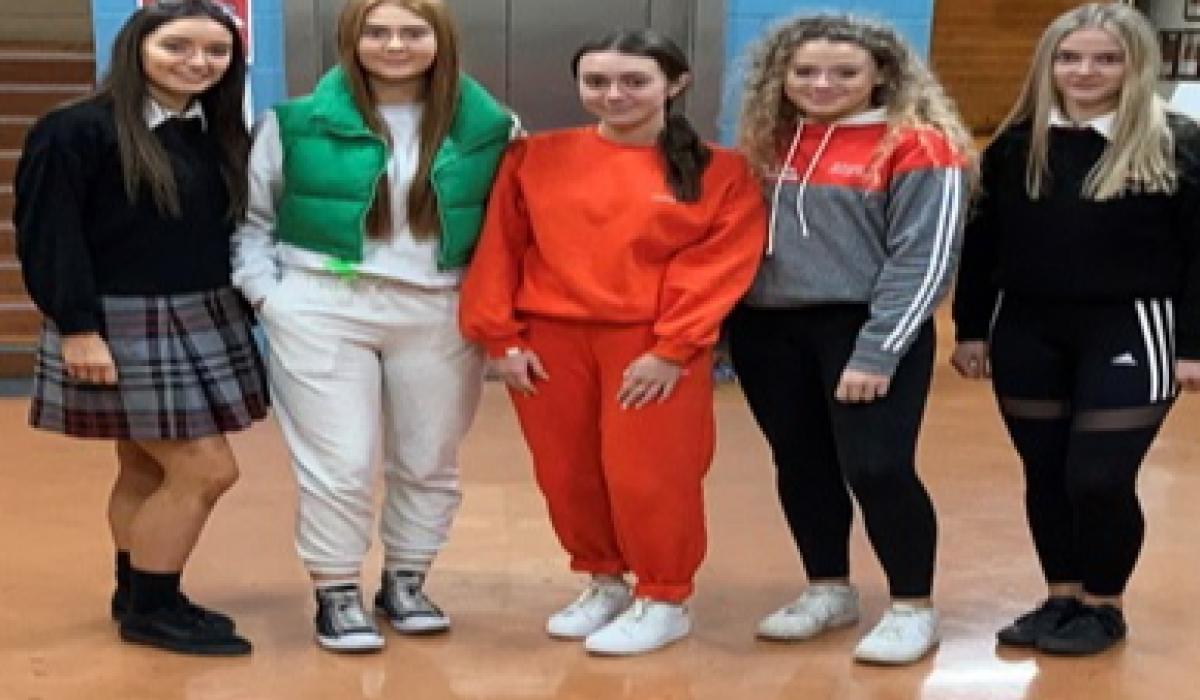 On Wednesday 2nd February our girls hosted Portlaoise College at Moneygall FC for our second league game. It’s been a while since this team played a game, so they were all eager to get out on the field and get stuck in.

In what was a relatively comfortable afternoon for Ella in goal, thanks in large part to our defence, Sheoladh, Róisín, Alicia and Kayla who were alert when danger threatened and showed real composure on the ball. On offense, Leah led the line with support from Amy right behind her.

As the game developed, our dominance allowed us to take all of our subs into the field and experiment with different formations, positions, and tactics that will serve us well in games to come.

Alysha, Emily, Keira, Yana and Kayla all came out and were integral to this win and really put their names in contention for starting positions going forward. It was great to see 7 different girls hit the back of the net, including a few hat tricks to help things along.

Special mention to the 9 first year girls in the squad. They play against older, more advanced girls at this level but aren’t fazed by the challenge.

There will undoubtedly be tougher tests ahead for this group of girls, but we will continue to train and be ready for any future challenges. There are several games scheduled in the coming weeks for this team, so they will be busy. CPR Abu.

Coláiste students who have signed up for Treaty United

Kudos to 6th year Ellie Feehan and Nicole Brooks, 5th year Kelsey Wing and Jessica Kelly, 3rd year Leah Ryan and Abi Vozza TY and Ceola Bergin who have all signed for Treaty United in Soccer. Ceola and Abi will play under 17 while everyone else will play under 19. This is a fantastic achievement for all the girls and we wish them well.