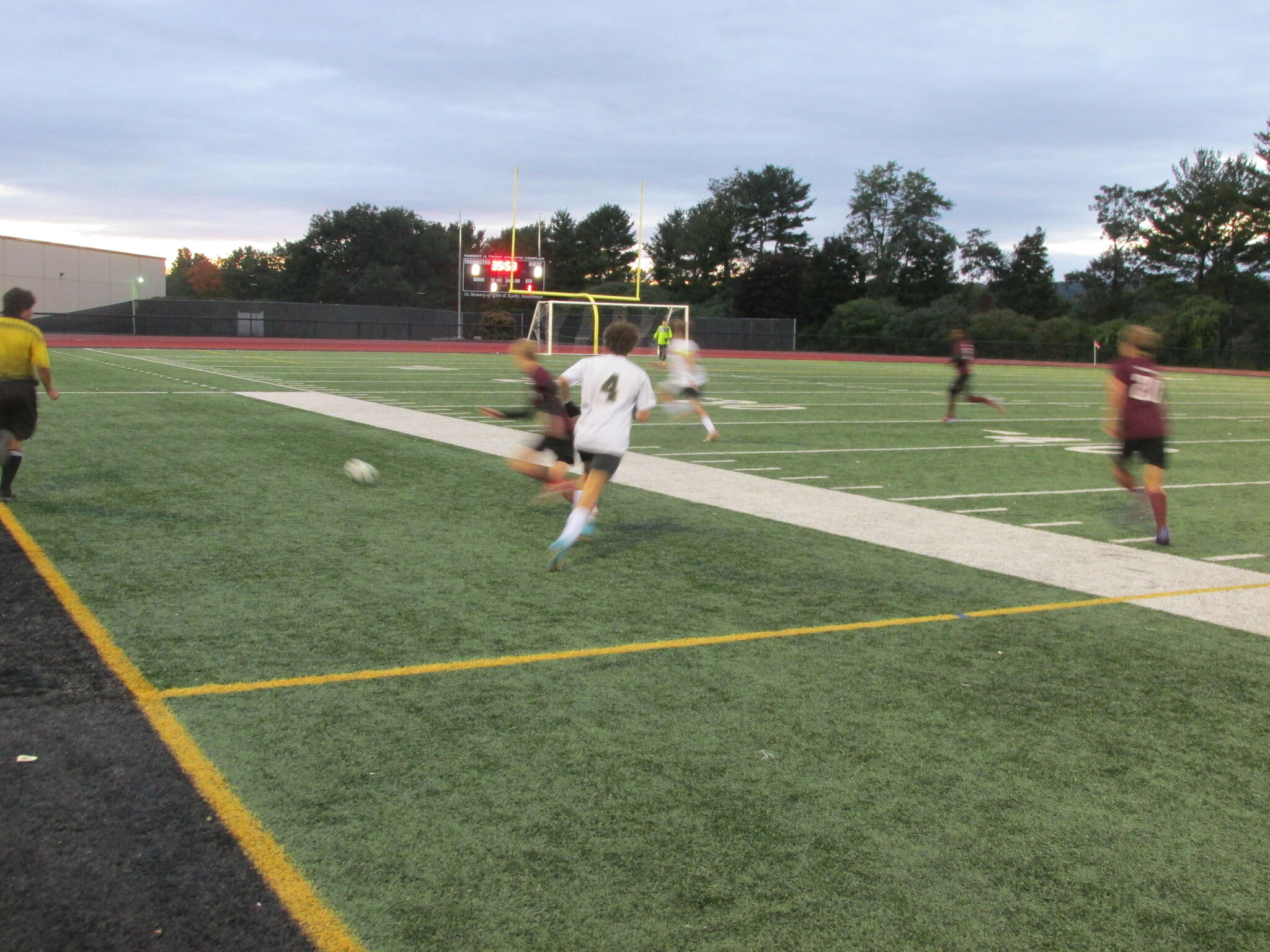 TORRINGTON — Three-time Torrington senior captain Ethan Stater kicked a penalty kick into the net for a 1-1 draw with Woodland in the final minute of a men’s tied soccer game Tuesday night at the Robert H. Frost Sports Complex .

“It was probably an appropriate result,” Torrington co-trainer Jason Appruzzese said. “It was two good teams fighting in a tough and physical game.”

In fact, it was the kind of game that drives non-football fans crazy.

Two stellar defenses forced most of Tuesday’s shots wide and wildly off target. The Raiders applied much of the pressure in the first half, leading to a misleading 18-8 shot disparity.

“We didn’t want them going out in midfield,” said Appruzzese, whose side are now 4-1-1 in NVL.

“We were organized and communicated well.”

In a full charge, Aldin Jahja sent a forward pass through midfield to Alexander Farr towards Torrington goalkeeper Logan Tucciarone. Farr’s shot passed him for a 1-0 lead over Hawk.

The second-half pressure stabilized, starting with a reflex star save from Tucciarone on a hard shot from Woodland in the second minute.

Stater, a huge defender with a booming kick, had his first equalizing chance in the 28th minute, sending his shot past Woodland’s crossbar.

With three minutes remaining, the Hawks forced another big save from Tucciarone.

A minute and a change remained when the referees called a Woodland out into the Hawks penalty area.

Stater fired his shot for the draw.

“It wasn’t the result we wanted,” Woodland coach Kenan Collins said. “We had the opportunity to put the game aside early and we didn’t take advantage of it.”

The Hawks travel to Derby on Thursday. Torrington welcomes Wolcott.