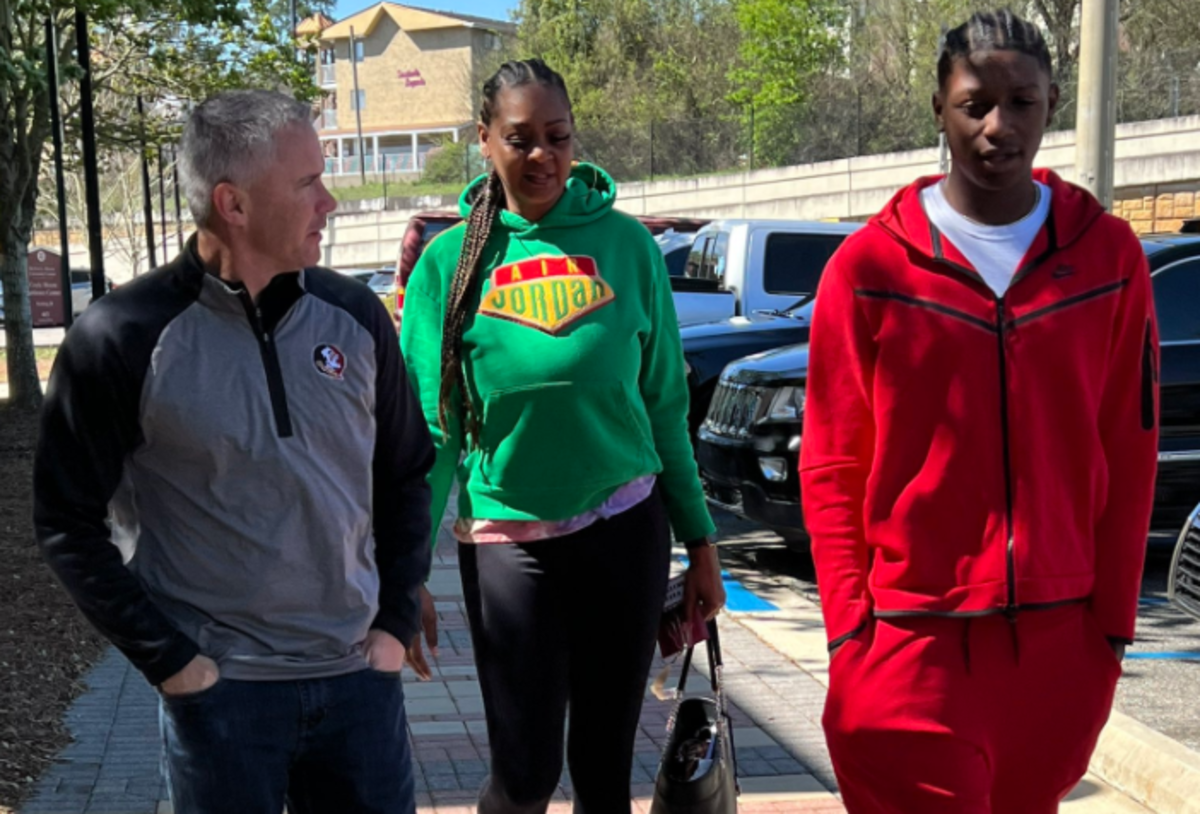 The Saturday before spring break offered no rest for Florida State’s coaching staff. The Seminoles welcomed several top rookies in the 2023, 2024 and 2025 classes this weekend in an effort to continue to deepen the relationship.

One of the most highly regarded rookies to make the trip to Tallahassee was 2023 tight end Jelani Thurman. He actually arrived Friday to attend FSU’s fourth spring training before returning Saturday to see more of campus. His second day learning about the Seminoles only enhanced his experience.

“Man, it got better today,” Thurman said. “I felt better, it was a bit colder here, but I liked the tour. The home aspect. I feel comfortable here. I don’t feel like a stranger. “

Thurman and his mother, former WNBA player Kara Braxton, spent a lot of time with tight ends coach Chris Thomsen. The veteran assistant took it upon himself to show the two around campus to connect with them more.

“Coach Thomsen is a cool guy,” he said. “He basically showed me around the whole school. I wasn’t really with a tour guide. He felt like he had to take me, get me to talk, watch a movie, to build a better relationship.”

“I feel like he was the first person to text me from the state of Florida,” Thurman said. “He contacted me every week. He contacted me. He was actually the one who helped me get up here. He just texted me, let me know when practice started for so I can catch up here.”

Head coach Mike Norvell and Watson greeted Thurman when he arrived Saturday morning. He sat down with Norvell for a meeting in his office before he left.

“He’s a cool guy, I like him,” Thurman said. “He brings a lot of energy, he’s not just laid back, cool, not just a normal person.”

A day earlier, Thurman had the opportunity to watch Florida State’s final practice before the break. He noticed that everything was happening at a rapid pace.

“It was cool, I liked it,” Thurman said. “The pace picks up, everything keeps rolling, no one was standing there looking like they didn’t know what they were doing.”

While viewing the session, Thurman kept his eyes on Coach Thomsen to get a better idea of ​​his training style. Thomsen was very practical with his approach.

“He interacts with his players,” Thurman said. “He knows each player’s strength and what they need to work on.”

Former Florida State star Jermaine Johnson was on hand for practice while training for his upcoming pro day. He spent a few minutes talking to Thurman and offered him some advice.

“He just told me Florida State is cool,” Thurman said. “May the people around here be kind and make the best decision for you.”

After two days at Florida State, the Seminoles opened Thurman’s eyes to the fact that they were a legitimate option for him. He will definitely be back, although he doesn’t have a date set yet.

“They’re on top, like I really see myself coming here,” he said of FSU. “Really a decision I have to make now.”

The 6-foot-6, 230-pound tight end’s mother was born in Tallahassee and his aunt works in the city. He is looking to make a decision near the end of his senior season.

Stick with NoleGameday for more on Thurman throughout his upcoming senior season.