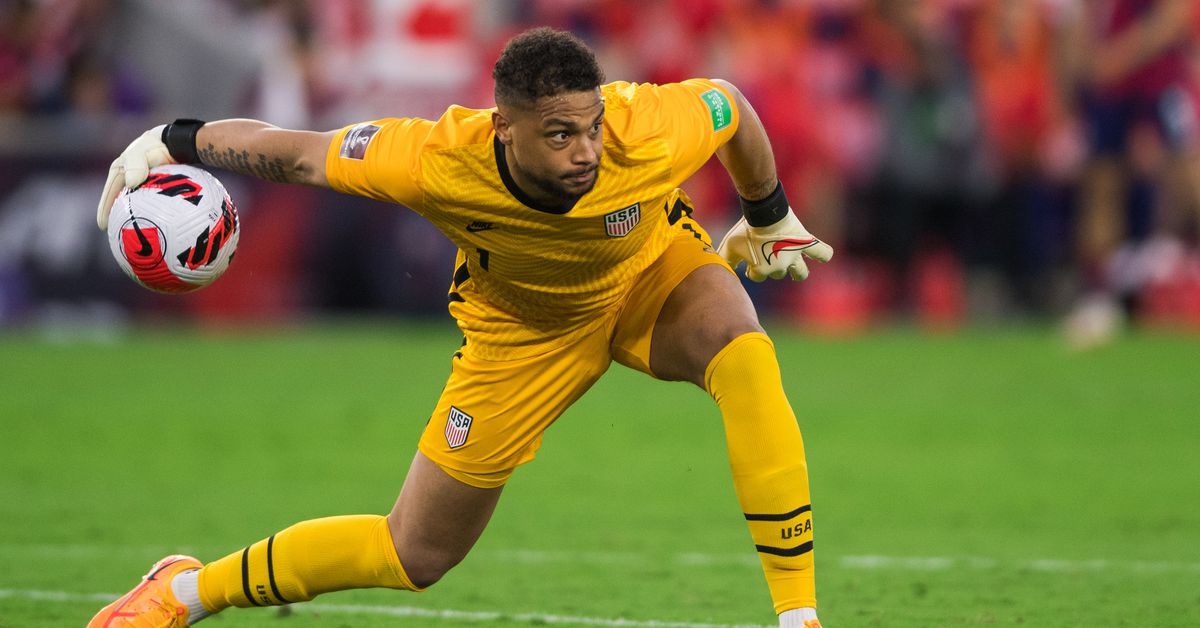 Each version of the World Cup roster comes with a certain amount of scrutiny and backlash. It’s an unavoidable part of the process when a coach or federation decides on a seat limit to determine the best players to represent their country at the greatest sporting event on Earth.

So when Gregg Berhalter announced his final roster of 26 players for the upcoming tournament in Qatar, there were still seemingly deserving players left out. For those who have spent the past four years – some even longer than that – making the final cut, missing something can be particularly brutal.

While the list of players who won’t go to the World Cup is long, some players have a right to feel more left out than others. Here are the five Americans who should feel the saltiest about missing out on a chance in their lifetime.

Flashback to around 18 months ago and Zack Steffen seemed to have his ticket to Qatar rolled and punched. The 27-year-old has been part of the American football program for his entire working life and even enjoyed international success at the 2015 U-20 World Cup as one of the tournament’s top goalkeepers. Add to that impressive pedigree the fact that he was Gregg Berhalter’s starter with the Columbus Crew for several successful seasons and his spot seemed all but guaranteed.

Everything seemed to start falling apart once Steffen completed a $7million move to English giants Manchester City. Leaving the comforts of Columbus and some playing time to be a backup for one of the world’s most respected goalkeepers, the Brazilian national team, Ederson. At first, his lack of playing time did not affect his position in Berhalter’s eyes as Steffen continued to receive calls and starts as always.

Unfortunately, a byproduct of being a hopeless backup to move up the depth chart eventually started to take its toll on Steffen and when he saw the pitch his form plummeted. High profile and notable errors began to plague him, including costing City a goal against Liverpool in the FA Cup semi-finals in April.

Desperate to start playing regularly and regain his form, he pushed for a loan away from Manchester and found a new club with English Championship side Middlesbrough. However, his plan didn’t work out as expected as his form never really hit previous levels and injuries crept into the equation as well.

He went from being a locked-in starter with the USMNT less than two years ago and having a history with the head coach to being left out of the World Cup roster entirely. Granted, there’s been virtually no talent transfer from projected starter Matt Turner to Steffen. But with all the expectations and variables seemingly in his favor, the fact that Steffen is missing is absolutely excruciating.

Just a year ago, hype train phenom Ricardo Pepi swept American football. At the time, the Mexican-American striker established himself as a future star with FC Dallas in MLS. The then 18-year-old’s combination of size, speed and technique at such a young age has pundits salivating at the thought of him leading the line for the United States soon enough. Those dreams came true pretty quickly when Berhalter introduced him to the team and he took off like a rocket. Several hard-hitting appearances later and he eventually helped the United States qualify for the World Cup, contributing to the team’s second-most goals (3) in the qualifying cycle.

Once again, it was a big transfer of money to Europe that upset everyone’s plans. Pepi secured a massive $20 million transfer to Bundesliga club FC Augsburg. The problem was that Augsburg are a lower-tier German side who have to fight for every point just to stay alive in the top flight. Pepi struggled to break into the team and adapt to their style of play. In the end, he only appeared 15 times for them without scoring a single goal. With his form at rock bottom, his stock with the USMNT had plunged. Like Steffen, he was loaned away from his club in hopes of regaining form and earning his place in Qatar. This time the plan worked as well as could be hoped. Dutch Eredivisie mid-table side FC Groningen came calling and Pepi started producing as soon as he stepped onto the pitch. With just nine appearances to his name, he has scored six times and assisted twice.

Despite this renewed form, Berhalter decided to drop him off the roster in favor of other options. What makes his omission even more brutal is that his departure from FC Dallas paved the way for Jesus Ferreira to step into the starting striker spot and produce the form of his life. Ferreira will travel to Qatar as a potential starter while Pepi won’t even get a spot. Ouch.

The USMNT forward’s situation is one that has confused many throughout this cycle. There was never a player in that position who was certain to make the roster because no one matched Berhalter’s system or produced high numbers of goals for the national team. Thus, when evaluating the candidates, most of the evidence to be considered had to be gathered from the situation of each club.

Union Berlin have had an unexpected start to the season for Cinderella in the Bundesliga, with Pefok playing a central role in their attack. With three goals and three assists to his name to start the season, he helped his team to second place behind mighty Bayern Munich. Most believed that the level of production and such a high level of competition warranted him earning a spot on the final roster.

But a dip in form – Berhalter said Pefok would have been a near-lockdown had he chosen the team a few months ago – and a lack of production in the national team ultimately led to Berhalter choosing Haji Wright instead. Pefok never set the world on fire when playing for the national team, but had some shining moments, like scoring the winning goal at the end of the Nations League semi-final before the victory in the stoppage time in the final against Mexico. However, in the end, it looks like a coaching decision that, although tough, we have to live with.

While some absences are due to the coach’s decision, there are a few players who will miss the tournament due to unfortunate injuries picked up on the road to Qatar. The two notable injuries affecting the USMNT have significantly hampered their defense. Atlanta United’s Miles Robinson had firmly secured a starting centre-back spot for Berhalter’s side and was a crucial cog in their defensive efforts. A torn Achilles tendon midway through the MLS season sidelined him for this tournament and beyond. His contributions to the team were immense both in stabilizing the baseline and even providing a threat in the box from set pieces. It was his late overtime header against Mexico that secured the Americans the Gold Cup title in 2021.

The team’s centre-back corps took a further hit when Crystal Palace defender Chris Richards was ruled out with a leg injury picked up in late August. Richards left Bayern Munich hoping to buy time to earn a spot on this list and appears to have done just that before taking the hit. These two injuries have left undeniable holes and a lot of uncertainty in the American defense as the World Cup approaches.