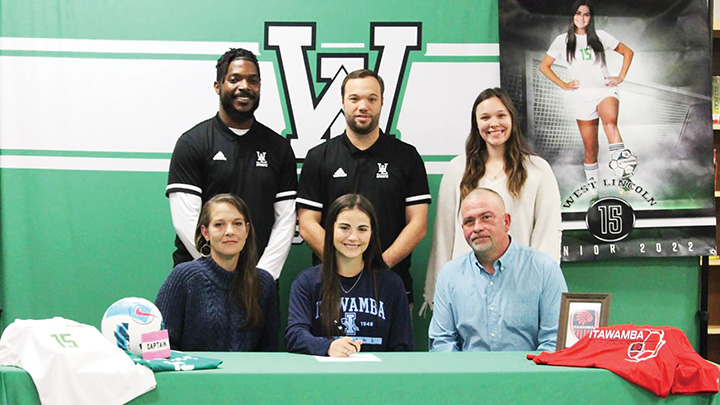 West Lincoln senior football player Camryn Summerall is heading about 275 miles north of Flea Hop to pursue her career at the college level.

The 5-foot-5 Summerall has been a mainstay on the field of the WL soccer team since the program’s inception while in college.

Under coach Dane Hodges, West Lincoln finished 8-10 overall and 6-4 in regional play in the 2021-22 football campaign.

One thing that sets Summerall apart is his tenacity. Watch her play catcher for the West Lincoln softball team and that courage is on display.

Hodges says that’s part of what sets her apart.

“She’s so tough and always found a way to score when we needed it most,” Hodges said. “I think her creativity is what sets her apart too. She has a natural ability to find ways to get the ball into the net.

At the ICC, Summerall will play for former Co-Lin and Southwest head coach David Strother. Strother was hired from Itawamba in 2015 and the Indians finished 5-9 last season in MACCC play.