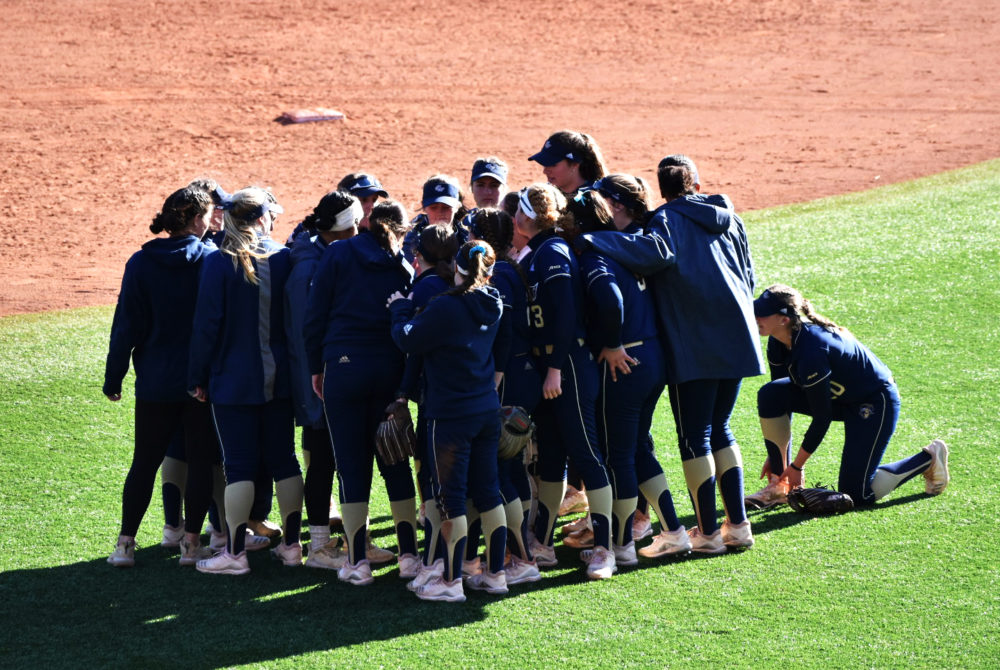 Head coach Chrissy Schoonmaker said the team was receptive to her leadership and “eager to be coached”.

Softball is looking to qualify for an NCAA tournament offer as they work on the fall roster.

Last year, the Colonials won the A-10 regular season and the A-10 championship and secured the program’s top spot in the NCAA tournament under former head coach Shane Winkler. The team said they are using fall slate this season to hone their craft and have the chance to repeat their feat.

Alessandra Ponce, a graduate student, said the team no longer felt like they had to prove anything after last season’s performance.

â€œWe have already won,â€ said Ponce. â€œWe know we can do it. So just by building on the culture we have established that championship mindset and continue to progress and have new goals to go further in the NCAA tournament, relying on the records and the stats. and all that we already have.

Graduate student flyer Olivia Vinyard said the team used the fall slate to get back on track and took the time to “polish the little things.”

â€œIt’s also about making sure everyone feels comfortable and confident heading into our spring season,â€ Vineyard said. â€œThese games are a way for us to get to know each other, to feel comfortable playing with each other. And it’s also just a reminder of all the fun we had last season and it makes us even more excited for the season ahead.

The team added two new players this year: first-year utility player Gabby Polsky and first-year infielder Taylor Puig. Ponce said the team are in a “special position” this season as the arrival of the new coaching staff has given the team a fresh start and a stronger cohesion at the same time.

Junior utility player Maggie Greco said the team has had to adapt over the years and the arrival of new coaching staff “has not been a problem at all.”

â€œOur new coaching staff is absolutely amazing,â€ said Greco. â€œWhat I love most is that they have so much attention to detail. They help each of us every day. They make it a point to say, ‘Hey, how’s your day going? Class is going? How’s your back? Is your body okay? ‘ They care a lot more about us as people and not just as players. â€

Now that everyone has returned to campus, head coach Chrissy Schoonmaker, who was appointed to the position over the summer, had the chance to meet all of the team and start to put his plan into action. She said the team had been “super responsive” and the players had “bought into” her program.

Schoonmaker said the team are currently working on all aspects of the game in training and training. She said the team focus specifically on their angle to the ball during the lineout, making sure they turn their hips and get a “good jump of the stick” to minimize errors.

On the offensive side, she said they’ve worked on their body position when they’re ready to strike. She also said she experienced moving infield and outfield players to see players get opportunities in different positions and assess the capabilities of the team as a whole.

Schoonmaker said the team weren’t here to rewrite history, but rather for the future which they dubbed “Mission 64”.

â€œWe want to be one of the 64 selection Sunday teams that are called up after the conference tournament, whether it means we won the tournament, which was definitely the goal, or it means we got a global offer, â€she said. . “Our team is focused on getting into the NCAA tournament and then progressing from there.”

The Colonials will continue to improve their skills as they host their crosstown rival Howard on Saturday. The first pitch is scheduled for noon.

This article appeared in the September 27, 2021 issue of La Hachette.