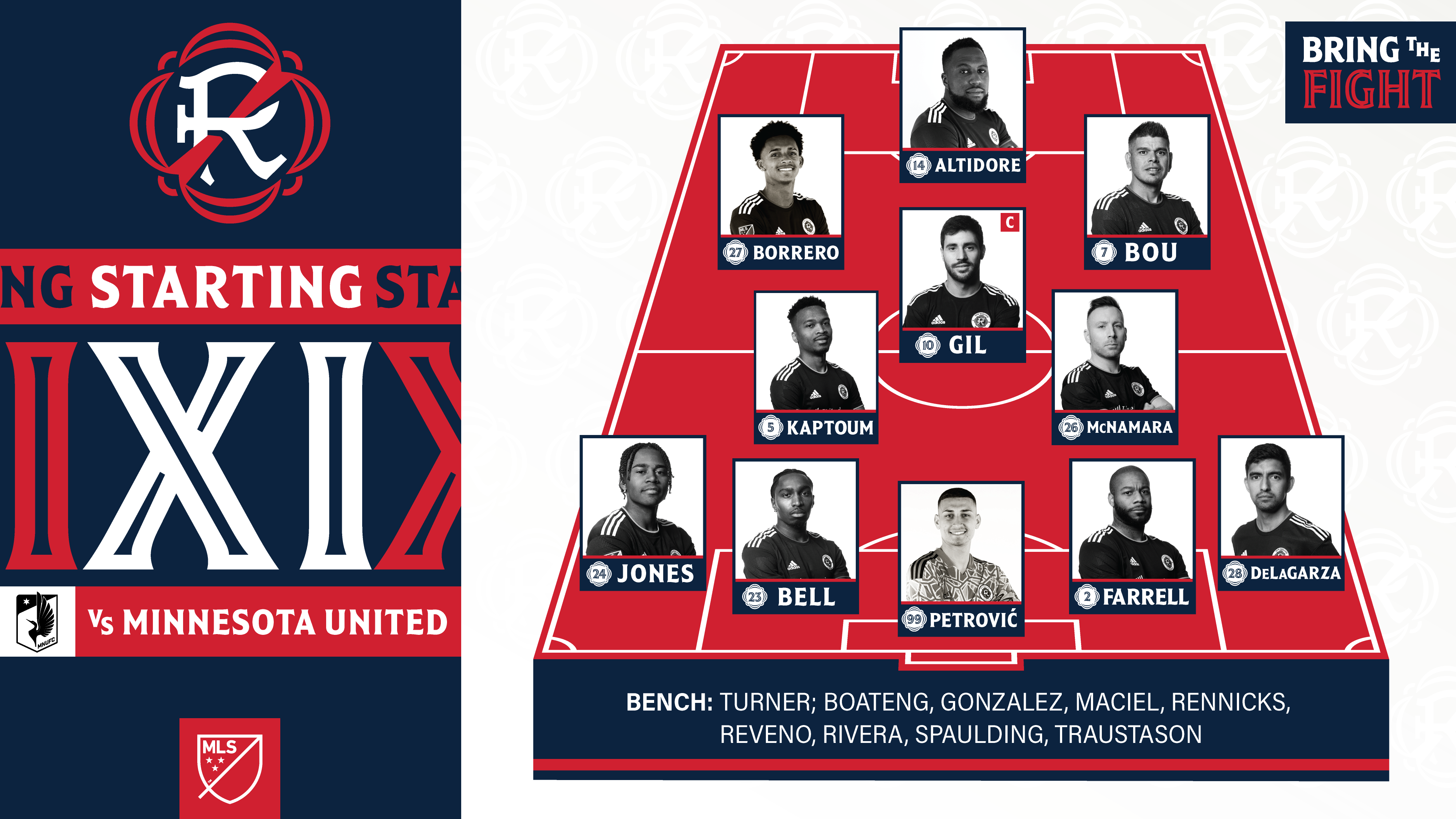 The Revolution dedicates tonight’s game to commemorating June 19 and spotlighting various members of the local black community, including grassroots organizations and social justice leaders. Learn more about club activities here. In Major League Soccer, “Lift Every Voice and Sing” will be played before kick-off, and all 28 clubs will wear Juneteenth-inspired numbers and “Unity” warm-up tops as part of a recognition at the league-wide in partnership with Black Players for Change (BPC). The special edition jerseys will be auctioned off to benefit standing man of Rhode Island.

New England will bid farewell to goalkeeper Matt Turner after tonight’s game, as the 2021 MLS Goalkeeper of the Year leaves the Revolution to join English Premier League club Arsenal FC. Turner will be available to the media at the Revolution’s post-game press conference. Video sound clips and a full transcript will be distributed as soon as possible after the match.

Here’s a breakdown of the Revolution’s starting roster.