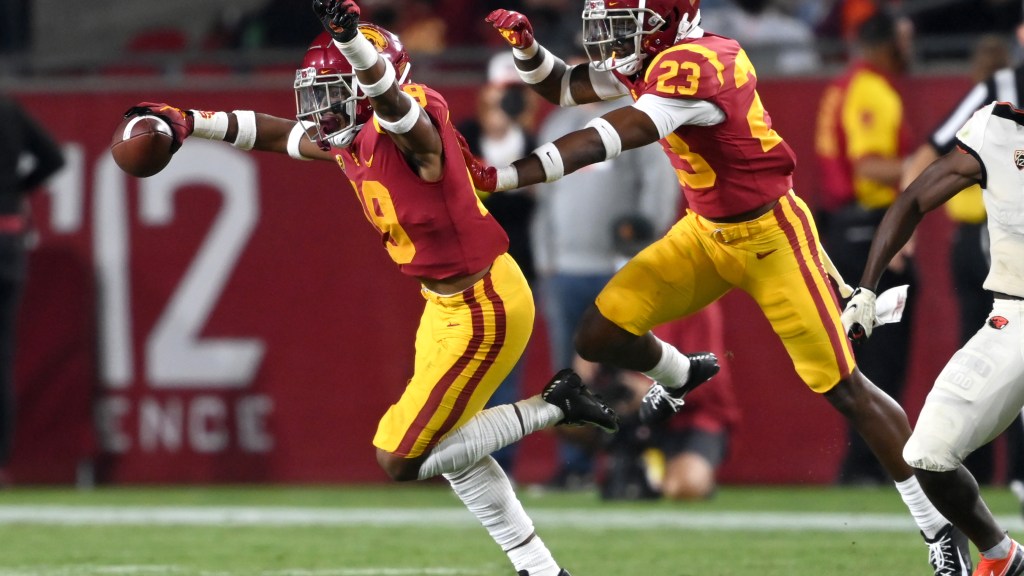 Excelling in sport, which is difficult, often comes down to this central key: being in the right position.

USC linebacker Raesjon Davis is trying to position himself to be a central player in a Trojan defense that will fight an uphill battle in 2022. Let’s be clear about this: no one should expect the ‘USC has a big or a particularly strong defense. The realistic goal this year is to have an average defense – not great, but not terrible. USC’s defense has been terrible far too many times in 2021. Just getting to an average level – moderately proficient, reasonably resilient, nothing spectacular – will elevate USC to a much higher level.

He’s not there yet, but he’s getting closer.

Davis puts himself in a position to be considered. It’s not where he wants to be, but it’s better than where he was a few weeks ago.

It’s progress on a list that won’t be a finished product anytime soon.

Ryan Kartje of the Los Angeles Times had more on this development during USC’s spring training:

Lots of praise for young USC LB Raesjon Davis, who was officially gold-plated today. Odom noted that Davis had made progress in his maturity and said his play-to-play efforts had “given him a real chance to make a difference.”

Davis, who weighs 210 pounds, is yet to gain weight this spring/summer.

Odom: “Our main focus is guys who can run, but when you’re really underweight, you don’t stand a chance. We have to get to a certain point where he can withstand the blocks and be able to get out of the blocks.”

Before you can be in the right position, you have to be in the position to get there. Raesjon Davis is heading in the right direction. For now, he will take it.