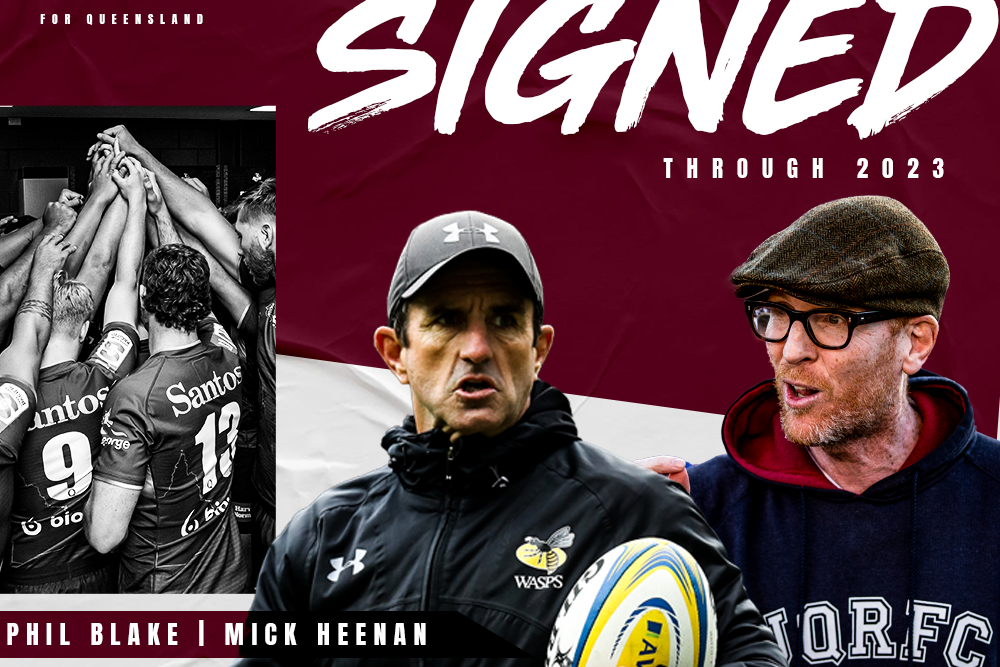 The Queensland Reds have signed their coaching staff for the 2023 Super Rugby Pacific season, signing experienced Phil Blake as defense coach and University of Queensland head coach Mick Heenan as as an assistant coach.

Signed until 2023, the pair will work alongside head coach Brad Thorn and forward coach Jim McKay, with Thorn entering his sixth season in that role and McKay his fifth during his second stint at Ballymore after winning the 2011 Super Rugby title in the same role.

Thorn will become the fourth tied manager in Queensland history this season, with his longest tenure in over two decades at the Reds.

Blake said: “It is a privilege to have the opportunity to work with an internationally recognized rugby entity such as the Queensland Reds.

“I look forward to working with Brad Thorn again and am thrilled to be joining an impressive team behind the scenes.”

Heenan said: “I’m thrilled at the opportunity to work with Brad and his coaching staff, and with a very talented group of players, many of whom I know well.

“I have nearly 25 years of coaching experience and many years of managing teams in corporate environments and hope to bring a fresh perspective, both on and off the pitch, and contribute to the success of the Reds. in 2023 and beyond.

“I am excited to begin.”

Managing Director – Professional Rugby Sam Cordingley said: “We are really delighted to welcome Mick and Phil to the Queensland Reds.

“They are two great rugby players who will bring a wealth of coaching experience to our programme.

“Mick has certainly earned his opportunity with his history of success in Queensland Premier Rugby and Phil is a keen defensive coach with considerable experience in both amateur and professional games.”

Blake brings over a decade of top-flight experience to Ballymore, having held positions in the Shute Shield, Super Rugby and the English Premiership, as well as on the international stage.

The 58-year-old began his coaching career in Sydney with Southern Districts and Manly, before being named defense and skills coach with the Wallabies under Robbie Deans in 2010.

Defense coaching roles with Western Force, Leicester and London Wasps followed, before Blake returned home to coach Sydney University in 2021, taking the team to the top of the ladder before the competition is discontinued due to COVID.

Blake became Manly head coach in 2022 and led the Marlins to third place, the club’s best finish since 2017.

Like Thorn, Blake also boasts an accomplished rugby league career, having played over 300 games at the top level for a number of clubs and featuring in the home state of New South Wales.

Heenan will work alongside him, who will be responsible for coordinating the Reds’ training programme, maximizing the development of players who did not feature on Matchday 23 and emphasizing off-ball effort areas and distribution of attacks.

The 48-year-old has established himself as the most successful manager in Hospital Cup history.

Heenan took over as head coach of UQ in 2009, with the club falling to second-to-last the previous year as they suffered an 18-year drought as premier.

In the 13 seasons since, he has led the club to the final every year, winning six premierships and appearing in nine grand finals, including last Sunday’s at Suncorp Stadium.

Heenan coached Brisbane City in the 2017 and 2018 National Rugby Championship (NRC), coming up against Thorn who coached Queensland Country, and also spent six years with GPS before moving into the managerial role at St Lucia.