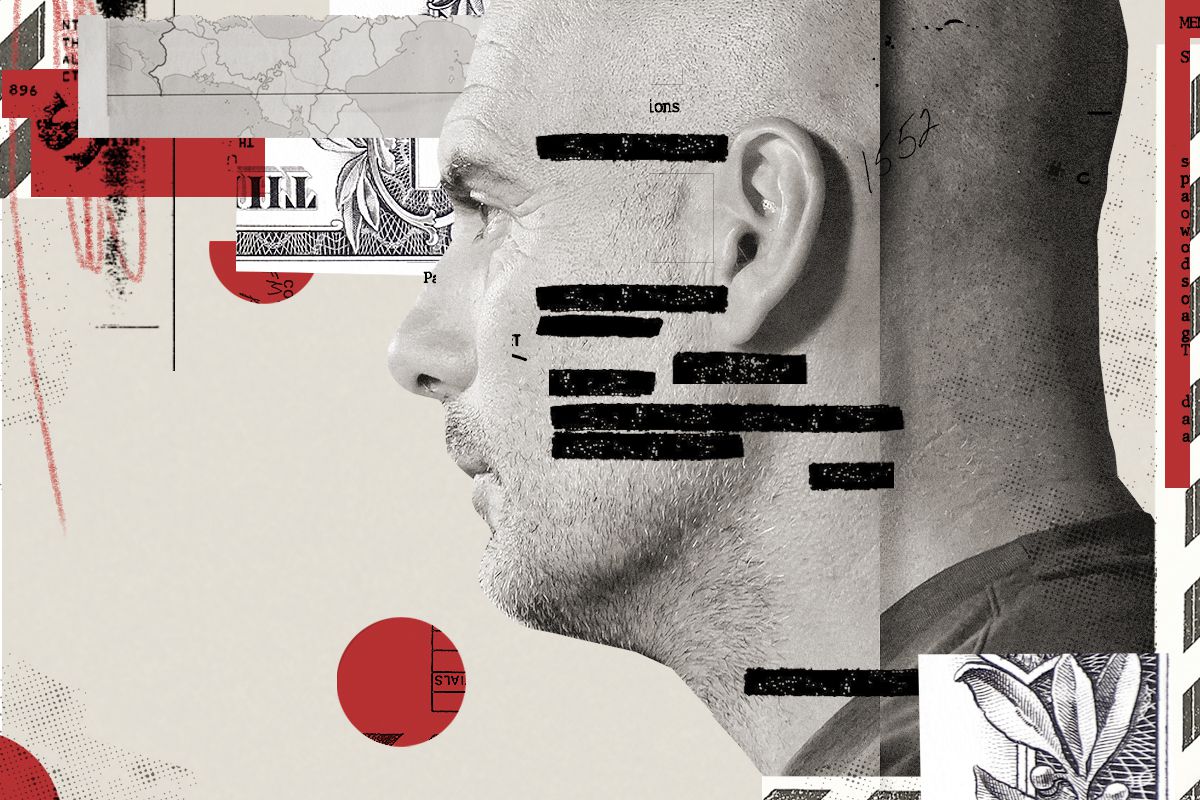 Josep “Pep” Guardiola, emblematic figure of FC Barcelona and one of the most acclaimed football coaches in the world, had a current account open in the Principality of Andorra until 2012, when he took advantage of an amnesty fiscal policy in Spain established by the conservative government of the then Prime Minister, Mariano Rajoy, to regularize its budgetary situation. Until then, the current Manchester City coach had not declared the funds held in the account to the Spanish tax agency.

LluÃ­s Orobitg, who is Guardiola’s tax advisor, explains that his client only used the account at Banca Privada d’Andorra (BPA) to deposit the salary he earned while at Al Ahli, the club Catari where he played between 2003 and 2005. By taking advantage of the tax amnesty, the sportsman regularized nearly â‚¬ 500,000, by paying a levy of 10% on the interest that the funds had generated during the previous four years, given that the previous years had passed the statute of limitations. (Under Spanish law, the tax administration can only go back four years from the date a tax return should have been submitted to examine the amount of tax that should have been paid.)

Pep Guardiola’s name appears in the Pandora Papers, a collaborative investigation coordinated by the International Consortium of Investigative Journalists (ICIJ). More than 600 journalists from 117 countries have spent the last two years analyzing 11.9 million documents disclosed by 14 law firms specializing in the creation of offshore companies in tax havens.

This type of company, based in countries different from those where their directors reside, is legal provided that the owner declares them to the tax authorities of his place of residence. For authorities, the problems start when homeowners seek anonymity, zero tax or money laundering in these jurisdictions.

In Spain, EL PAÃS and the La Sexta television channel analyzed leaked documents looking for public figures of interest who have taken advantage of some of the world’s most opaque tax havens. The result is more than 700 companies linked to this country, among which are dozens of relevant personalities.

The name of Josep Guardiola i Sala, 50, appears in a document from AlemÃ¡n, Cordero, Galindo y Lee (Alcogal), one of the companies at the center of the Pandora Papers investigation. He is listed as the legal representative of the Panamanian company Repox Investments. The company was established in February 2007, after Guardiola retired as a professional football player and four months before he was appointed coach of the Barcelona reserve team B. Orobitg explains that the existence of Repox n has nothing to do with either Barcelona football club or Guardiola’s business interests in Panama, and the company had no business. It practically served as a shell company to hide the real owner of the funds in Andorra.

The creation of Repox was, according to the tax advisor, an initiative of the Andorran bank to safeguard the identity of the coach as the holder of the bank account. Using the extra layer of opacity offered by this type of shell company was common practice in Andorra at the time, according to sources from the Tax Agency.

Afsi, a small asset manager created in 1997 by Andorra’s oldest private bank, Andbank, helped found the company. Afsi, which was active at least until 2018, has a key role in the Pandora Papers, and counted among its clients dozens of Spanish citizens, specializing in setting up businesses in jurisdictions such as the Virgin Islands. , Belize, Bahamas and Seychelles. In the case of Guardiola, the Panamanian law firm Alcogal forwarded to Afsi the documents relating to the creation of the company and its statutes, as indicated in the documents analyzed by EL PAÃS.

After leaving Barca in 2001 and after stints in the Italian league, Guardiola was signed as a player for Al Ahli in Qatar in 2003. According to media reports, he was paid just over 2 million euros. per season. In his first season there, he was voted best foreign player. The creation of the account in Andorra dates back to its visit to Qatar. Orobitg explains that the decision to open the account in Andorra was due to the impossibility of obtaining a residence permit in this country, where he would not pay taxes. The player at the time decided to deposit his salary in Andorra, a country with a more favorable tax regime and where he would not have to pay any tax because he was not a resident either. His consultants explain that he did not deposit the funds in Spain because they feared that, without a residence permit in Qatar, the Spanish tax administration could object to him completing his tax returns as an expatriate. when in reality he played and lived in the emirate for those two years.

In 2007, Guardiola switched to training and started managing the reserve team of Futbol Club Barcelona B. The following year he joined the main team, FC Barcelona, â€‹â€‹until the summer of 2012. During those years at the helm of Barca, which saw him lead the team to two Champions League titles and three league trophies, he kept the account open in Andorra, without declaring it to the Spanish Agency. taxes. He also did not declare interest on the funds, despite the fact that the manager now resides in Spain. In April 2012, at the height of the global financial crisis, the government of Mariano Rajoy approved the tax amnesty. And the football manager, on the advice of his advisers, took advantage of the situation to declare the money to the tax authorities.

The Special Tax Declaration (DTE), as the Rajoy government called the tax amnesty, was a window opened by this administration for businesses and citizens to bring to light undeclared funds, which were subject to a 10% levy. % – much lower than the rates. this would have been applicable if the money had not been hidden. The government’s objective was to raise 2.5 billion euros. The process, however, was a disaster. The tax administration was forced to relax the conditions and ended up collecting half of what was expected.

According to documents consulted by EL PAÃS, Guardiola filed the 750 form with the Tax Agency – the document used for the tax amnesty – and regularized almost half a million euros. This figure corresponds to the interest on money that had accumulated in the account between 2007 – the last year that was subject to review by the Tax Agency – and 2010, which is why it was submitted. at the 10% tax rate. He did not have to pay anything out of the salary he earned for the two seasons he spent at the Qatar club, as it was not prescribed. This newspaper was not able to determine the entire amount of money held in Andorra or the exact date of opening of the account.

The PP’s tax amnesty has proven to be controversial, as it has given many tax evaders the opportunity to launder their money at a reduced cost. The process angered tax inspectors and ended up being overturned by the Constitutional Court. But it has been operated by over 30,000 people, mostly businessmen.

Among the few names that were revealed linked to the process were political leaders and owners of some of Spain’s greatest fortunes: Rodrigo Rato, former deputy prime minister in the central government and former managing director of the International Monetary Fund (IMF); Francisco Granados, former right-hand man of Esperanza Aguirre, regional prime minister of Madrid between 2003 and 2012; Diego Torres, former partner of King Felipe VI’s brother-in-law, IÃ±aki Urdangarin, who is still serving his five-year sentence for embezzlement; JosÃ© Ãngel FernÃ¡ndez Villa, former mining leader of the General Workers’ Union (UGT); the brothers Antonio and Jorge Gallardo, owners of the pharmaceutical laboratories Almirall; Ildefonso Falcones, bestselling writer and author of The Cathedral of Mar; and Oleguer Pujol Ferrusola, the son of the former Catalan regional prime minister, Jordi Pujol.

It was not only politicians or business leaders with legal issues who benefited from this process, but also hundreds of small business owners or people with assets in other countries who had not put update their situation with the tax authorities, as was the case with Guardiola. .

The tax amnesty offered by the government was coupled with the disappearance of the opaque financial structures created abroad before the end of 2012. According to the sources consulted, this explains why Repox Investments of Guardiola was dissolved on December 21 of the same year, which was also the last year as BarÃ§a coach. In January 2013, the Alcogal law firm sent AFSI the documents relating to the dissolution of the company. Days later, Bayern Munich confirmed Guardiola as club coach: he would be paid â‚¬ 17m per season

The former Barcelona manager makes generous donations to non-profit organizations every year. Last year, he sent â‚¬ 1 million to the Angel Soler Daniel Foundation to help medical centers fight the coronavirus. He also made a number of donations to Activa Open Arms, the organization saving refugees in the Mediterranean. He continued this altruistic activity with organizations in Germany, and now in the UK.

The government’s pardon – after the 10% payment – of those who had hidden money abroad did not prevent the tax administration from subsequently opening inspections on a considerable number of people. who had benefited from the amnesty. The tax administration did not investigate the submission of Form 750, but used the data presented to investigate other irregularities. According to sources close to the football manager, Guardiola has not been inspected by the Spanish Tax Agency since 2012.