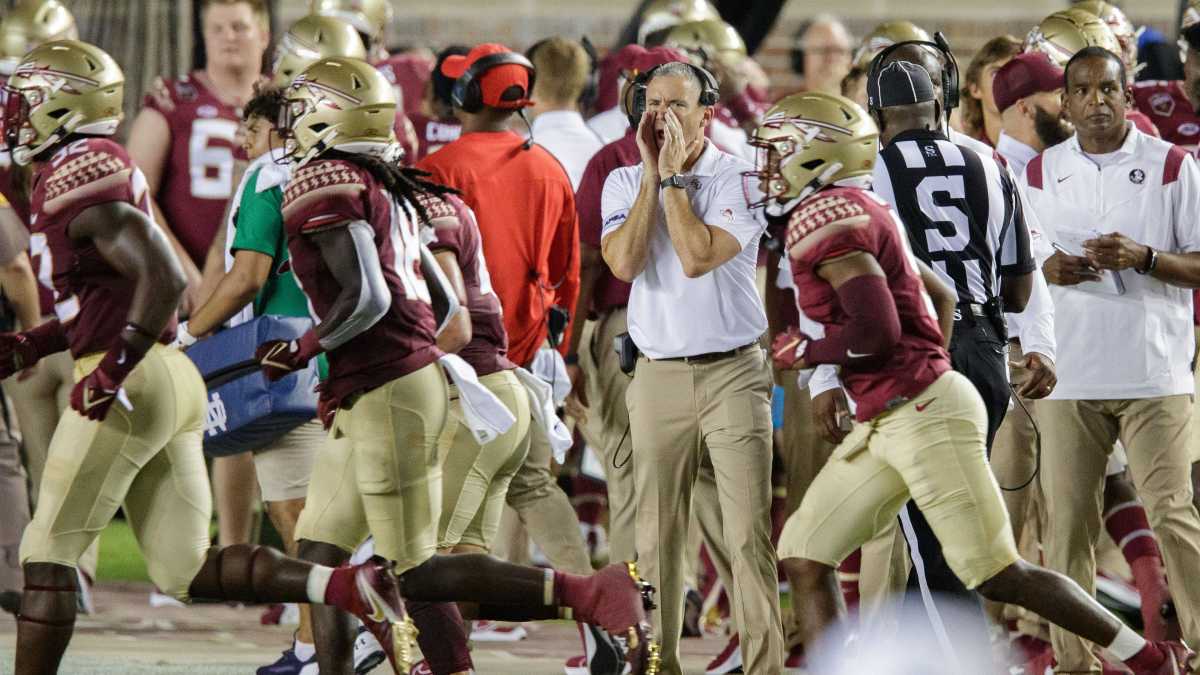 The best thing that can be said about last week is that it’s over and the Seminoles have their eyes set on Wake Forest. Florida State will be looking for its first win of the season on Saturday against the Demon Deacons. There’s no denying that this game is important to head coach Mike Norvell and his coaching staff. A meteoric loss here and the season could completely derail.

Over the past two seasons, FSU has retreated in the face of adversity. Sitting at 0-2 and coming off arguably the worst loss in school history, the program envisions another do-or-die scenario. Will the Seminoles show up and fight or act like they shouldn’t even have gotten off the plane? There is no certain answer.

One thing is certain, the Demon Deacons are not left out. With an attacking-minded coach in Dave Clawson and veteran quarterback Sam Hartman, there is potential for plenty of points on the board. Wake Forest hasn’t been tested much in their first two games, but they’re a respectable team that can smell blood in the water. Expect them to try to hit quickly.

Our staff provide their analysis and forecast for FSU at Wake Forest.

The positivity that floated after the close loss to Notre Dame has gone out the window. Once again, it is time for the State of Florida to shut up or shut up. At this point, the momentum built up throughout the offseason is likely to slip out the window.

This is a statement game for this coaching staff. Will they be able to focus and motivate the Seminoles after the worst defeat in school history? I do not know. Frankly, I’m just not confident enough about which version of this team will show up on Saturday.

What I do know is that a disciplined team like Wake Forest has enough weapons to run away from FSU this weekend if they start over slowly.

For some reason, I feel pessimistic about Florida State’s performance this coming weekend. We’ve heard some promising things about the last few practices and that the team have a ‘key’ goal for Wake Forest, but I’m not quite sure they still have enough chemistry to win their first game. outside under Mike Norvell.

FSU puts it together. There will be times when the game doesn’t go the way the fans want it to be, but I think the ‘Noles control the line of scrimmage, they direct the ball well and they make enough defensive plays to win.

Until Florida State shows me otherwise, I won’t pick them to win another game. They didn’t win a single game on the road last season, and Wake’s offense is a bit too versatile for an inexperienced defense. Game calls from both sides of the ball need to improve significantly, otherwise the afternoon will be long.

With their backs to the wall, the Seminoles came back from behind in the fourth quarter to claim their first win at Winston-Salem since 2017. Jermaine Johnson again recorded several sacks and first-year receiver Malik McClain led the ‘Noles in receiving.

It’s a common theme to see an FSU team that quit after the season got off to a bad start, but I think that won’t be the case for this team. The ‘Noles will react in the right way and take a huge road victory at Wake Forest. I expect FSU to rely heavily on their running game and expect them to do whatever they can to disrupt Demon Deacons starting quarterback Sam Hartman.

This Saturday couldn’t be more important for the ‘Noles. After a historically shattering loss, the State of Florida must react. When faced with an below average Wake Forest team, they can do just that. If the offensive is well prepared, I expect the state of Florida to pull through.

Two games made the difference by potentially being 2-0 and not 0-2. I expect FSU to put together a well-rounded game and sort of Wake Forest with a win.

I continue to give the Noles the benefit of the doubt but this time I can’t. I think this game will be closed until Wake leaves late.