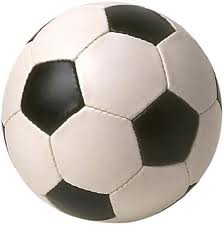 “We are pleased to have Coach Arellano at PJC and look forward to this fall and the seasons to come with his leadership guiding the program,” said Dr. Pam Anglin, President of PJC.

The new coach has already scheduled soccer team trials for Saturday, July 17. The women’s test is at 12 p.m. and the men’s test is at 2 p.m. at the Noyes stadium on the Paris campus at 2400 rue Clarksville.

“It’s great to be back home, giving back to the community and the athletes of East Texas,” said Arellano, “and providing the athletes with opportunities to grow as individuals and in the world of professional football. East Texas has a great amount of talent that I’m sure we can help showcase at PJC. We can help these athletes succeed in life through soccer. I am delighted to start this journey and to share my experience and knowledge with the teams.

Arellano comes to PJC from Southwest Virginia Community College, a Division I school in Region X of the National Junior College Athletic Association.

Prior to joining Southwest, Arellano was an assistant men’s football coach at Alderson Broaddus University in Philippi, WV, a Division II program of the National Collegiate Athletic Association of the Great Midwest Athletic Conference (G-MAC). Arellano helped AB’s soccer program improve with a 7-11-1 record and guided them to the playoffs. He also assisted two soccer players who were named to the 2019 G-MAC All-Star Team.

He played for National Premier Soccer League team Tyler FC in their debut season in 2017 as a defensive leader. Arellano also played at the NCAA Division 1 level at the University of Texas at Rio Grande Valley, contributing to the UTRGV’s first season in the NCAA since 1997 and beating the # 24 ranked in the UNLV country in 2015. .

Arellano acted as captain at Richland College where he led them to the NJCAA National Final in 2014, losing the National Final match 2-1. Arellano was voted All-American for the 2014 NJCAA season.

Prior to his career, Arellano traveled to Mexico to continue his footballing career where he developed his knowledge, tactics and philosophy playing with Queretaro FC in the Liga MX (the best professional football division in the league system Mexican football).

Arellano is from Sulfur Springs, Texas. He received his BA in Exercise Kinesiology in Science from Southwestern University and his Masters in Sports Administration from Arkansas State University. He currently holds a “D” Coaching License from the United States Football Federation (enhancing a coach’s ability to positively influence players and teams).

For more information on soccer teams and selections, contact Arellano at [email protected] or 903-782-0398.