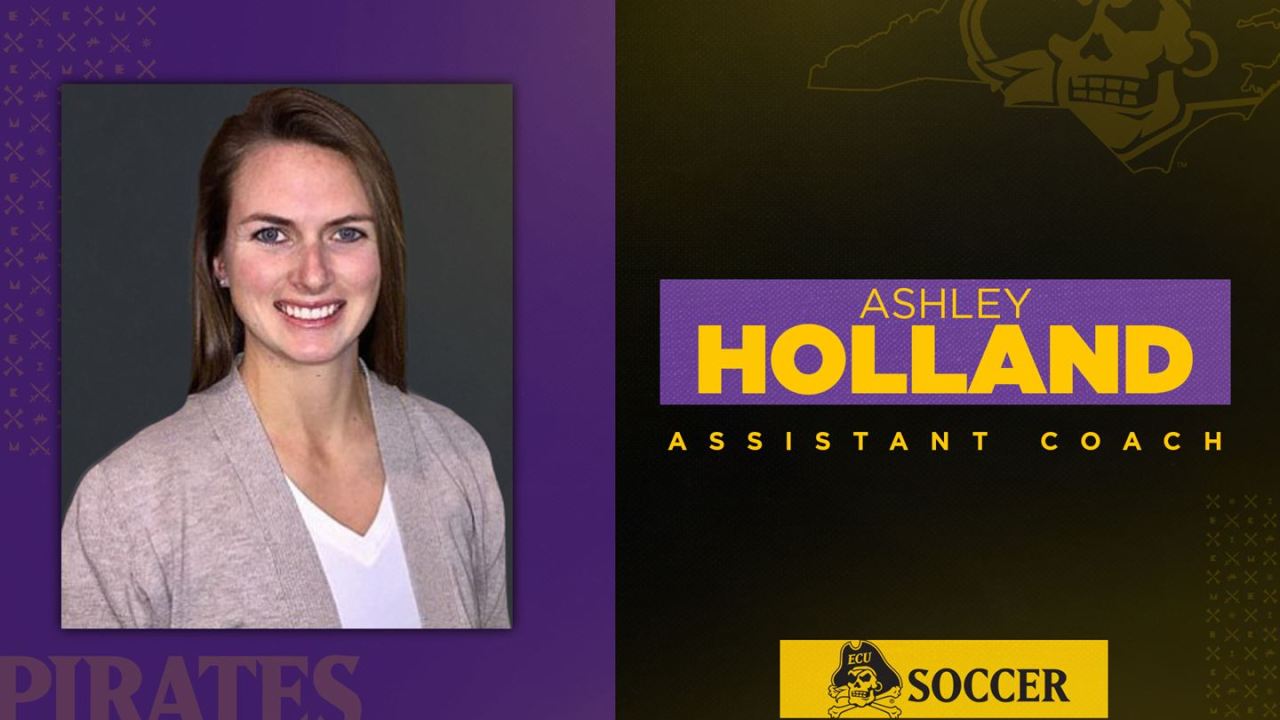 â€œWe are very happy to add Ashley to our staff,â€ said Hamilton. â€œHis experience will be invaluable as we continue to build something special here at ECU. Throughout the process, her enthusiasm for the position and the schedule matched very closely with (assistant coach) Emily (Buccilla) and me, making her the right person to join us. She will be a great asset to our team on and off the pitch.

Holland arrives in Greenville after serving as the goalie coach at the IMG Academy in Bradenton, Fla. While working at the elite athletic training academy, Holland worked with players at the U13 to U19 level, including goalkeepers from the United States Junior National Teams and the Porto Senior National Team. Rico. She also helped guide players through the college recruiting process and created individual training plans.

Prior to joining IMG, Holland was head coach of LSU Shreveport for three seasons. Holland helped restore the program that had been dormant for five years. The drivers recorded a 26-24-5 record under Holland, highlighted by a 13-5-2 score in 2018, which included winning the program’s first-ever Red River Athletic Conference (RRAC) championship and a place in the national NAIA tournament. Holland taught the first NAIA All-American in program history when Kati-Jayde Cunningham was an Honorable Mention All-American in 2018, and nine players took a total of 12 All-Conference honors under Holland, led by Mason. Richardson named RRAC defensive player. of the year in 2018.

Holland began his college coaching career at his alma mater, Benedictine. She served as the team’s first goalie assistant and coach from 2015 to 2017. Under Holland, Benedictine had a 42-6-1 combined, winning both regular season and tournament championships from the Heart of America. Athletic Conference (HAAC). The Ravens made history by reaching the semi-finals of the NAIA National Tournament for the first time in program history in 2015.

Holland has also worked at club and Women’s Premier Soccer League (WPSL) level. She served as the head coach and goaltending director of the FC Dallas East Texas Club from 2018-2020 and was also an assistant coach of the WPSL Shreveport Lady Rafters, coaching goaltenders in every practice session.

Holland enjoyed a successful playing career at Benedictine before joining the coaching staff. She has played 65 games as a goaltender for the Ravens, compiling an overall record of 45-10-5 with 24 career shutouts. She was named HAAC Defensive Player of the Year as well as a member of the All-HAAC First Team after a senior season in which Holland helped Benedictine reach the NAIA Top 10 and qualify for the quarterfinals. finals of the NAIA. She also helped the Ravens win two HAAC regular season championships and one HAAC championship title and was named to the HAAC first team in 2013 and the second team in 2012.