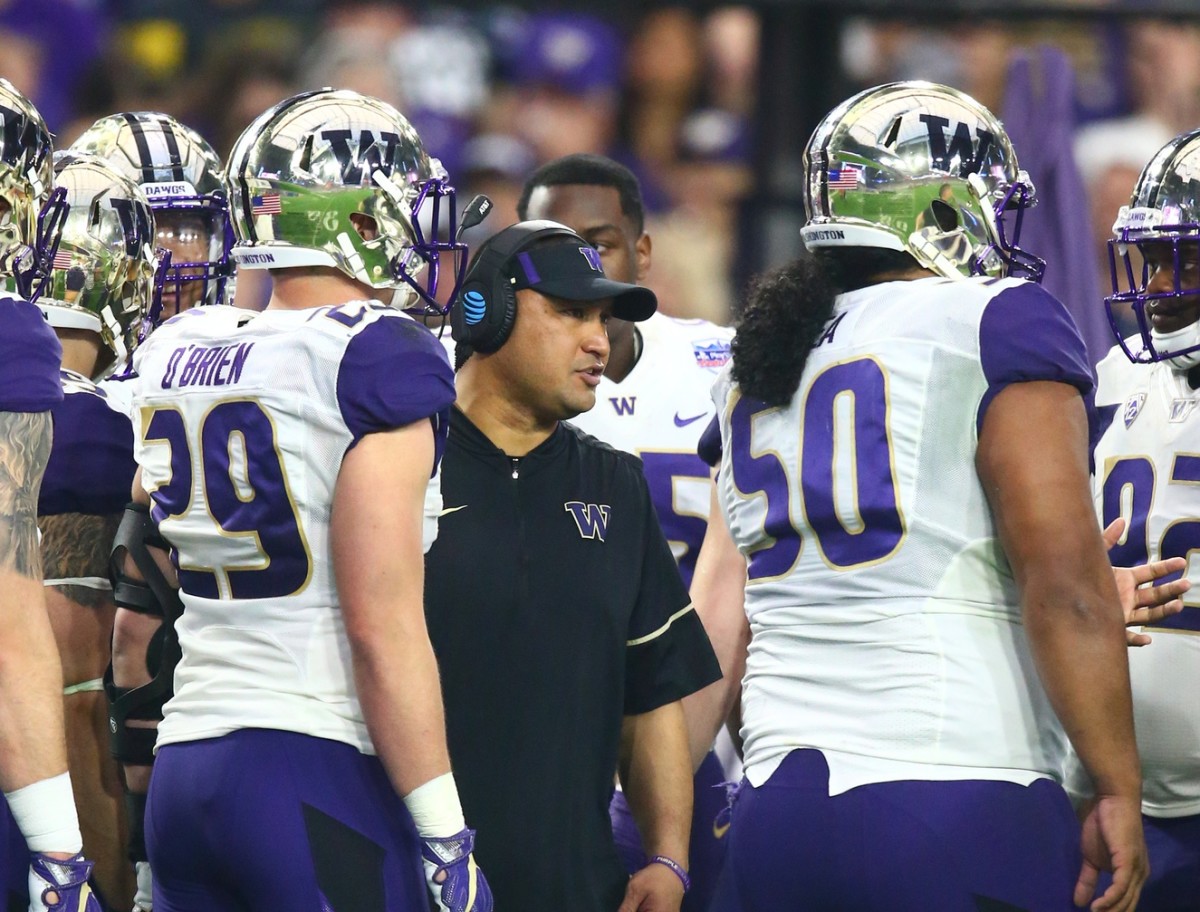 Todd Graham’s resignation as Hawaii football coach amid allegations that he abused his players shouldn’t affect anyone on the University of Washington’s current staff, but it could have an impact on one or more of the former Husky trainers who have recently taken up employment elsewhere.

A native of Hawaii, Malloe, 46, served as the Rainbow Warriors’ defensive line coach and special teams coordinator in 2008, a halfway stop between him playing safety and outside linebacker for the Huskies, then coaching at over the past six seasons at the UW.

Bhonapha, 41, played cornerback and safety for Hawaii from 1999 to 2002 and the California native remained with the Rainbow Warriors as a graduate assistant for the next three seasons.

With his long UW coaching experience and quick hiring from UCLA, Malloe is seen as a popular choice to replace Graham, the former Arizona State head coach who resigned from his Rainbow Warriors post on Friday. Originally a member of Chris Petersen’s UW coaching staff, Malloe is considered an ace scout, especially when it comes to signing players of Polynesian descent.

Bhonapha has also gained solid credentials and looks set to move into the coaching world, especially after becoming an associate head coach upon his return to Boise State, where he coached before joining the UW on Petersen’s staff.

Hawaii isn’t opposed to hiring an assistant coach as the football leader, having previously promoted offensive coordinator Nick Rolovich to Rainbow Warriors head coach before he left for Washington state and was fired for refusing to be vaccinated as required by the state.

Head over to si.com/college/washington to read the latest Husky Maven stories as soon as they’re published.

Not all stories are published on fan sites.