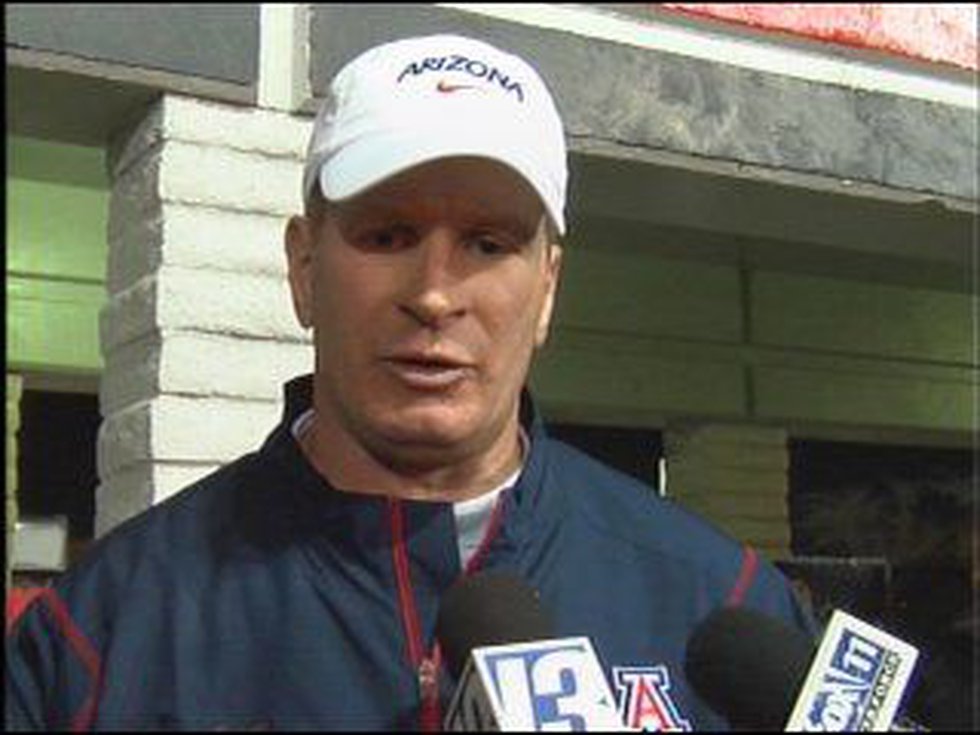 Mike Stoops, a 35-year veteran as a college coach who is the brother of head coach Mark Stoops, has been named inside linebackers coach, the school announced today. He replaces Jon Sumrall, who was named head coach at Troy University.

“I’m thrilled to have the opportunity to coach with Mike again,” said Mark Stoops. “Mike was instrumental in my early development as a coach as I learned a lot from him at Arizona. He has extensive experience as a head coach, coordinator and positional coach. looking forward to seeing him contribute to the Kentucky staff.

Mike Stoops was most recently at Florida Atlantic where he spent the 2021 season as defensive coordinator and safety coach. Prior to that, he spent two seasons (2019 and 2020) at Alabama as an analyst on Nick Saban’s staff, highlighted by the 2020 National Championship. He also served as an assistant head coach and defensive coordinator at Oklahoma from 2012 to 2018 and head coach at Arizona from 2004 to 11. He had a first tenure at Oklahoma from 1999 to 2003, including the 2000 national championship season.

“I want to thank everyone at the University of Kentucky for this exciting opportunity to coach inside linebackers,” said Mike Stoops. “Mark, his team and these players have accomplished a lot, while participating in the Southeastern Conference, to put Kentucky’s football program on the map. I look forward to working with Coach (Brad) White in defense and contribute to the development and success of our players and our team. Come on cats!”

Wherever he was, Stoops put up commanding defenses and coached some of the best players in college football. In 2001, linebacker Rocky Calmus won the Butkus Award (top linebacker). In 2003, Oklahoma defensive backs Roy Williams and Derrick Strait became the only players to win both the Nagurski Trophy (top defensive player) and the Thorpe Award (top defensive back) in the same season. That same year, Sooner defensive tackle Tommie Harris won the Lombardi Award, while linebacker Teddy Lehman won both the Butkus Award and the Chuck Bednarik Award (Top Defensive Player). In 2007, Arizona cornerback Antoine Cason won the Thorpe Award.

During his tenure as head coach at Arizona, Mike Stoops won 41 games and posted 84 program records over seven seasons. The Wildcats played in three consecutive bowl games from 2008 to 2010, posting winning records in each of those campaigns. In 2009, Arizona went 8-5 overall and finished second with a 6-3 mark in the Pac-10 with a Holiday Bowl bid.

In his 35 years of coaching, Stoops coached 28 bowling games and coached over 40 players in the NFL.

Mike Stoops, like Mark, played college football as a safety in Iowa. Mike earned United Press International First Team All-America honors in 1984. He was also a two-time First-Team All-Big Ten selection in 1983-84 and led the Big Ten in steals in 1983, totaling six in nine games. After graduation, he played in the National Football League as a defensive back with the Chicago Bears and Atlanta Falcons. He began his coaching career as a graduate assistant in Iowa in 1986 before later moving to Kansas State from 1992 to 1998.