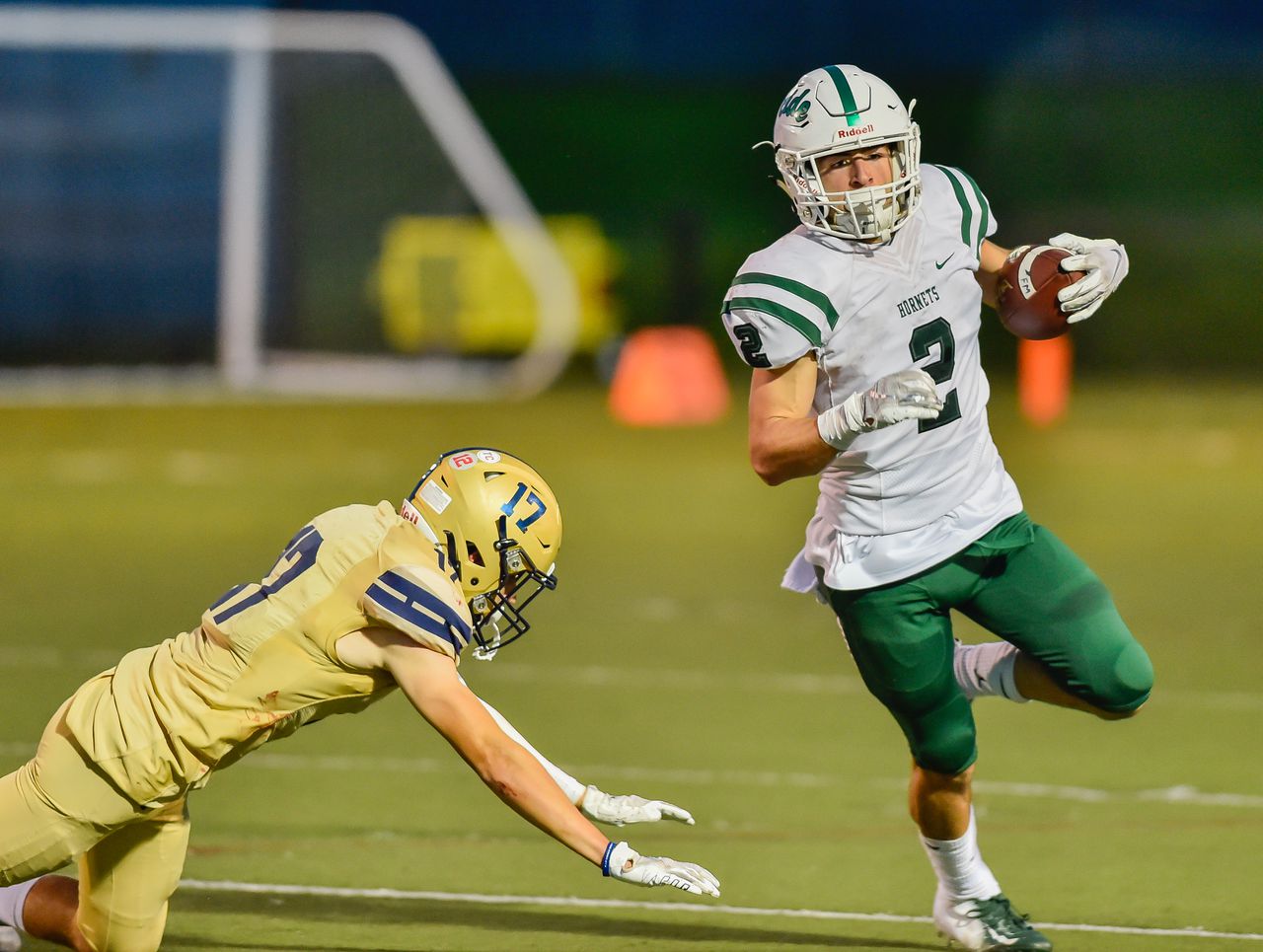 Halfway through the schedule, syracuse.com polled all of the section’s coaches for their picks for the team’s MVP. Here are the results of those who responded.

RB / DB Ray hennessey: “He carried the workload running while he was a senior Jake khouri got acquainted (had not played since junior high school) and junior Colin Blanc was recovering from foot surgery on a baseball injury this summer, â€said coach Rob Hennessey. â€œHe also replaced the linebacker in which he led the team with 13 solo tackles and 98 rushing yards on 13 carries while Brandon moore had to be absent from Game 3 against Sandy Creek due to Covid protocol. “

RB Elie Benson: â€œElijah has a great combination of size, power and speed. He has excellent vision and is a very good blocker, â€said coach Dave Moskov.

QB Jonas Mullin: Jonah does a great job leading this team with his work ethic and maturity. He’s one of only four seniors this year, so his leadership has been badly needed, â€said coach Matthew Lyndaker.

QB / DB Connor Dean: Connor led our team on both sides of the ball. He has, without a doubt, been the team’s MVP, providing clutch sets for the team. He’s averaging three touchdowns per game in the first four games, â€said coach Jake Bates.

KG AJ Rothfeld: â€œAJ is a force on the football field. He travels at a different speed than most, â€said coach Kyle Martin. â€œHe’s currently leading the team in tackles, forced fumbles, tackles for a loss, yards and touchdowns. He is also our punter and holder of the PAT. His game IQ is so high it’s like having another defensive coach on the pitch.

QB Colby Renard: “He is the leader of the offensive and has made what we are trying to accomplish as his own. His improved passes led to some big plays for our offense which helped us make ourselves more explosive, â€said coach Kevin Matteson.

QB Aiden Cavotta: â€œHe was a good example, a hard worker and he has a good character. He’s a very good athlete and a great student, â€said coach Bill Cretaro.

QB Liam Ford: â€œHe is a leader and composes himself with confidence and poise at all times. He is an exceptional mentor to the young players on the team, and I believe he has yet to show his best performance, â€said coach Michael Croft.

RB / LB Dylan hart: â€œDylan is a natural leader on the pitch,â€ said coach Mike Jory. â€œIt gives you 100% of the effort, 100% of the time. Dylan is not taking off and is certainly the spark of this team. He makes or assists almost all tackles. Dylan has the ability to turn a broken play or likely backfield tackle into a five-yard gain with just his athleticism.

WR / DB / KR Rasean Patterson: â€œRasean has three kickoff returns for touchdowns so far this season. He’s been a key special teams player as well as a starter on both sides of the ball, â€said coach Kevin Ryan.

QB / DB, Jake calabro, TE / LB Daddy, FB / MLB Sam sorenson: “Jake Calabro’s calm and cool demeanor and his decision making allow everyone to improve their game, especially in attack,” said coach Gary Podsiedlik. “Never take a day or a part for granted.” Will does everything, including making sure our dynamic warm-up is done in a way that ensures our daily readiness and continued health. Sam is an exceptional fullback who knows how to finish a run, catch a pass and, more importantly, no matter which of our four fullbacks are running behind him, they’re all capable of running over 100 yards in every game thanks to his blocking the lead.

Note: Podsiedlik was keen to add that these picks reflect what his players would say and his coaching staff think the whole team shares the MVP’s congratulations as well.

RB Luge Tre’jure: â€œHe’s our most reliable player who can call the defense and knows every position in attack. We call it “do it all, Trey”. It’s nothing this kid can’t do, â€said coach Cedric Stevens. â€œHis future is bright and he’s definitely a kid that I see in my eyes playing at the next level. Most importantly, he’s a phenomenal student-athlete. He’s so well-bred and comes from a big family, and that stands out in his upbringing. A great role model, he never speaks, such a calm kid. He will lead us in most categories when we make the playoffs this year. “

QB / CB Ethan West, RB / LB Mason Zych: “(West) is a 3-year-old starting quarterback and is leading our attack with incredible leadership and execution,” said coach Tee Murabito. â€œ(Zych) is everywhere on our pitch in every phase of the game. His leadership and work ethic are remarkable. He leads our team by scoring in attack and tackling in defense.

RB Logan mathews and his offensive line: â€œLogan is a hard-line kid who breaks a lot of tackles to get the job done,â€ said coach Jason Primrose. â€œAs you know, a running back alone doesn’t get very far unless the line blocks. The line game is intimately linked to Logan’s success They are Josh McManus, Ethan Hart, Kaiden Whiteside, Mason sinclair and Riley wallace.

QB / DB Casey wilson: â€œCasey took the leadership role and worked hard to lead us on both sides of the ball and also lead us in tackles,â€ said coach Paul Monnat.

RB / DE Ashton burian: â€œAshton has proven to be one of our main leaders. He leads our rushed attack after three games and has done so on a variety of races. We can’t wait to see how he can finish his senior year, â€said coach Bradley Keysor.

QB Cody Spann: Cody has been a leader on and off the field. He holds both sides of the ball. He leads the offense without hesitation and leads the team in defensive tackles. He is also a member of many special teams, â€said coach Michael Absolom.

QB / LB Parker McBride: â€œLead the team on and off the pitch. He carries the load offensively (leads the team in races) and makes defensive plays (three sacks and five TFLs to go with his 27 tackles). Lead by example and compete every day to improve, â€said coach Robert Piascik.

QB Brayden Shepardson: â€œBrayden has been exceptional and diligent in learning our offense as the team’s quarterback,â€ said coach Todd Hobin. â€œWe challenge our quarterback to be able to handle a wide variety of formations, racing games and routes. He quickly learned to master all of these facets, which correlates with his success with statistics. We can’t wait to see how the second half of the season unfolds for him. “

OL / MLB Anthony keyshaw: “He is the leader on both sides of the ball and never leaves the field,” said coach Adam Griffo. “He definitely sets the tone for the team and is a great example to the younger ones on the team on how to play the game.”

DaShawn Hutchinson: â€œ(He) is our offensive and defensive leader. He comes to play every day and will have to dominate the second half of the season if we are to turn this ship around, â€said coach Curtis Schmidt.

Bounce back: 12 Section III football teams that got better this fall