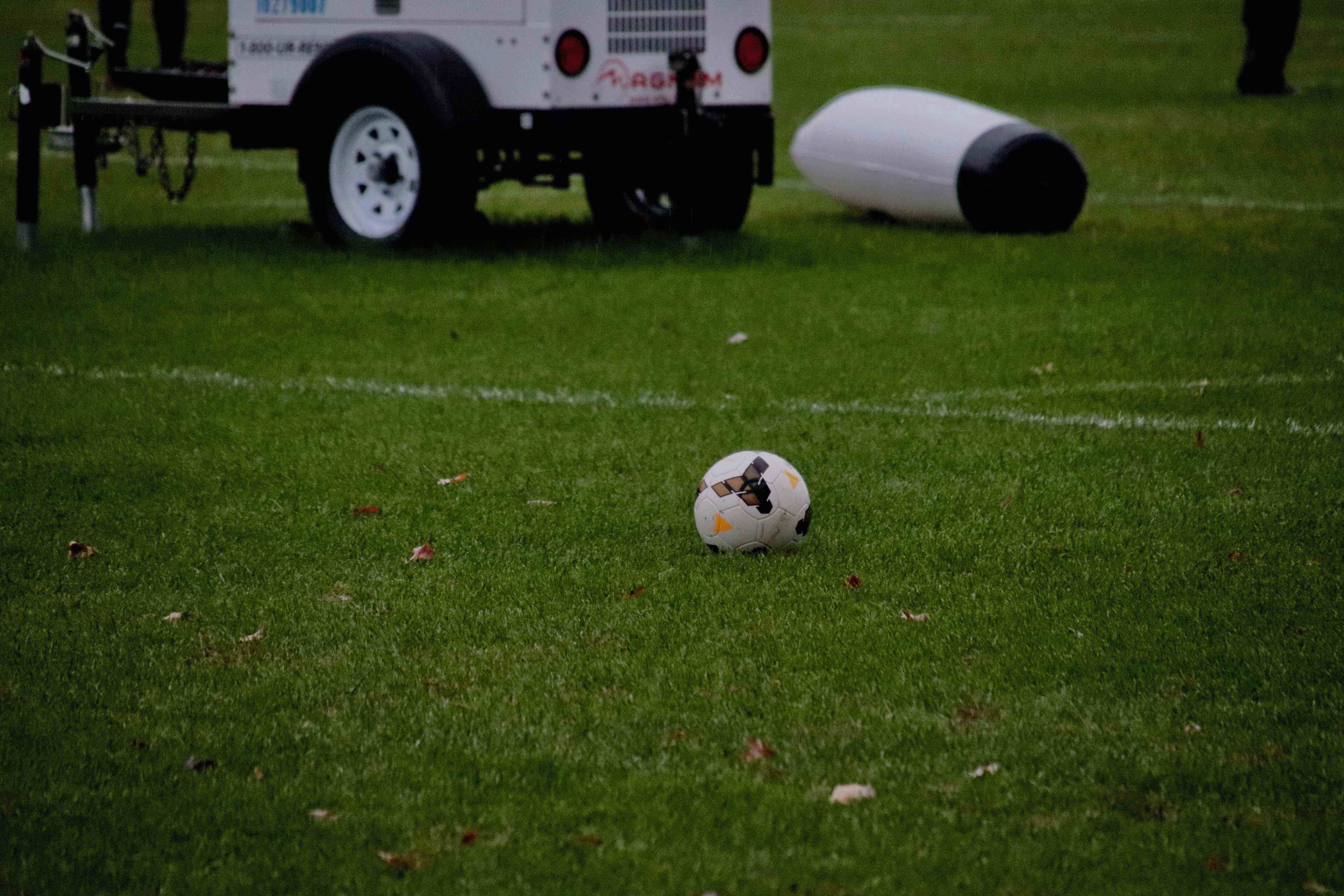 History can be rewritten, as the men’s soccer team proved last weekend. On Saturday, the Unranked Polar Bears defeated Division III second-seeded Amherst College by a score of 1-0.

Led by a thrilling Charles Ward ’22 header, the Polar Bears defeated Amherst in a men’s soccer competition for the first time in 13 years.

Right-back Carlton Steinberg ’24 acknowledged the historic rivalry and precedent set between Bowdoin and Amherst in his mental preparation for the game.

â€œI was really excited because I know the story between Amherst and Bowdoin created a great rivalry,â€ said Steinberg. “[Bowdoin hadnâ€™t] beat Amherst for a long time, so [the team] was all on fire. I felt like I had to [win] for the team. “

The thrill persisted during the game for Steinberg as he hadn’t experienced the joys of such an intense sporting environment for a long time due to COVID-19 restrictions.

â€œWhen you score a goal you can celebrate with your teammates and run to the corner where all the fans are,â€ said Steinberg. “The crowd was going mad [during the Amherst game]. We haven’t experienced this excitement for so long, and it’s so good to get back to some sense of normalcy. “

Considering the high stakes of the game, the team prepared by studying Amherst’s tactics closely.

â€œAmherst has a specific style of play, so we have to prepare differently for [them] than for any other team. We made sure we were in good shape defensively and ready for [Amherstâ€™s] throws. Their throw-in is like another corner kick, â€said Steinberg. â€œWe also had to prepare for their physique because they are such an athletic and aggressive team. “

Head coach Scott Wiercinski echoed Steinberg’s sentiments, crediting his team for training in a way that boosted their confidence against Amherst.

â€œWe tried to care about ourselves rather than our opponents, more than in previous years. We wanted to do it well with ourselves in terms of the way we play, â€said Wiercinski. “[Our team] was really aggressive with our [style of play], which always leads to greater confidence.

According to Wiercisnki, the team’s dedication to training has translated directly into the game.

“[The team] did a great job bringing the game to [Amherst] instead of playing retroactively, â€Wiercinski said.

After the monumental victory, many worries and uncertainties about the team’s potential for success were erased.

“Leading to [the Amherst game], there was some evidence to suggest that we should be a good team, but [the win] proved it, â€said Wiercinski. â€œWe have a lot of young players who haven’t played in [in-conference] previous games and we haven’t enjoyed a regular season at NESCAC, but the Amherst game showed us that we’re still a high potential team that should be tough to beat.

Steinberg shares his coach’s positivity and confidence in his fellow players, eagerly awaiting future opportunities for the team to solidify their position as a force to be reckoned with in Division III men’s football.

â€œWe now know that we can play against any team,â€ said Steinberg. â€œWe’re a tight-knit group and we have incredible team chemistry. We work well together and we play for each other which makes the team even stronger. “