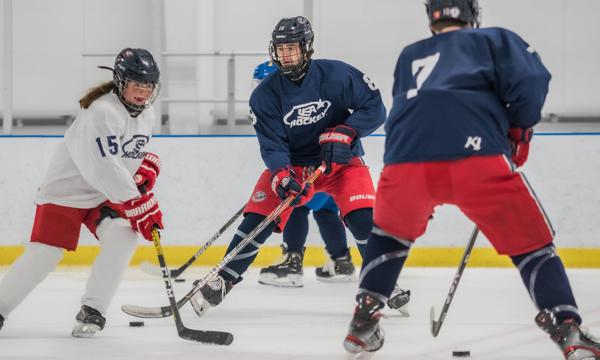 ON THE GROUND FLOOR FOR TWO GREAT HOCKEY INITIATIVES IN THE UNITED STATES
When USA Hockey founded its famous American development model in 2009, Mancini was one of the first ADM regional directors hired to help implement the new path forward for youth hockey in the United States. In 2014, the principles of ADM were adopted by the United States Olympic and Paralympic Committee to help athletes of all sports reach their full potential.

Mancini was also instrumental in launching another USA Hockey flagship program in the National Team Development Program when he joined the staff of head coach Jeff Jackson in 1996 and served helped set up the program architecture that largely exists today for the next four seasons.

Mancini, who played collegiate hockey at Colorado College (1978-1982), served on the coaching staff of several US teams during his career, including at the U17, U18, U20 and men’s national team levels.

A native of Seaford, New York, Mancini will take up his new role immediately. He will be based at USA Hockey’s national headquarters in Colorado Springs, Colorado.