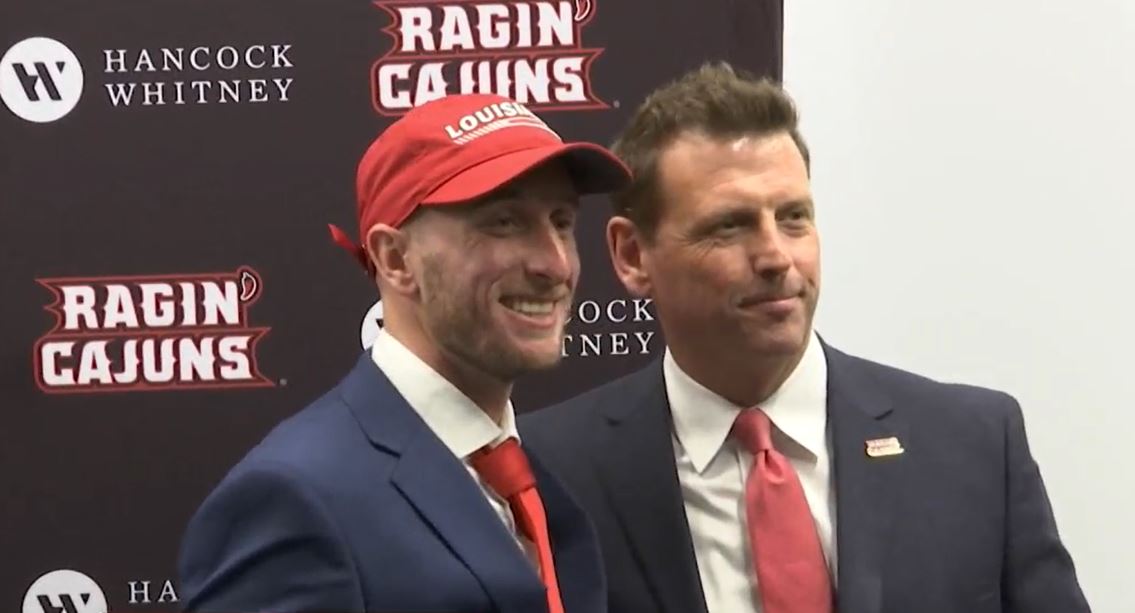 McBride’s hiring is subject to approval by the University of Louisiana’s System Supervisory Board.

“When we began the search for the next Louisiana Women’s Soccer head coach, we knew we wanted to find someone who had ties to the region and the Sun Belt Conference. Chris McBride ticks both of those boxes,” Maggard said. “Chris’ experiences, his keen sense of soccer and his ability to connect with his players made him an ideal fit for our program. We are thrilled to welcome him, his wife Sally and son Aidan to the Ragin’ Cajun family.

McBride joins the Ragin’ Cajuns of Southeast Louisiana, where he served as head coach of the Lady Lions program for the past five seasons. During his tenure, he led SLU to the 2020 Southland Conference Tournament title and guided the team to its fourth NCAA Tournament appearance, where they fell 1-0 in a closely contested game against No. 22. Rutgers.

After the 2020 season, he was named Southland Coach of the Year. Additionally, he coached the league’s Freshman (Emma Jones) and Newcomer of the Year (Makenzie Maher).

“I am incredibly honored to be tasked with leading the Ragin’ Cajuns Soccer program into the future,” McBride said. “I would like to thank President Joseph Savoie, Dr. Maggard, Dr. Jessica Leger and Duane Bailey for trusting me for this role. I have been incredibly fortunate to serve student-athletes throughout my career and look forward to continuing here in Lafayette.

Before coming to Hammond, McBride spent a season as an assistant coach at South Alabama under head coach Graham Winkworth. In his lone season, he helped the Jags win their fourth consecutive Sun Belt title and enter the NCAA Tournament.

Prior to joining the Jaguars, he spent four seasons at North Alabama where he guided the Lions to three appearances in the NCAA Division II Tournament.

McBride graduated from Martin Methodist in 2011, having served as team captain twice during a four-year career in which the RedHawks won a TranSouth Conference regular season championship and tournament title. league in addition to qualifying for the quarterfinals of the 2009 NAIA Tournament.

As a senior in 2010, McBride, who was selected as a three-time TranSouth Scholar Athlete, was named Academic All-American while simultaneously receiving the Tom Read Academic Award for highest grade point average of a male student-athlete and the Royce Hughes Physical Education Non-Licensure Award.

As an assistant coach in 2011, he helped MMC establish a 14-2-2 overall record as the RedHawks would win the TranSouth Regular Season Championship while advancing to the last 16 of the NAIA Tournament.

McBride was one of 30 coaches selected from more than 300 applicants in August for the 2017-18 United Soccer Coaches 30 Under 30 programme, a year-long education and mentoring opportunity for a select few young talents who have made football training their career of choice.

McBride and his wife, Sally, have a son, Aidan, and are expecting another son, Ewan, in May 2022.

What is a payday loan?