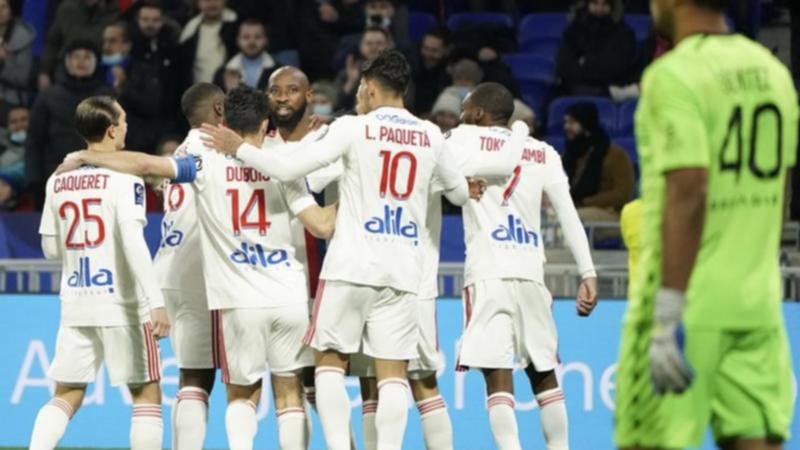 Reigning Ligue 1 champions Lille ended a two-game losing streak with a 1-0 win at Montpellier while Lyon relied on Nice 2-0.

Lille struggled throughout against their fiery hosts with goalkeeper Leo Jardim keeping his side afloat with four decisive saves in the first half.

He did not disappoint and was again decisive on the hour mark to deny an effort from Teji Savanier.

Lille took the lead against the run of play with 14 minutes remaining when Portuguese midfielder Xeka snatched the winner from the rebound after a thwarted effort from team-mate Benjamin Andre.

There was a fun moment in the match when Jonathan Bamba and Xeka rocked, paper, scissors to decide who would take a free kick.

Bamba won and his free kick from around 25 yards went straight to Montpellier goalkeeper Jonas Omlin.

Moussa Dembele put Lyon ahead from the penalty spot in the seventh minute with his 40th career league goal.

New Lyon players Tanguy Ndombele and Romain Faivre started and did not disappoint as they combined well to create Ekambi’s goal.

After an irregular first half of the season, Lyon have shown progress in recent weeks and have won four of their last five matches to move into sixth place, five points behind Nice.

Softball scares No. 8 Texas before falling to Longhorns