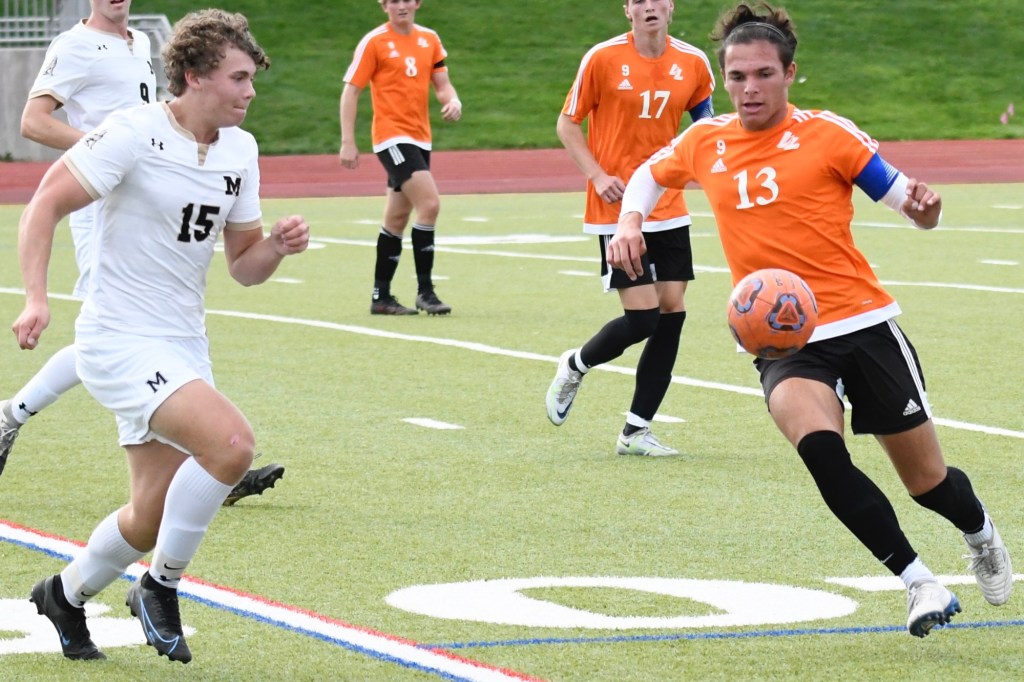 WESTMINSTER — With a No. 9 crest stitched onto special orange jerseys — the number and favorite color of the late Chris Reagan — the Legacy football program paid tribute to one of its former star players on Thursday afternoon.

Just maybe, another of the school greats went even further doing what he does best.

Reigning BoCoPreps.com Player of the Year Cooper Stephens scored twice and the Lightning beat Monarch 3-0 in their annual game dedicated to Reagan, who was an outstanding high school football player before die in a car accident in 2008.

“We play a game every year as a tribute to him,” said Lightning coach Tony Romano, who said he had a close relationship with Reagan when he was a program assistant in the late 2000s. has been a true contributor to the Legacy football community, both when he was here and since.”

Legacy (8-1, 2-1 Front Range League South), ranked second in this week’s CHSAA Class 5A Coaches Poll, scored twice within 3:14 of the first half at North Stadium en route to its second consecutive league. to win.

In a half that saw little to no separation for much of the opening 37 minutes, Zachary Nickell ruined a scoreless game with his first point of the season, netting between two defenders inside the surface.

Not three minutes later, Stephens hit a weird bouncy ball from 30 yards out that slid past freshman goaltender Logan Slusarchyk for his first of the game. His eighth goal this month then came against fellow Coyotes keeper Lochlin Cole after the break, netting him a penalty in the 73rd.

“It’s a pretty big honor to play for him,” said Stephens, who drew positive comparisons to Reagan from his coach. “He loved the game. We love the game. We played for him today.

Monarch (7-2, 2-1), which entered the top 10 for the first time in years, saw its six-game winning streak shattered.

The Coyotes, ranked 10th, had a good chance to take control in 18th on a shot from John Spong that went just wide. Then almost started again in the 22nd when Sean Kendall’s header with his back to the net was caught by goalkeeper Wesley Hempelmann.

The Coyotes and Lightning are just one game off the league lead.

“I’ve set goals for the team that we have to win every month,” Monarch coach Ryan Brady said. “We won the month of August (3-1). We just won September (4-1). We win October, we end up in the top 32 (for the state playoffs) and anything can happen.

Monarch will host Boulder on Monday, followed by an away game at Fairview next Thursday.

Legacy is at Mountain Range on Tuesday, then at home against Horizon on Thursday.