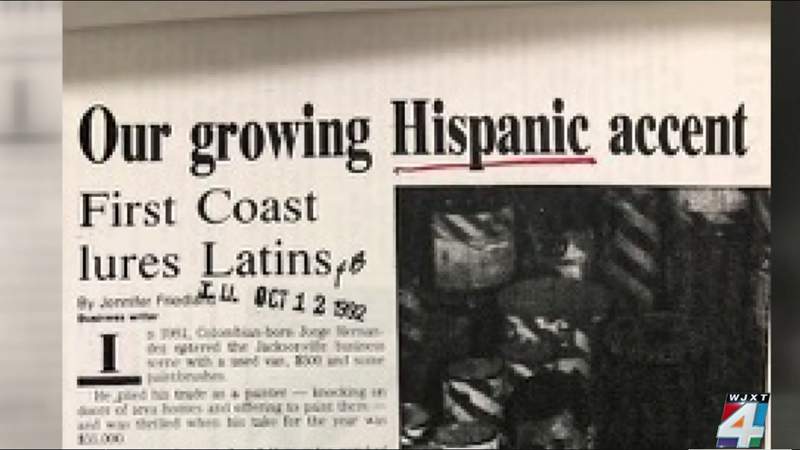 The Jacksonville Historical Society documents the history of the Hispanic communities of River City.

“What better way to document Latin American voices than to obtain community voices, which is what I did,” said Rebecca Dominguez-Karimi, oral historian and speaker for the Florida Humanities Council.

Dominguez-Karimi works with the Jacksonville Historical Society to record and share the untold stories of Hispanic communities across the city. She hopes this means their story will not be lost or forgotten.

“Voces of Hispanos Oral History Project and it will be part of the collections of the Jacksonville Historical Society, and it will be stored in their archives,” Dominguez-Karimi said.

Mario Decunto, licensed mental health counselor and participant, said this has never been done before.

These are just a few of the many other voices featured in this project, some of their stories dating back to the 1960s.

Dominguez-Karimi originally wanted to get 30 participants, but she passed it with 46. Her next goal is 100.

She said this series also marks a milestone.

Jacksonville’s Hispanic population has reached 11%, according to the latest census. A number that shows that their culture continues to flourish across the city of the river.

“When people came here, there were no restaurants, grocery stores, nothing,” Dominguez-Karimi said. “They had to go to Miami to do their shopping. Now I spoke with a woman who on her first day here found a Colombian restaurant on her iPhone, went there, and immediately jumped into the soccer final. This is how the experience is different now.

The Jacksonville Historical Society will host a series of lectures on the project next Thursday, October 14. This event is not open to the public, but these stories will be placed in the Company’s archives.