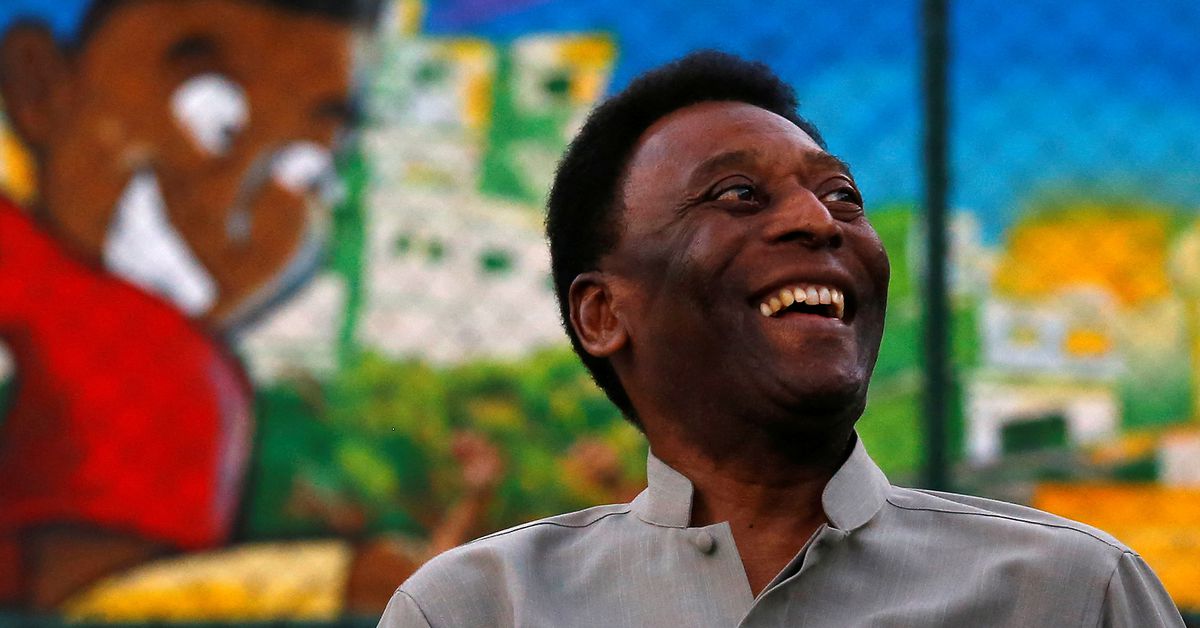 “I feel better every day”, says the great Brazilian Pelé

Brazilian football legend Pele laughs at the inauguration of a renovated football pitch in the Mineira slum in Rio de Janeiro on September 10, 2014. REUTERS / Ricardo Moraes

“Friends, it’s been a while since we’ve talked about this. I want to let you know I’m fine. I’m feeling better every day,” a masked Pele wrote on Twitter.

“I don’t think even the mask for my protection can hide my happiness. Thank you very much to all of you who send me good energy on a daily basis.”

Her post, however, gave no indication of the progress of her chemotherapy.

PelÃ©, who turned 81 in October, said in September he would undergo chemotherapy for a tumor found during routine medical checks in Sao Paulo.

He later made fans around the world fear for his well-being after telling them, “I suggest you start to catch your breath to celebrate with me because with each passing day I get closer to scoring a goal. . “

The former Santos, New York Cosmos and Brazil player has suffered from a series of health issues over the past decade, particularly with his hip.

Widely regarded as one of the greatest players of all time, PelÃ© is the only male soccer player to have won three World Cup winner medals, winning the trophy with Brazil in 1958, 1962 and 1970.

He has scored over 1,000 goals in a distinguished career and has transcended the sport to become one of the most recognizable faces on the planet.

Reporting by Hritika Sharma in Bengaluru and Andrew Downie in London; Editing by Nick Macfie