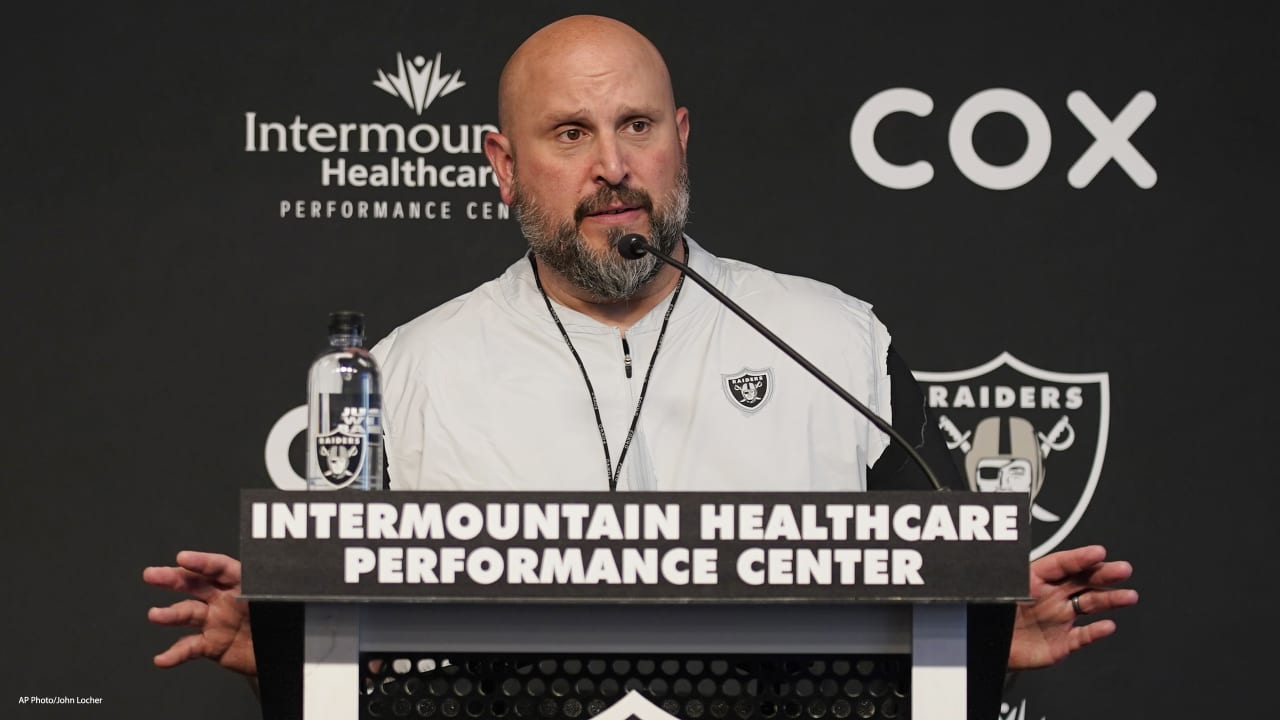 A philosophy so often preached in football and one that the Raiders offensive line embraces early during OTAs.

The young O line — anchored at left tackle by fifth-year starter Kolton Miller — is struggling to find its cohesion as a unit under a new coaching staff and terminology. Part of discovering that cohesion and learning their roles is by “throwing them in the deep,” as offensive line coach Carmen Bricillo put it.

“If you’re just going to teach them and go slow, then they’re just going to plateau,” he said of the training tactic. “Go with the shock system and let’s go. See what they can assimilate now.”

Bricillo comes to the Raiders with 17 years of coaching experience, having most recently coached the Patriots offensive line last season after making his NFL debut as an assistant coach in 2019. He was also in the trenches himself, having played center at Duquesne University. in Pennsylvania.

And he’s not the only new face in the offensive line room, as the group has seen several additions this offseason, including third-round pick Dylan Parham and seventh-round pick Thayer Munford Jr., both noted by general manager Dave Ziegler. were selected largely based on his versatility on the line – something Bricillo instills in all linemen due to how often injuries can occur in the league and the need to always be prepared for move when needed.