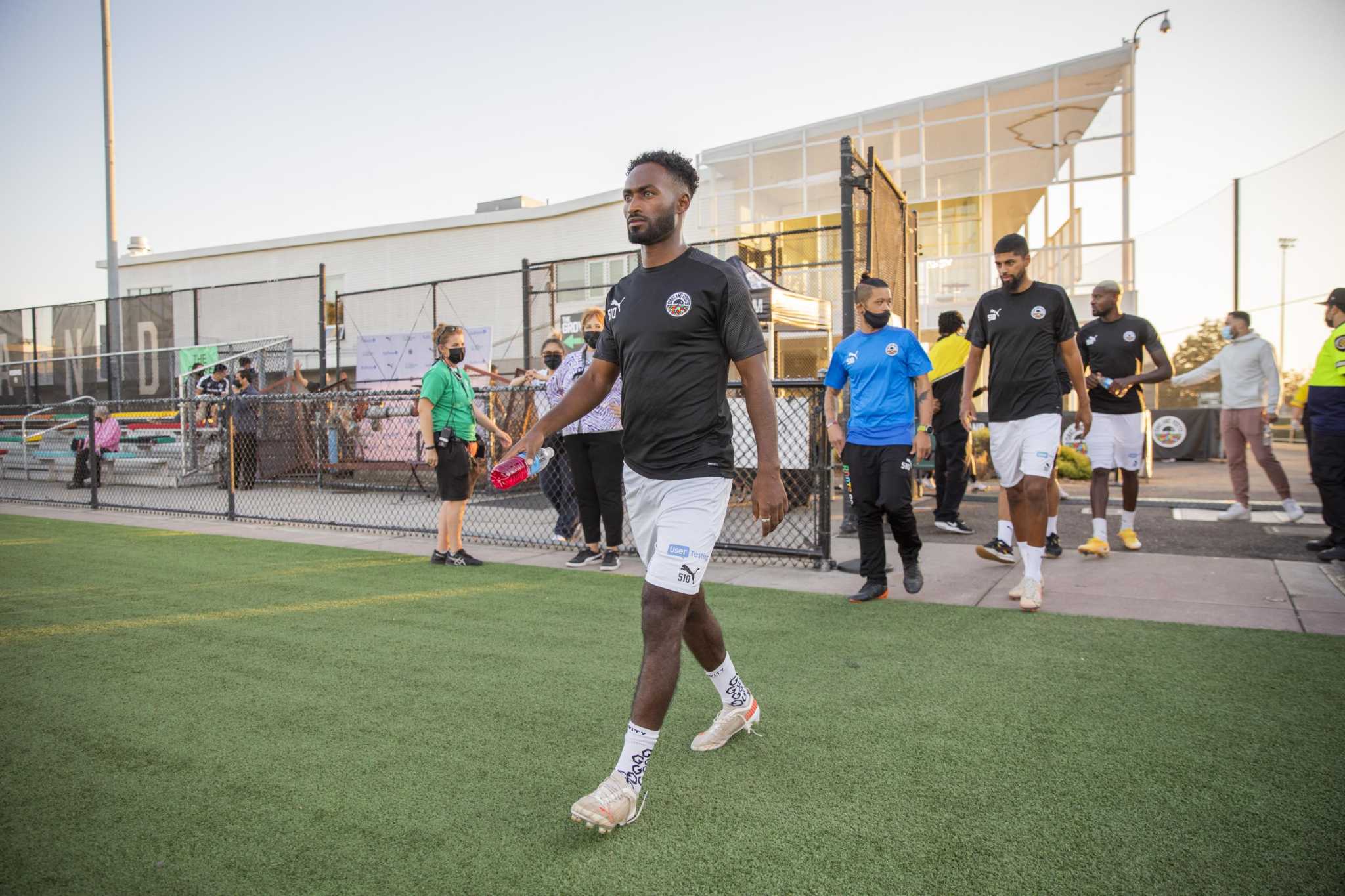 How an Eritrean refugee found his future in Oakland Roots

Eritrea is a small country along the Horn of Africa that offers its 3.5 million citizens no independent civil society groups, elections, opposition parties or news media.

If Yohannes Harish had not fled Eritrea at the age of 14, he could have been drafted into the military at any time, with no limit to the length of his service. But when Harish finally joined his mother in Oakland after an 18-month stay in Kenya, he missed his home country. Culture shock and limited English left him deeply alone.

Now a part-time rookie for Oakland Roots SC, Harish, 28, thanks Soccer Without Borders – an Oakland nonprofit that serves immigrant and refugee youth through football, education and development programs. community – for making him feel at home in the United States. The Oakland International High School SWB team provided a comfortable environment for her to learn English, make friends and improve her skills.

Many of Harish’s teammates understood his struggles because they had endured similar struggles in assimilating into the United States. In fact, Harish had a relatively easy transition compared to some of his SWB peers. At least he had his mother who, when she wasn’t working as a nursing assistant at Kaiser Permanente or studying for her GED degree, picked him up in training in her Toyota Prius.

Some SWB participants settle in the United States from developing countries such as Iraq and Afghanistan. Everything is difficult, to find accommodation, to avoid hunger, to stay in touch with loved ones.

When San Francisco-born Ben Gucciardi founded SWB in 2007, he wanted to use football to build a more inclusive society. His hope was that by bringing together immigrant and refugee youth in a team-oriented setting, he would ease one of the most difficult times of their lives. Along the way, SWB participants would learn English and nutritional skills to help them thrive on and off the pitch.

These days, SWB has programs in five states and three countries. It serves around 1,900 young people at risk in 37 countries and 29 mother tongues. The Oakland Chapter has a high school graduation percentage between the low to mid-1990s, about 20 percentage points better than the Oakland Unified School District.

“When I first moved here I was really struggling to cope with the new environment,” said Harish, who now sits on SWB’s advisory board in Oakland and participates in its summer programs. “If it hadn’t been for Soccer Without Borders, I don’t know where I would be right now.”

As one of the Roots’ “Specialty Partners”, SWB receives dozens of free tickets to occasional home games. Gucciardi said his children’s eyes widen when they see Harish on the pitch. SWB’s mission doesn’t revolve around producing professional players, but the story of the small midfielder reminds young SWB participants that they can overcome long chances.

Harish was born in 1993, just two years after the end of a decades-long war, with Eritrea becoming a nation separate from Ethiopia. However, it didn’t take long for Eritreans to realize that independence didn’t necessarily mean freedom. Isaias Afwerki – the country’s first and only president – ruled with ruthless force, never having implemented a 1997 constitution that was supposed to guarantee civil rights and limit executive power.

Growing up in a small town outside the capital city of Asmara, Harish saw from a young age how much control the government had over people’s lives. His father had to sell the family bar after he was suddenly forced to return to the military. Upon his return years later, he opened a farm and enlisted his children to help run it.

As a preteen, Harish spent many days waking up at 4 a.m., milking cows and picking vegetables until he left for school at noon, then performing other farm chores after returning home at 5 p.m. This left him little time for his greatest passion, football.

When Harish was 10, his mother fled to Saudi Arabia before eventually moving to the United States and settling in Oakland. Four years later, Harish flew alone to Nairobi, Kenya, where he met a cousin and lived in an Eritrean neighborhood while waiting for his US papers to be processed. What was supposed to be a three-month hiatus has turned into a one-and-a-half-year stay.

Unable to enroll in school in Nairobi, Harish spent his time reading and playing football against adult men on a nearby pitch. When he finally reunited with his mother in Oakland at age 15, he spoke no English, had little knowledge of American culture, and felt overwhelmed every time he left home.

After passing an entrance exam, Harish was placed at Oakland International High in the Temescal neighborhood, where he shared lessons with other newly arrived immigrants. SWB had recently started programs at school and Harish became obsessed with the practice. He hasn’t missed a single training session in his four years. Every morning Harish would arrive at school an hour early to kick the ball around the parking lot with friends.

“Yohannes had natural abilities when he first joined us, but it wasn’t like I looked at him in those early years and thought, ‘This kid is going to be a pro,'” Gucciardi said, who played for the San Francisco Seals – a now defunct minor league team – before founding SWB. “He just put in so much work and time that he just kept growing and growing and growing as a player.”

Gucciardi put Harish in touch with a trainer at Holy Names University, a small Division II school in Oakland, who offered him a scholarship after observing him in training. Four years later, Harish – an all-conference player for the Hawks – stood next to his mother and Gucciardi at his team’s senior ceremony.

His plans to attend medical school were put on hold when he received an invitation to train with the Roots, Oakland’s upstream professional football team. Today, Harish is the only Roots player remaining from their first year in the National Independent Soccer Association in 2019.

When the club made a significant leap in the competition entering the United Soccer League second division championship this season, technical director Jordan Ferrell made sure Harish sticks around. His worldly outlook and laid-back personality make him a unifying force in the locker room.

On the pitch, he’s a skilled dribbler who knows how to read defenses and make the right pass. Despite suffering a lingering hamstring injury this season, Harish has started six games, totaling one goal and one assist.

“His style of play is obviously influenced by his background,” Ferrell said of Harish, whose No.91 jersey is a nod to Eritrea’s year of independence. “It gave him courage. It gave him some determination.

Harish plans to give himself at least two or three more years to see if he can reach Major League Soccer. In the meantime, he will continue to run the Golden Boots Academy – the football training program he co-founded – helps SWB’s various initiatives and plans to open a football academy in Eritrea.

In the 14 years since leaving, Harish has yet to see his father, stepmother, and several siblings there. A brother fled to Italy; another is in Germany. They talk to each other regularly on the phone. His father often tells Harish that he is proud of him.

“Even after all these years, I still think about them all the time.”