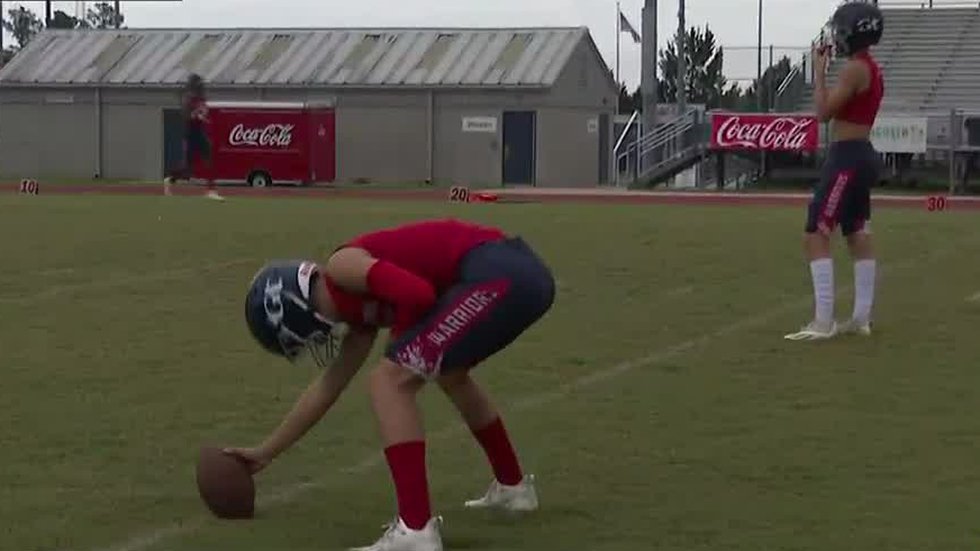 GROVETOWN, Ga (WRDW / WAGT) – On Friday night, the Grovetown Warriors are looking for back-to-back wins. The team just picked up their first victory of the season last week under the guidance of a brand new manager.

Head Coach Cory Evans is super excited. He says his team is finally gaining momentum and embracing the great things his coaching staff preach. And they say the hard work doesn’t start on the court, it starts in the weight room.

For the Grovetown Warrior’s, it’s all about discipline, responsibility and learning to overcome adversity. And Evans says they did just that.

â€œThis attitude, they want to work harder, this attention to detail, just the perseverance they have shown since the first week. You know, it’s like we talked about it earlier, we could’ve wrapped things up, but we really came together as a coaching team and as a team, we made some changes and we we’ve improved week to week since, â€said Evans.

It’s a young team with only a few dozen upper class students. 70 percent of Warriors are freshmen and sophomores. And coaches say they’re keeping them at a higher standard on the court, in the weight room, but even in the classroom and at home.

Keep pushing them and watch them grow.

â€œAnd our guys have responded to the challenges that we as the coaching staff put in front of them and they’ve just been climbing and climbing steadily and getting better and better and they were successful last week, but this is just the tip of the iceberg there is a lot more we want to accomplish, â€he said.

There is certainly a lot more this team is set to accomplish starting with a Friday night dub against Southeast Bulloch.