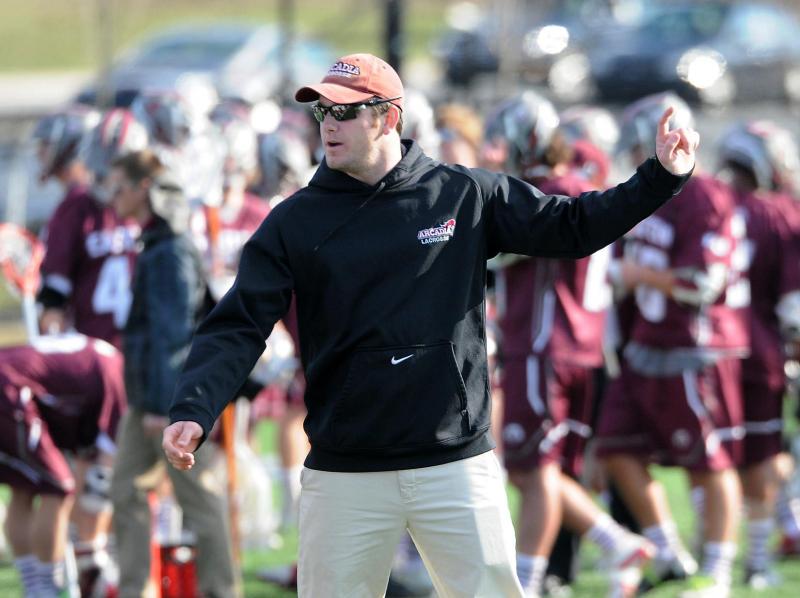 Jacksonville men’s lacrosse head coach John Galloway announced the addition of Frank Cook to his staff as an assistant coach on August 17.

“We are thrilled to welcome Frank to our Jacksonville family,” Galloway said. “In this process, we used the same critique that we use with our team; better people make better Dolphins. Franc’s wealth of experience coaching at the college level speaks for itself. “What pushed us over the edge was his character, his charisma and his passion. Our guys will feel his energy from day one.”

Cook comes to Jacksonville after previous stops as an assistant coach at Colorado Mesa and Arcadia, and recently spent time at Delaware Technical Community College, working as a student-athlete academic development specialist.

“I’m so lucky to have had some incredible opportunities as a player and a coach, and even more fortunate to have been able to experience them with great people,” Cook said. “Thank you, Coaches Koudelka, Stagnitta, D’Ambrogi, Tischler, Smith, Delaney and Shupard for the wisdom and insight you have provided over the years. After seeing the accomplishments of Coach Galloway and his staff, as well under the leadership of athletic director Alex Ricker-Gilbert, this program is on its way to national notoriety, fast. I knew this was an opportunity I had to take. I look forward to joining The Duval Mission and help each player achieve their goals on and off the pitch.

A graduate of Lynchburg in 2012, Cook was a starting goaltender for four years for the Hornets. Cook helped Lynchburg go 50-15 during his playing career. A four-time All-Old Dominion Athletic Conference draft pick, Cook was a two-time USILA All-American, as well as All-American varsity athlete honors.