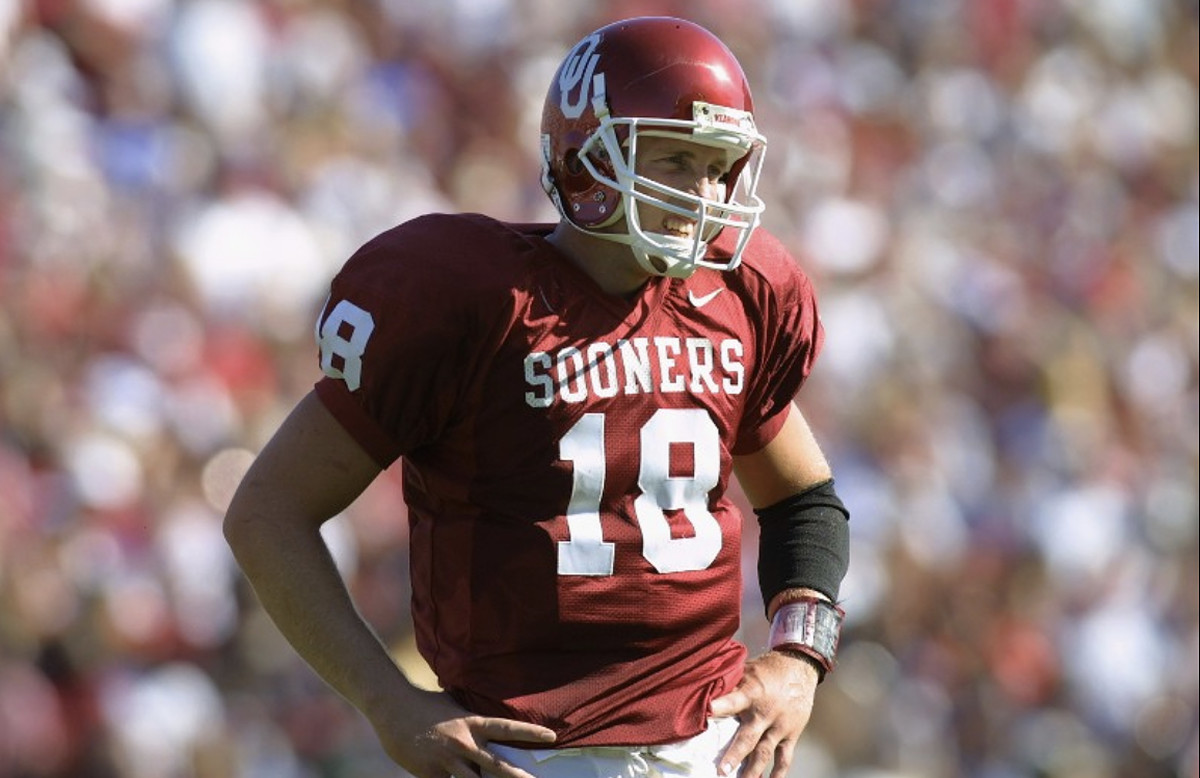 The 2021-22 Oklahoma team, players and coaches will be vastly different from any Sooners team in recent memory. After an offseason of change, there will be unfamiliar faces all over the field.

Although the new head coach Brent Venables spent 13 years with the Sooners, a lot has changed since he left. With all the misunderstanding surrounding the program, it is clear that current staff want to return to the old ways of the program. Starting with the spring game, it looks like former players spending time at Norman will be the new normal.

Venables stressed the importance of having Sooner legends in the building often repeatedly throughout his Tuesday press conference.

“I’m really happy to see all the old players back,” said Venables. “It’s going to be a terrific performance from them. It makes this place really special. There’s nowhere in college football that has the constant presence of University of Oklahoma alumni.”

He noted that by learning from past players, the privilege of playing in Oklahoma can be better understood.

On the other hand, former players are excited about the future of the program and the opportunity to get involved again. Many former OU players had lost connection with the program, including WR Kenny stills who expressed his concern on Twitter.

The current staff are clearly trying to rekindle any past relationships now, as Stills later tweeted that he got in touch with OU and even got to speak on the phone with Venables himself. This welcoming environment is one that will bring many players home on Saturday, including Stills.

“It’s unusual what we’re going to see here this weekend,” Venables said. “A few guys were there this morning, Tom Worth and Lane Johnson was able to talk to the team, woke up very early and was lucky enough to wake the boys up with encouraging words. It was really cool for me. And this weekend is going to be full of them.”

A massive and ever-growing roster full of old big names is a welcome sign for a new coaching staff trying to restore tradition. Countless Sooners from years past have tweeted that they will be attending this Saturday’s spring game. The coaching staff highlighted the importance of the weekend’s event in many ways, one being a way for current and former players to bond.

Team leaders like the quarterback Dillon-Gabriel echoed the enthusiasm of the coaching staff to often have former players in the building. The team as a whole is eager to interact and learn from the Sooners of the past.

“The most important thing when they come back is man, it’s a privilege to play here,” Gabriel said. “Just having guys coming back, those are guys you look up to and continue to look up to. That’s why I’m super excited for the spring game and to be able to meet a bunch of guys who’ve played here and love it so much. this place. I can just see the passion they have for here. And Sooner Nation, how much passion they have for this football team. For sure, it’s special.”

Current players are not the only beneficiaries, however. The chance to return to Norman also has many former players excited.

A common hashtag among these old Sooner posts is #SoonersForLife. This exactly echoes this newly added corner Kani Walker said Tuesday on his reasoning for choosing Oklahoma. The new coaching staff wants to build a place where old players have a forever home.

“Unfortunately a lot of them can’t play for us,” joked Venables. “But it will be a very, very good day for us.”