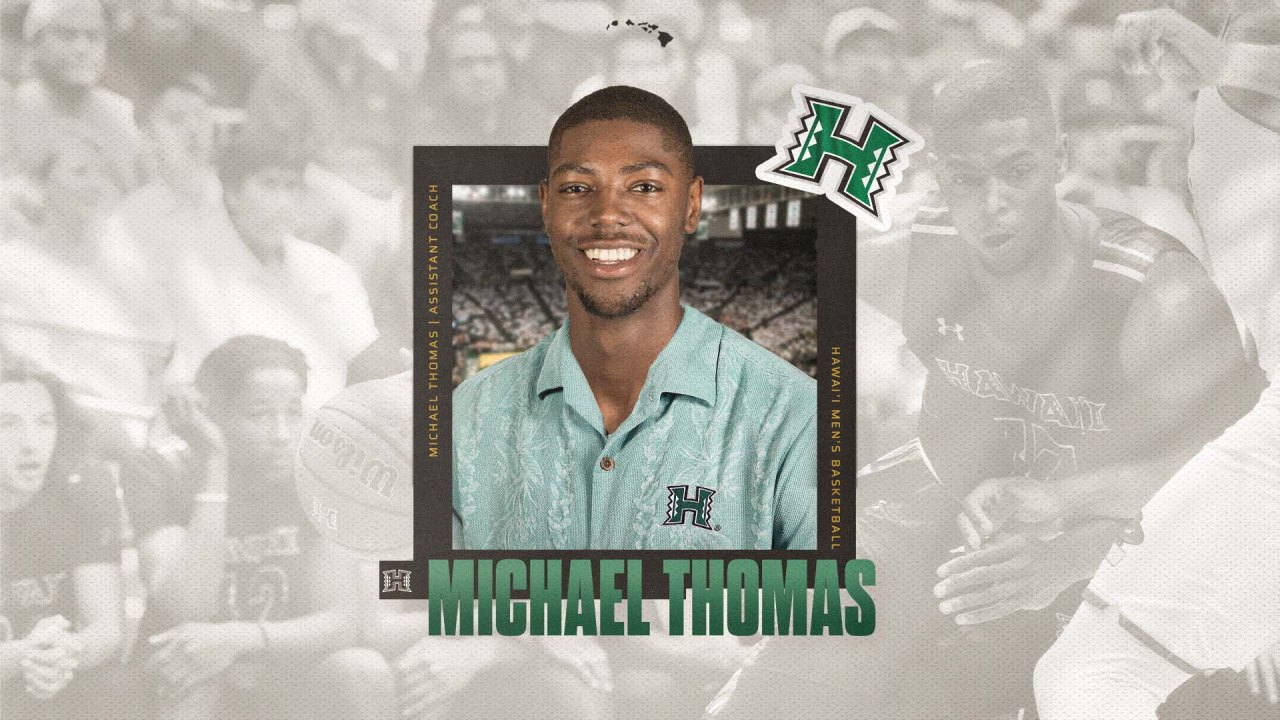 Thomas was a starter on UH’s 2016 NCAA Tournament team and is the most successful player in program history. For the past two plus years, he has been a performance coach at Athletic Gaines, an athlete training center in Los Angeles. During this time, he worked with numerous NBA players throughout their off-season training and also led Athletic Gaines’ NBA training, helping a variety of players rise to the NBA and beyond. other professional leagues abroad.

“We are delighted to welcome Mike to our ‘ohana,” said Ganot. “He was a real difference maker in our program and embodied everything you could ask for from a student athlete. His formidable work ethic, character, intelligence and knowledge of the game, combined with a clear passion for the program, the university and the community, will give us a huge boost to move forward. Mike’s leadership qualities live up to their expectations. He has always had a special ability to build relationships and connect with others, qualities that will make him a great mentor within our program. Welcome Mike! ”

Thomas will be working with Rainbow Warrior’s frontline players, while also being heavily involved in recruiting, player development and the team’s strength program.

“As someone who cares unconditionally about this program and its followers, I am honored and thrilled to join the staff and help us become a bigger team,” said Thomas. “The goal is to turn great young men into champions, both in life and on the pitch. I’m incredibly grateful to Coach Ganot and our current players for giving me this new role and I’m incredibly grateful to the sports department and islanders for welcoming me into my home. Go “Arcs!” “

In addition to working at Athletic Gaines, Thomas has also served as an assistant basketball coach at Harvard Westlake High School in Studio City, Calif., And a performance coach for the Calabasas High School football team.

A three-year-old UH captain, Thomas is fourth all-time in games played (116). He earned an honorable mention at every Big West as a senior after leading the team in scoring and rebounding. Thomas also received the team’s Art Woolaway Most Outstanding Player award as well as the Riley Wallace Leadership Award in his final season in 2017-18.