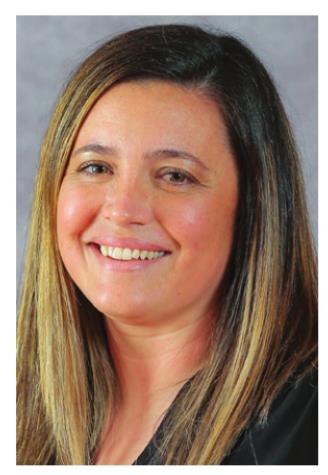 By GREG MAST The Ottawa Herald

The University of Ottawa has found its next women’s soccer coach in nearby Kansas City, Missouri.

Courage has produced two players who are part of the KC Current, Kansas City’s professional women’s soccer team that competes in the NWSL Women’s League.

Fabry was an essential piece of Courage, she helped run all the field experience of the team members and support staff. As Associate Head Coach, Fabry planned, coordinated and coached all training and match days, player management, periodization plans for teams and individuals and staff and player recruitment for the program.

“Coach Fabry separated herself during the interview process with her coaching knowledge and commitment to mentoring and developing women on and off the pitch,” said OU Athletic Director Arabia Conner. . “She is a perfect fit for our student-athletes and our program. With Coach Fabry’s high standards and her commitment to everything she puts herself into, it won’t take long for her to get our program back into competition at the top of the KCAC and the National Tournament. His organization, direct communication and ability to motivate are exceptional and will be a welcome addition to our athletic department and the wider campus community.

Fabry can’t wait to start rebuilding the women’s program back to center stage.

“I am grateful to the University of Ottawa for this opportunity and for entrusting me with the leadership of the women’s soccer team,” said Fabry. “The women’s soccer program comes with a proud history of success on and off the field, and I know the student-athletes and coaching staff will appreciate the traditions as they help shape the next steps for this team.

“With a holistic approach to the experience that all OU student-athletes deserve, the staff and I will work to bring energy and resources to make the pride of being a student-athlete of the ‘UO be sustainable. I look forward to getting started with this group and getting into recruiting to find other young women to join the OU family.

She has been a champion for women wanting to enter the field of sports. Fabry created the Fearless & Capable Mentorship program, which supports the retention and promotion of women working in sport. She created the program out of a passion for empowering women to have a fearless mindset and build their abilities to succeed. The Fearless & Capable mentorship program empowers women across the country to mentor the next generation of coaches, referees and administrators.

Prior to taking up her position as KC Courage, Fabry was Director of Membership Services, ODP Coach and ED Instructor for the Iowa Soccer Association. She was responsible for overseeing the services provided to the organization’s more than 90 affiliate member clubs. Fabry hosted the state’s first ever Iowa Football Symposium to raise the profile of the organization and fulfill the responsibility of educating our members.

Fabry was the general manager and professional coach of the Iowa Rush Soccer Club. For the Iowa Rush, she coached, recruited and retained players, in addition to assisting with marketing, communications, social media and organized numerous large-scale promotional and fundraising events for the club.

Fabry was recognized for providing marketing solutions that increased brand awareness and attracted an additional 400 players over a concentrated three-year period in suburban Des Moines. Fabry increased sponsorship revenue for the Rush from around $7,000 to over $50,000 per year by 2016.

Fabry was a member of Toledo’s women’s soccer program and earned her Bachelor of Arts in History in 2007. Additionally, Fabry earned her Masters of Science in Sports, Recreation and Tourism Management from the University of Illinois in 2013. She has a US Soccer Grassroots Instructor License, USSF National B License and US Youth Soccer Youth National License.

Fabry resides in Kansas City with her husband, Paul, and two children, Berkley and Chelsea.