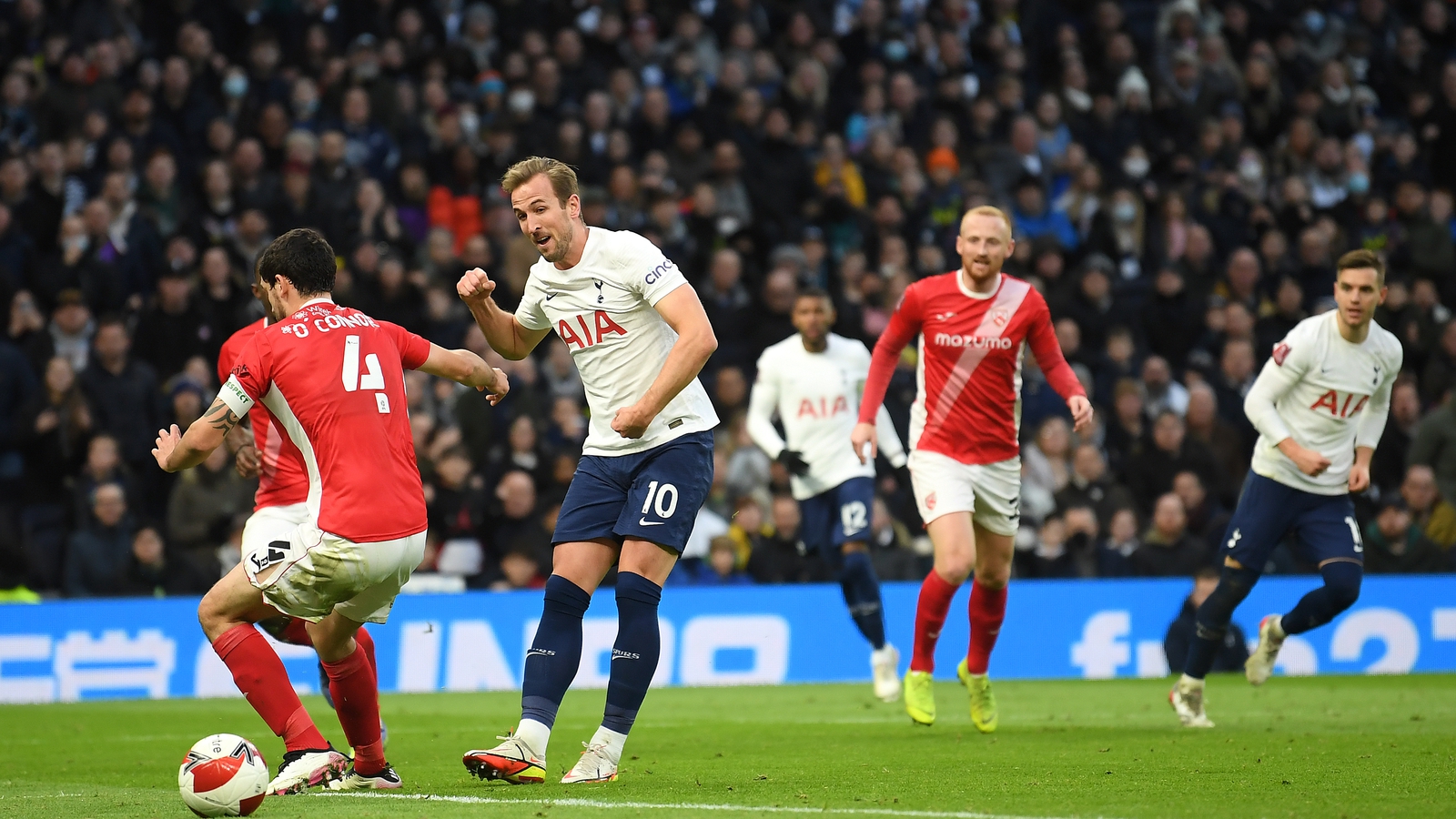 Tottenham needed three goals in the final 16 minutes to avoid an FA Cup loss to Morecambe as they came from behind to win 3-1 one afternoon when record signing Tanguy Ndombele was booed by the home crowd.

Anthony O’Connor’s first-half goal made the League One side – 59 places below their hosts on the football ladder – dream of the most famous result in their history, but a late blitz spared the blushes of the Spurs.

After Ndombele, who asked to leave the club last summer, angered home fans by taking an age to leave the pitch when replaced – surely a terminal act in the Frenchman’s disappointing stay in the North London – Quick goals from Harry Winks, Lucas Moura and Harry Kane sent Antonio Conte’s side to the fourth round.

But Conte will have had his claims that the majority of his squad are not good enough to compete for major honors confirmed in a substandard display and Ndombele might not be the only one seen as being at the end of the road.

Daniel Podence netted a brace and Nelson Semedo was also on the scoresheet as wolves qualified for the fourth round with a 3-0 victory over Sheffield united in Molineux.

Wolves were given a few reprieve following an unusual split defense early on, but Podence opened the scoring in the first quarter of an hour and from there the hosts barely looked back.

They had to wait until the 72nd minute for Semedo to double his lead before Podence grabbed his second shortly after, the striker’s first goals since the Carabao Cup loss to Tottenham on September 22.

Billy Sharp believed he had equalized before half-time, but the goal was scored as the Blades suffered an unfortunate return to the pitch where their relegation from the Premier League last season was confirmed.

Tom Ince’s first-half goal and a late strike from Tyrese Campbell were earned Feed a 2-0 victory over Leyton East to reserve the Championship team a first appearance in the fourth round since 2016.

Ince scored three minutes into the half, then provided the assist to substitute Campbell to settle the game in the 89th minute.

But Kenny Jackett’s League Two visitors will feel they should at least have forced extra time in this first FA Cup meeting between the clubs.

And Harry Smith, who had already scored eight times in nine FA Cup appearances, should have extended his streak in the opening period.

Stoke’s recent dismal form, including back-to-back home losses to Derby and Preston and a six-outing victory, was reflected in the low attendance of 5,269.

Mark Harris fired an overtime winner as Cardiff to beat Preston 2-1 in the Welsh capital.

Harris’ first goal in the competition came in a third round draw just four minutes from a penalty shootout.

Isaak Davies, another of the Bluebirds’ young players, had already scored his first senior goal before Daniel Johnson’s penalty put Preston back on track.

City of Luton assured that there would be no upset in the FA Cup third round at Kenilworth Road as they shed rust to beat League Two Town of Harrogate 4-0.

After a slow start, the Hatters – who had not played for 29 days – took the lead thanks to leading scorer Elijah Adebayo before Cameron Jerome, Kal Naismith and Luke Berry added to the score in the second half.

The last winner of Milot Rashica made sure Norwich place in the FA Cup fourth round draw after a relentless 1-0 win at Charlton.

The Kosovar international scored Norwich’s first goal since November 30, against the run of play in the 79th minute, after Charlton dominated much of the game.