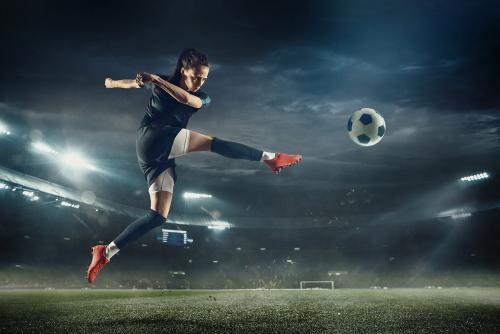 The Equal Employment Opportunity Commission (EEOC) is committed to the struggle of the United States National Women’s Football Team for equal pay.

In March 2019, the team’s players filed a complaint alleging pay discrimination by the United States Football Federation (USSF). Their case raised issues under the Equal Pay Act and Title VII of the Civil Rights Act of 1964. Although the original lawsuit was dismissed in a California federal district court (as described below), the players filed an appeal with the US court. calls for the ninth circuit. Citing its strong law enforcement interest in proper analysis of pay discrimination complaints, the EEOC joined the appeal by filing an amicus brief in support of the players on Friday.

The parties’ financial experts came to very different conclusions as to which team was paid the most. The women’s expert concluded that WNT players earned less pay and that each complainant earned almost 70% less than if the USSF paid her on the same terms as the men. The USSF expert concluded that women were paid better, both total and per game.

On summary judgment motions filed by both parties, the Central District of California found that the women had failed to establish a prima facie case because they had failed to demonstrate that the pay gap was “due only , or in part material, to the fact that the WNT was working more than the MNT. Although the court recognized that the WNT received lower per-match bonuses for friendlies and tournaments, including World Cup-related matches, it found that WNT players received other benefits, such as guaranteed annual salaries and severance pay, which MNT players did not have. He further argued that comparing what each team would have done under the other’s collective agreement “ignores the reality that the MNT and WNT have negotiated different agreements which reflect different preferences.” Although the women demanded bonuses equivalent to those received by the MNT, they eventually opted for some form of guaranteed basic pay (which the MNT did not receive) instead.

The amicus brief filed by the EEOC argues that the WNT provided sufficient evidence to support a conclusion that its players received a lower rate of pay for performing the same work as the MNT players. According to the EEOC, the district court improperly ignored the opinion pieces of the women’s expert. Further, in crediting the USSF expert’s analysis, the court overlooked the WNT’s greater overall success as a team.

The USSF expert added up the total compensation and divided it by the number of games played. As such, the analysis assumed that all games were equal, thereby ignoring the WNT’s comparative success, including two World Cup championships. According to the EEOC, “WNT players had to be the best in the world to earn a salary comparable to MNT players.” In addition, “[w]here an employer pays men and women different base pay and different bonuses for doing the same job, the pay structure violates the EPA, regardless of the total pay earned by each team.

Ultimately, the EEOC argues that a jury should have been given the opportunity to review the intangible benefits cited by the USSF as being available for the WNT and not available for the MNT. A jury should also have been able to dismiss “as a red herring” the observation that MNT players were paid more under the WNT collective agreement than they were paid under the WNT collective agreement. their. Rather than proving the USSF case, according to the EEOC, this fact actually shows that the respective collective agreements are “a scheme that pays MNT players at a higher rate for a lower success rate.”

Employers in all sectors should pay particular attention to this case, as it is likely to have a significant effect on equal pay analyzes in the future.

The Olympics, NFL vaccines and Lionel Messi on Hang up and listen.