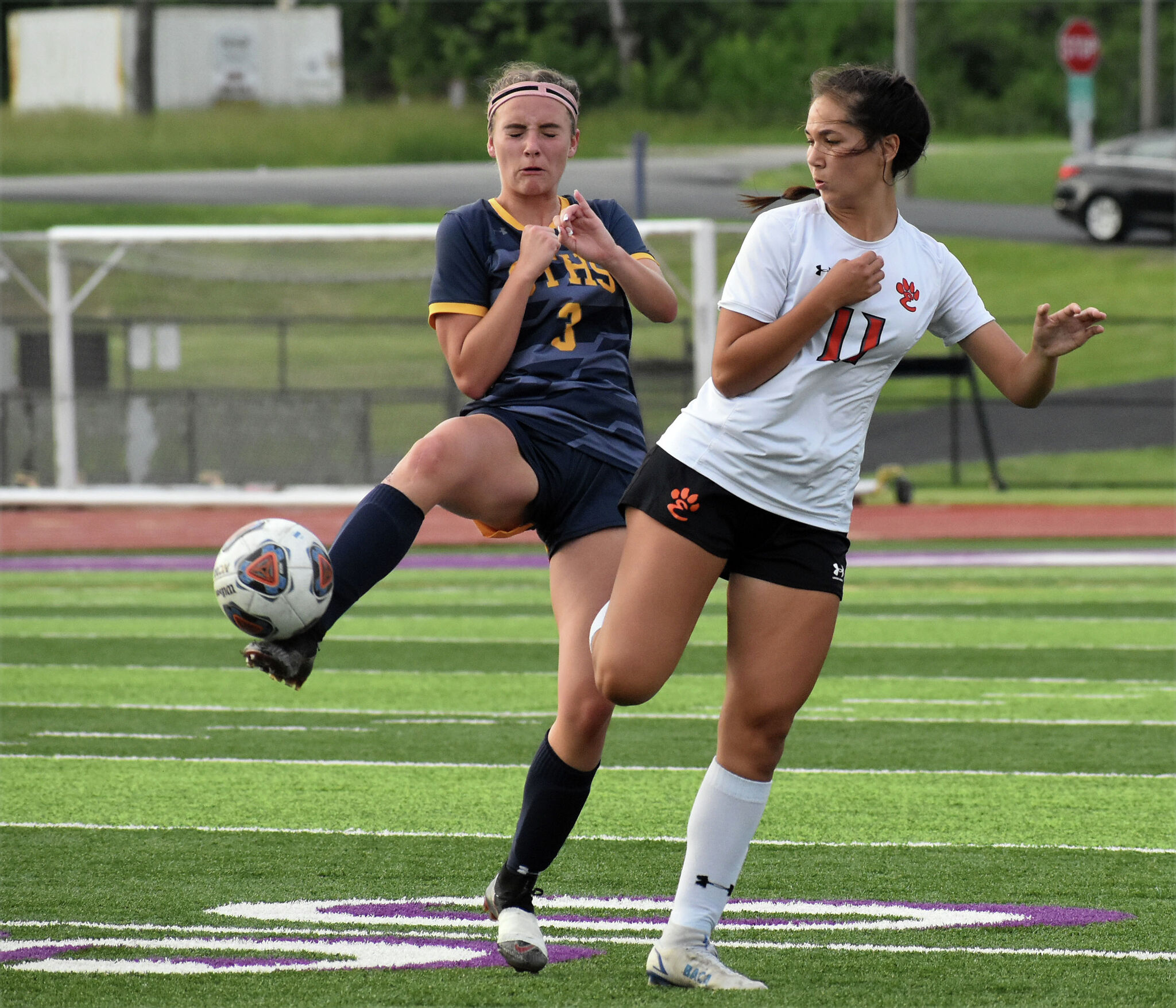 Despite a 2-0 loss to Metea Valley in the Class 3A West Normal Super Division, this was a historic season for the Edwardsville women’s soccer program.

Less than a month into the season, the Tigers were 3-7, including a three-week streak of 1-6.

“The trend over the season was not to worry about what has already happened, but about what can still happen,” Abby Federmann said.

One of those wins came against the defending 3A State Champion O’Fallon Panthers in the semi-finals of the normal community section. The Tigers won 2-0 with goals from junior forward Olivia Baca.

By then, O’Fallon had won four straight against EHS, with Abby Federmann calling the win “our state”.

It was only the second time O’Fallon allowed more than one goal in a game this season.

Four days later against Normal Community, EHS claimed their first section title since 2014 with a 5-0 victory. The program also won section titles in 2004 and 2007.

Meanwhile, Baca was named United Soccer Coaches/MaxPreps High School Player of the Week for May 23-29, after scoring two goals for the Tigers in the sectional semi-finals and scoring a natural hat trick and registering an assist. decisive in the section championship match. . She was one of the country’s eight selections.

Baca finished his season with 25 goals and six assists for 56 points. She led the team in goals and points, tying the team record in assists with Kylie Peel. Baca led with five game-winning goals.

Naney made 15 saves against O’Fallon in the sectional semifinals. She finished with 114 saves during the season and a goals-against-average (GAA) below 1.34. She had eight shutouts this season en route to a 14-8 record in goal.

Payton, committed to the University of Nebraska-Omaha, finished his season with five goals and five assists. She was second on the team with 15 points. Three of his assists have come in the playoffs.

Mea Hook has scored three goals this season, while Ella Cook, Macie Hockett and Ulla Sharp have finished with two each.

“It was a blast,” Abby Federmann said. “I love these girls and I will miss all these seniors.”

The hot streak ended in the super section as EHS missed early opportunities. The Tigers had 12 shots and three shots on goal in the first half against Metea Valley but found themselves 2-0 losers.

“To be able to qualify for the super section is an exceptional achievement,” said Abby Federmann. “We peaked at a very good time to get as far as we made it.”