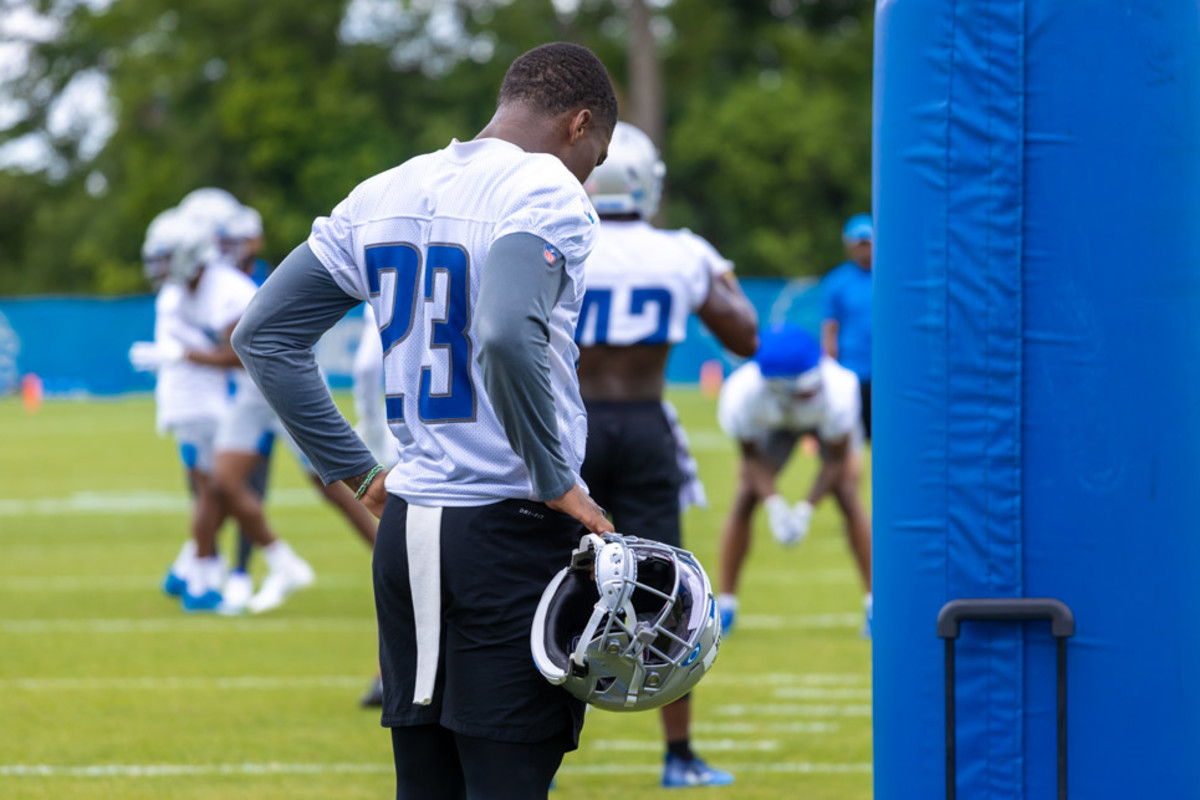 1.) How excited are you for the Detroit Lions training camp?

Vito Chirco: First of all, I’m delighted to see how the new coaching staff continues to fit in with the players.

Plus, I’m intrigued by the opportunity to find out and hear all about the team’s rookie performances at camp, including first-round pick Penei Sewell and the organization’s second and third round selections, Levi Onwuzurike and Alim McNeill.

John Maakaron: I’m really excited for training camp. With a new coaching staff and a whole new draft class to assess, it will be a great opportunity to see the start of the offensive and defensive patterns take shape! Can’t wait to go to Allen Park to cover it this year.

Adam Strozynski: Training camp, not so much. The season, however, I can’t wait to see what this team will look like and how they will evolve throughout the season.

Chirco: For me, this is emerging as the # 1 option at the wide receiver level. I think it’ll end up being Tyrell Williams, but I think Breshad Perriman has a shot at landing the job as well.

Maakaron: I want to see Jamaal Williams vs. D’Andre Swift. These two will face off for reps and clichÃ©s throughout the season, and the competition should benefit the Lions offense. Don’t overlook what Williams will bring to the table in 2021.

Strozynski: It’s more of a battle of groups of positions, for me. These are the defensive ends and the outside linebackers. I’m curious to see how some of these players will react by playing new positions. Specifically, what will Trey Flowers look like in this new schematic.

3.) The Lions rely on coaching staff to improve the players on the current roster. Will the coaching team be successful?

Chirco: I think players will be more receptive to the coaches of Dan Campbell’s staff than those who were part of the previous regime, led by Matt Patricia. And, I think so, it could ultimately lead to more success for the roster, as a whole.

Under Patricia, players had to conform to a style and way of playing that was far from friendly. The players were forced to act in a way – both inside and outside the locker room – that made many of them revolt and want to leave Motown (i.e. – say Darius Slay, Glover Quin).

At least at this point, Campbell seems to be the opposite and seems to accept the fact that each player is unique and has their own style of play and personality traits.

Now whether or not that leads to more wins in the winnings and losses column is another story. We’ll just have to wait and see this.

Maakaron: I’m more confident that defense makes a difference than offense. Although Anthony Lynn is well respected, he still has question marks regarding his lack of aggression and his determination to rush football. Defense should benefit from Aaron Glenn’s experience as a player and his motivation to put players in a position to succeed.

Strozynski: I think the new diet will be successful with 85 percent on this list. I do see, however, that some guys from the Patricia era don’t quite match what this team is trying to do.

4.) Who benefits the most from the Lions coaching staff?

Chirco: I think it’s sophomore cornerback Jeff Okudah. I think the new coaching staff are designed to help elevate their game more than any other player on the current roster.

As anyone who has followed the Lions for at least a game or two will know last year, Okudah experienced significant growing pains and even battled the injury virus for a while.

Without a doubt, Okudah needs to take a step forward in 2021, and the plan is for first-year Lions defensive coordinator Aaron Glenn – a former NFL defensive back – and new Detroit defensive back coach Aubrey Pleasant to take Okudah to the next level.

If I put my money on someone who takes their game to the next level because of the new coaching staff, it’s Okudah.

Maakaron: I think D’Andre Swift is about to take a big step forward. Backing coach Duce Staley will challenge him and he will keep his promises. I think a lot of players will thrive with the new coach, but none more than the second year.

Strozynski: I think it comes down to two guys on different sides of the ball, but it’s for similar reasons: Jared Goff or Jeff Okudah.

I’ll tell Goff. The way he was kicked out of the Rams organization took a toll on his confidence, and it was obvious the coaching staff had no confidence in him. I think you tailor that offense to what he does well and play down what he struggles with, and eventually his numbers and confidence will increase.

Become a premium AllLions member, which gives you access to all of our premium content and provides you with a FREE Sports Illustrated membership! Click on the link below to find out more