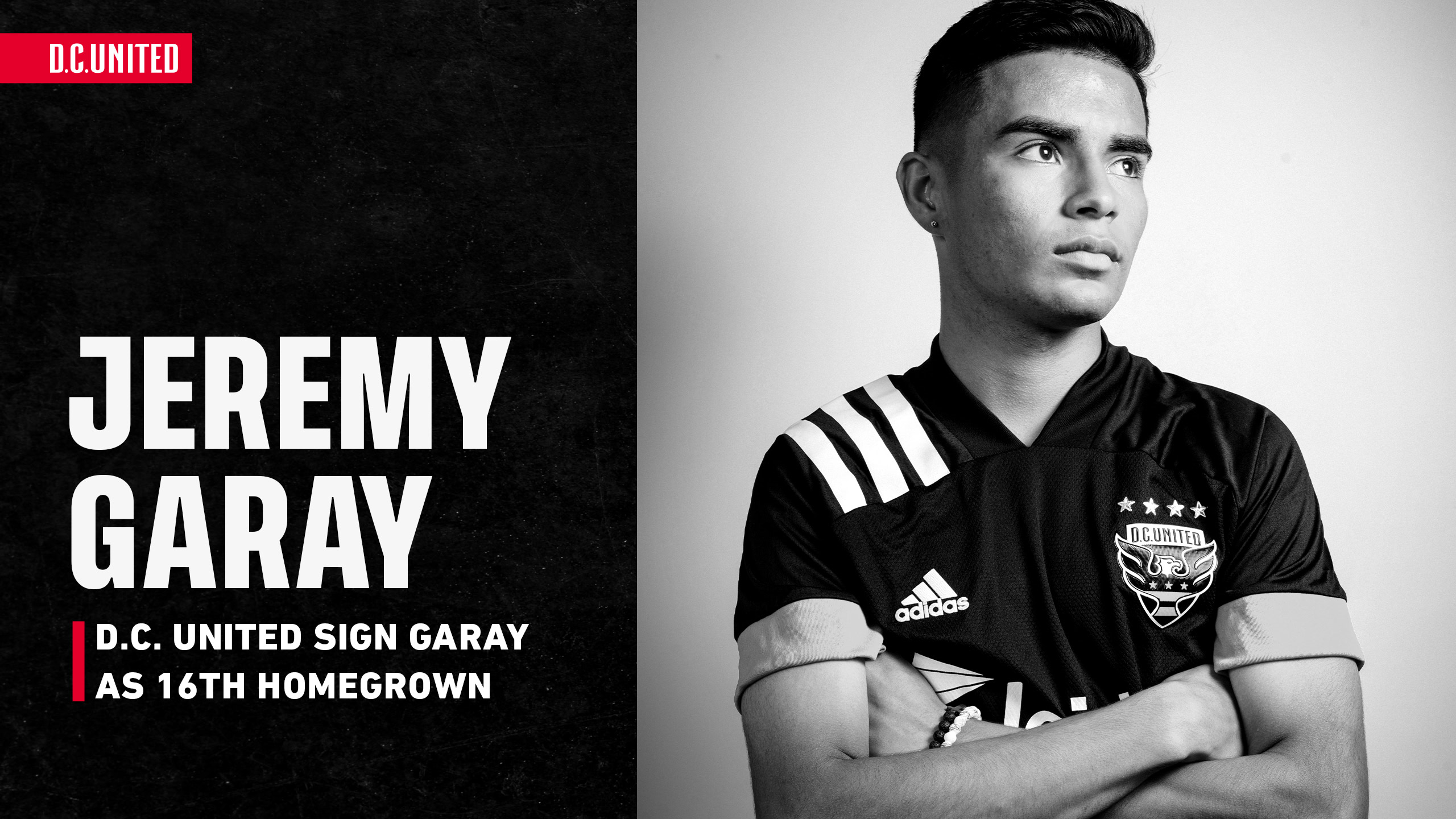 DC United signed Academy product and Loudoun United FC midfielder Jeremy Garay as the 16th home signing in club history. Garay will join Black and Red’s MLS lineup in 2022 and will remain with Loudoun United for the remainder of the 2021 season. DC United signed Garay to a three-year contract until 2024 with options for 2025 and 2026. The youngster from 18-year-old joins Jacob Greene, Bill Hamid, Moses Nyeman, Kevin Paredes, Donovan Pines and Griffin Yow on the Academy’s product list. currently playing for Black and Red.

“We have been impressed with Jeremy’s development and progress over the past year with Loudoun United,” said Stewart Mairs, general manager of Loudoun United FC. “He has a composure beyond his years in the midfield and we look forward to continuing to work closely with him with the ultimate goal of saving him minutes with the first team.”

Garay initially signed an academy contract with Loudoun United FC in the United Soccer League (USL) Championship on July 5, 2019. The 18-year-old made his professional debut on July 7, 2019 in a draw against St Louis FC. Since his debut, Garay has made 23 appearances and recorded one assist. His first assist came in a 2-1 win over the Pittsburgh Riverhounds on June 30, 2021.

Born in Woodbrige, Va., Garay joined the DC United Academy in 2017 and has represented Blacks and Reds for various age groups including U-15s, U-16s and U-18s. Garay is a product of the Arlington Soccer Association, an affiliate of Pathway to Pro with the DC United Academy.

“We are extremely proud of the work ethic and commitment Jeremy has shown over the past few years to get there,” said Dave Sanford, director of the DC United Academy. “It’s a special time for him and his family and we can’t wait to see what he does to the next level. Signing a local contract with Jeremy continues to show how successful the Pathway to Pro program has been in recent years. We would like to thank the Arlington Soccer Association who helped build Jeremy’s soccer foundation at a young age and played a pivotal role in securing Jeremy’s first MLS contract.

The DC United Academy remains one of the most successful youth systems for football player development in the United States. The Black-and-Reds now have seven local players on their roster in Jeremy Garay, Jacob Greene, Moses Nyeman, Kevin Paredes, Griffin Yow, Donovan Pines and Bill Hamid. Hamid has recorded the most minutes played as a home player in MLS history.