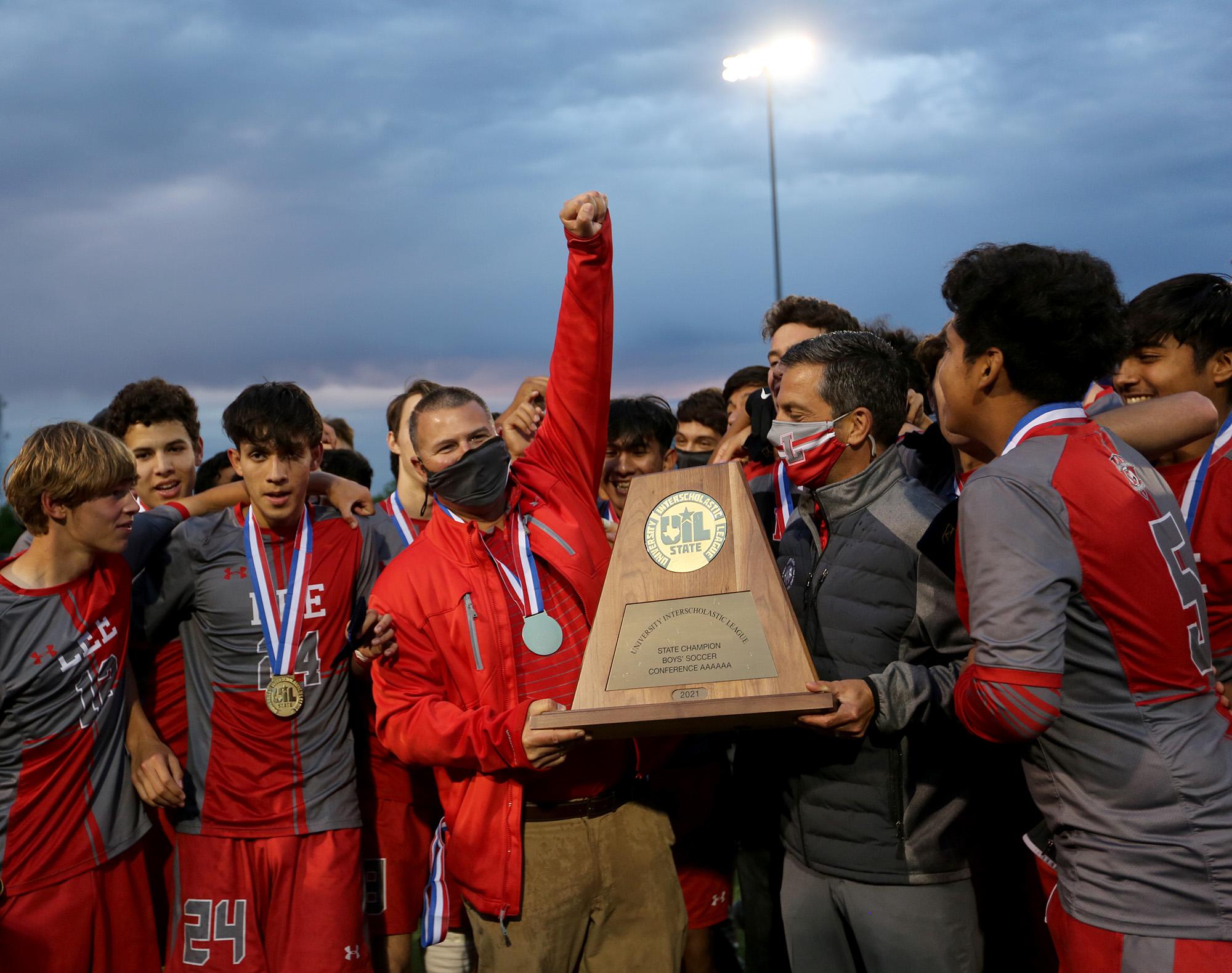 Two years after giving up a state championship, the LEE Volunteers achieved their redemption in April by winning the UIL Class 6A title.

The 2-0 victory over Rockwall-Heath at Birkelbach Field in Georgetown secured the first LEE State Championship in the program’s history. It also erased bitter memories of the 4-1 penalty shoot-out loss after the Volunteers and Flower Mound fought for a scoreless tie in the 2019 State Title game.

The victory also made up for last year’s season which was called off right before the playoffs due to the coronavirus pandemic. The Volunteers were 17-0-1 and ranked No. 2 domestically when the 2020 season ended abruptly.

The Volunteers posted a 28-1 record in 2021. They secured the city’s first state title in UIL’s highest ranking since 2003, when Churchill won it.

LEE senior midfielder Henry Bowland has been selected as Express-News player of the year. The EN also chose David Rogers as coach of the year.


Senior goaltender Joey Bautrouni, who will be a varsity teammate with Bowland at Coastal Carolina, and junior forward Julian Sanchez were selections for Super Team EN.