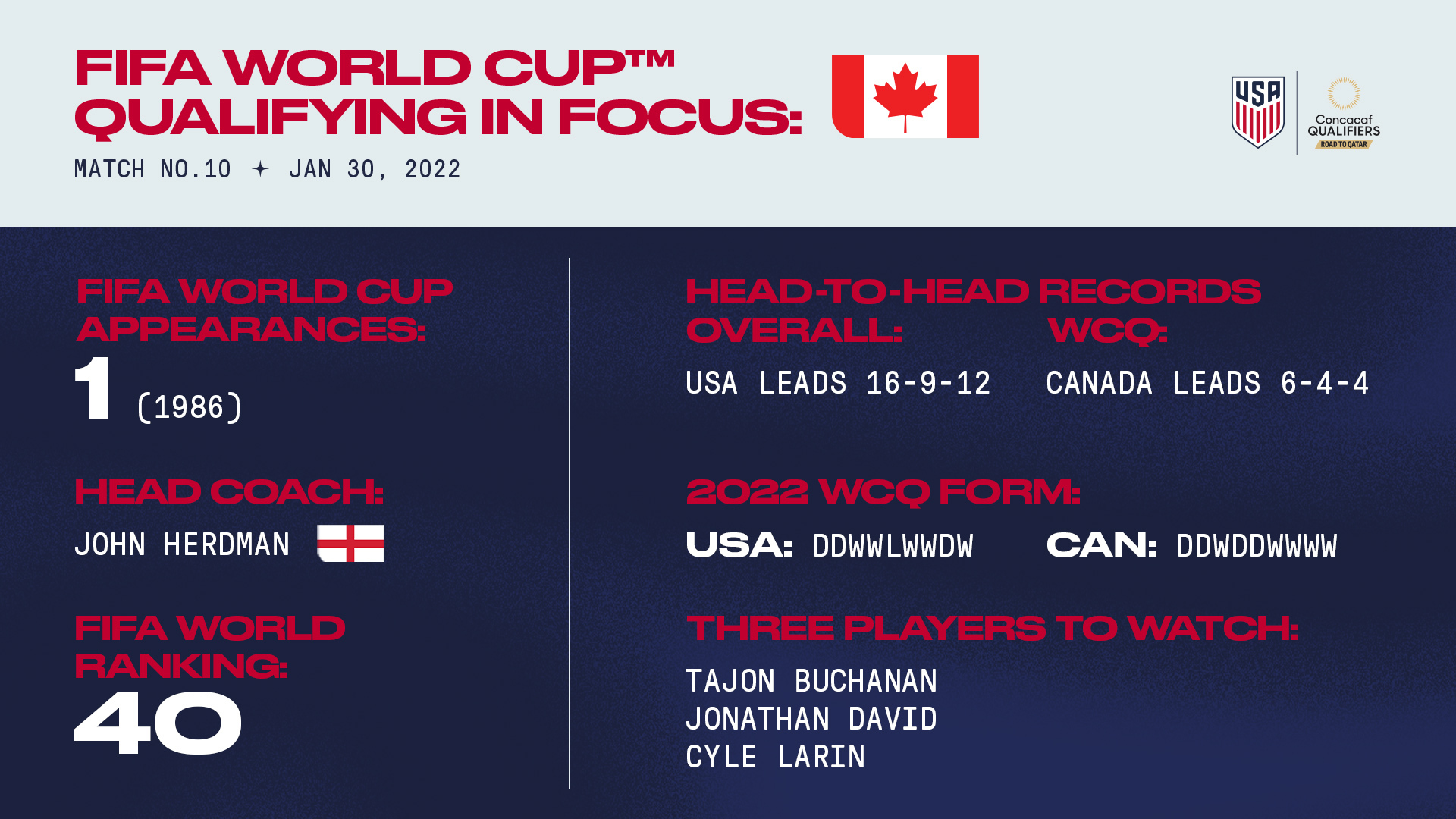 The highly anticipated top-of-the-table clash between the United States and Canada in a FIFA World Cup qualifier will take place at Tim Hortons Field in Hamilton, Ontario on Sunday, January 30 at 3 p.m. ET ( Paramount+, Telemundo, Universe).

Due to local public health guidelines, the venue will be reduced to 50% of its capacity of 12,000 spectators.

Both teams come into the game with shutout wins.

The showdown is expected to be a tightly contested game. The USMNT last beat Canada in the Concacaf Gold Cup, 1-0, in Shaq Moore’s first-minute strike on July 18. The teams tied 1-1 at WCQ in Nashville, Tennessee on September 5.

In 1985, Canada qualified for its first and only World Cup, finishing atop the final qualifying round undefeated at 2-0-2. They did not fare well in the 1986 World Cup in Mexico, losing all three matches to eventual semi-finalists France, 1-0, Hungary, 2-0, and the Soviet Union, 2- 0.

The Reds took the long road to the final round of qualifying, advancing through the first round of four games before shutting out Haiti twice in the June home-and-away playoff. Cyle Larin has scored in every victory, a 1-0 victory on June 12 and a 3-0 victory on June 15. Canada added a Junior Hoilett score and an own goal.

The Canadians have a 4-6-4 advantage against the United States. The series dates back to qualifying in 1958, when The Reds won 5-1 at home and 3-2 away.

It’s a different story on American soil as the United States are undefeated in their last six games against Canada, compiling an overall record of 3-1-3.

Prior to the 2022 competition, the United States had won the last two playoffs between the teams by scorelines of 3-0. This included victory in Palo Alto, California on March 6, 1997, as Eric Wynalda, Eddie Pope and Earnie Stewart scored, and in Vancouver, Canada, as Roy Wegerle (twice) and Claudio Reyna found the net on November 9, 1997. .