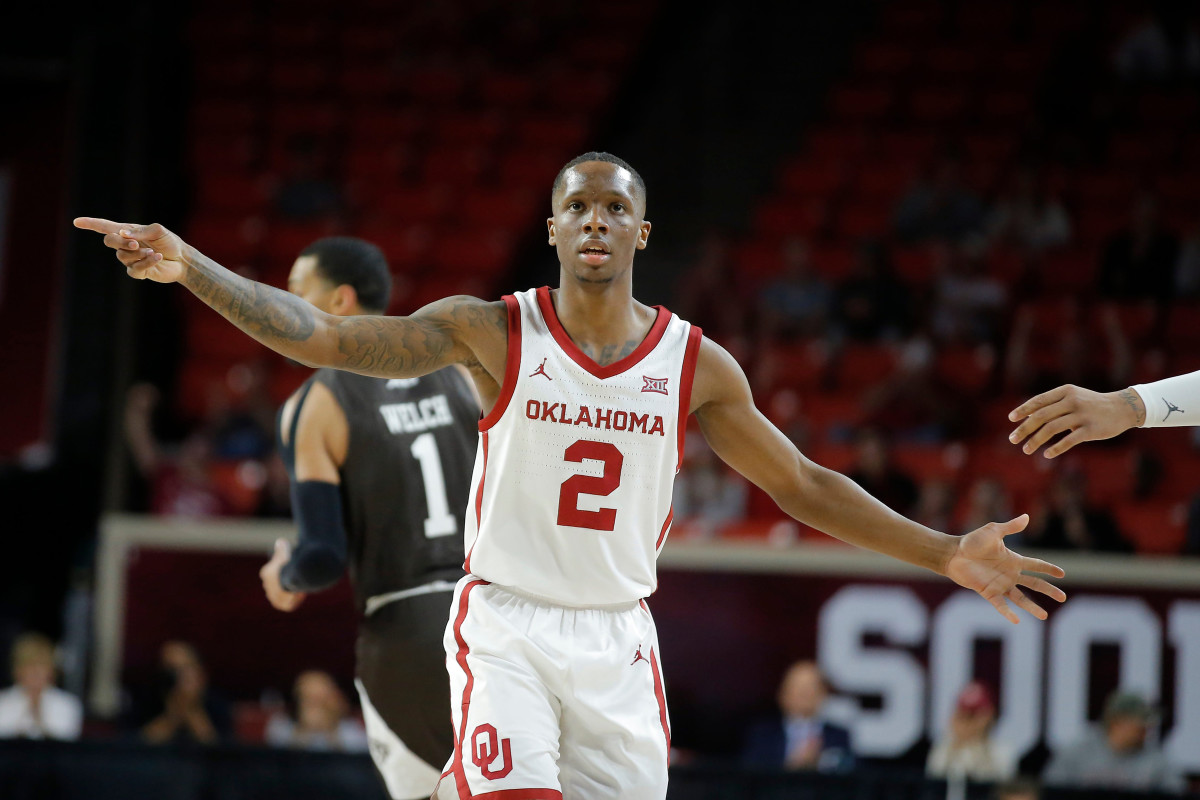 NORMAN — Maybe Porter Moser’s 2022 rebuilding job was always going to be a little too big.

With five front-row arrivals through the transfer portal and three freshmen expected to make contributions this season, the Oklahoma basketball team has never been able to capture the kind of flow and chemistry that a team needs to produce a good basketball season.

Too many losses in Big 12 Conference play meant a trip to the NIT, rather than the NCAA Tournament.

And it’s there, in college basketball’s lower playoff regions — in the cozy confines of OU’s Lloyd Noble Center, no less — after another night of scrappy basketball that the Sooners’ season has ended.

Sunday night in a second-round NIT game against St. Bonaventure, the top-seeded OU lost 70-68 to a more experienced Bonnies team.

A quick look around the country this season shows how much work Moser and the Sooners had to do: Alondes Williams was traded to Wake Forest and became the ACC Player of the Year. Kam McGusty was traded a few years ago and was part of the All-ACC first team. Brady Manek also earned All-ACC honors and recently powered for North Carolina. And in the Pac-12, De’Vion Harmon had another strong season at Oregon.

That’s a lot of talented guys who played together at Norman under Lon Kruger and did great work for other schools.

Moser, too, had good talent this season. He just didn’t have enough time to mix it all up. Whether it was prolonged offensive droughts or serious defensive lapses, confusion over incoming passes or conflicts in calling defenses, it seemed like every game brought a new level of inconsistency, an additional level of inconsistency.

Many times it looked like Moser and his team were struggling to define the roles of the five on the floor. The scores often came from everywhere, and too often from nowhere.

Moser had expressed concern – or maybe it was admiration, maybe a hint of envy – about the Bonnies’ five starters: five seniors, including four lifers from St. Bonaventure, the other a three-year juco transfer.

And the Bonnies’ essentially five-man rotation — fresh off a cross-country trip from New York to Colorado, followed by a trip to Norman — overcame low numbers and jet lag and played with the kind of common sense, balance and solidarity that can take a team to a playoff spot.

Four of the five played 40 minutes Sunday night. The other played 34.

Add freshmen Bijan Cortes, CJ Noland and Alston Mason — on top of an all-new coaching staff — and Oklahoma was fighting an uphill battle night after night.

Maybe the Sooners would have landed an NCAA Tournament bid had Harkless not been injured. Or maybe they would have survived the Bonnies and qualified for an NIT quarterfinal matchup with Virginia with their defensive endstop and their heart and soul on the ground.

Chances are the 2-8 stretch in January and early February was too much for the NCAA selection committee to overlook. And it’s likely that Mark Schmidt’s roster of Bonnies was just too experienced, too mature and too together for the Sooners to overcome.

Just like the regular season, Sunday was full of highlights. The Sooners outshot the Bonnies 29-27 and had more assists, 19-10. OR, at times, played a nice basketball.

The passing of Chargois changed the early stages of the match. Gibson’s dead-eye shot was inspiring. A few defensive saves — the dive-to-the-ground and quick-pass type — produced scintillating dunks.

Ultimately, however, Moser and the Sooners can now press the reset button in 2022.

Goldwire, Chargois and Johnson wrapped up their careers on Sunday night. But the Groves brothers said they would be back next year. Just like Harkless. The coaching staff is now awaiting news from Gibson about his future.

Expect more transfer arrivals next season. It’s the way of the world in college sports now. The portal is always open.

But with enough of those players in 2022-23 joining a coaching staff they’re familiar with, team chemistry shouldn’t be an issue going forward.