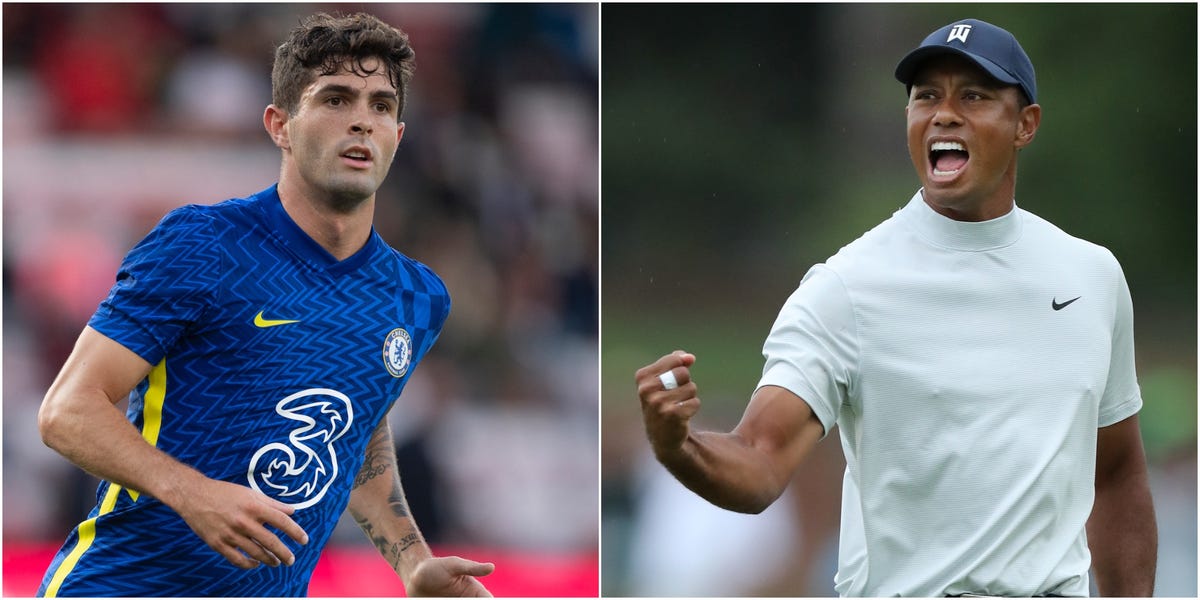 As a young American athlete, there are countless local sports heroes to idolize – Michael Jordan, Muhammed Ali and Serena Williams to name a few.

However, for football star Christian Pulisic, it is golfing legend Tiger Woods that he admires.

Woods, now a five-time Masters champion, became a professional golfer at just 20 in 1996 and quickly became a household name after winning three PGA Tour tournaments and a first major tournament in less than a year.

His meteoric rise to fame has helped golf interest in America soar – a feat Pulisic hopes he can replicate in football.

“Tiger Woods is probably my biggest inspiration,” the Chelsea FC star told Insider in an interview. “I loved him as an athlete. Growing up, I always loved him.

“[His rise] was amazing, and that’s exactly what I hope I can do, inspire, especially the kids at home, to do what I do. “

Pulisic is already having its full effect on American football.

The Hershey-born star burst onto the scene with Borussia Dortmund as a teenager in 2016, scoring 19 goals and assisting 26 more over the next three years.

His form in Germany earned him a $ 75 million transfer to Chelsea in 2019 – an award that made him the most expensive American football player in history.

Since Pulisic’s breakthrough with Dortmund, a wave of new American stars have followed suit, settling in Europe.

No less than 17 American players now play in the top five European leagues, while more than 100 play in the other divisions of the continent.

“It makes me really proud,” Pulisic told Insider of his current contingent of compatriots in Europe.

“I mean, there have been people before me who have inspired me, who might not get that much credit, but I hope that potentially some of these guys saw me in Europe and playing in Bundesliga and thought, “Wow, if this kid can do it, I can do it.

“And now to see, it’s almost a regular thing, Americans across Europe, you know it’s just great. It’s great for all of us to see.”

Christian Pulisic sat down with Insider to mark the signing of a new long-term deal with global sports brand Puma, a partnership that he hopes can further inspire the growth of American football.

“We hope we can accomplish something special together,” he told Insider.