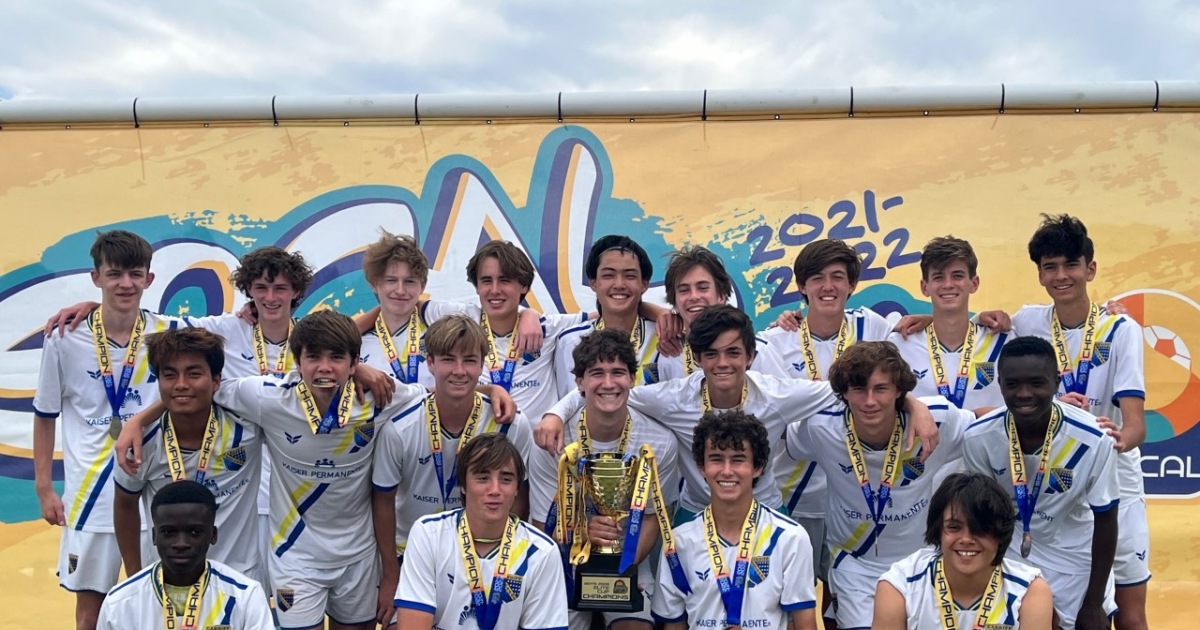 The Cardiff Sockers recently announced that their 2005 Men’s Competitive Soccer Team became the 2022 Southern California State Cup Soccer Champions in the Elite Division (Boys and Girls U18) on the weekend of the 14th-15th May at the San Bernardino Soccer Complex. The soccer team won the championship in a penalty shootout round ending 5-4, after 90 minutes of play against Rebels Soccer Club San Diego ended in a 0-0 draw.

“Our 2005 boys showed fantastic skill, style of play, team spirit and character to come out on top,” said Cardiff Sockers technical director and 2005 boys coach Mark O’Sullivan. The hard work and contribution of each player to the success of the whole was present in every match that led us to the championship.”

State Cup men’s U18 team soccer matches began in September 2021 and began with 68 Southern California teams, including teams as far north as Venture County. The field of 68 teams competed to qualify for a 32-team playoff round. These 32 teams then competed to qualify for the highly competitive semi-finals. Four final teams came forward and competed to win the championship.

Led by O’Sullivan, the 2005 Cardiff Sockers men’s football team features 16 players from seven local high schools. Many members of the team have played with Cardiff Sockers for most of their competitive football career. Others have joined in recent years as the club’s competitive reputation and level of coaching expertise have increased. The team also includes two young refugees from Tanzania, East Africa, who are sponsored by the club and non-profit organization Seeds of Hope. Both players have been welcomed and supported by the families of the team and by coach O’Sullivan, a value the Cardiff Sockers promote throughout their programme.

“The boys showed a lot of heart, stuck to their game plan and stuck to the principles that got them there,” Cardiff Sockers chief executive Kraig Chiles said. “The whole club is proud of his achievement!”

Xavi’s record at Barcelona: How did the club legend fare in his first season as manager?