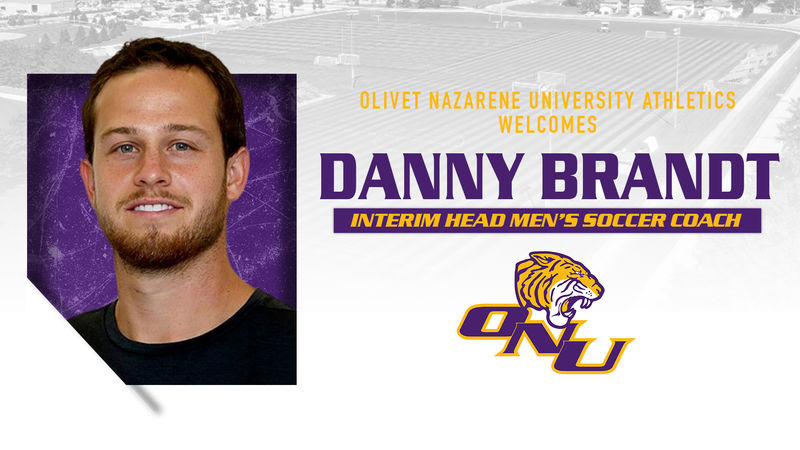 Brandt joins the UN staff after serving as an assistant coach for Bucknell University’s men’s soccer team, an NCAA Division I program. He also worked as a recruiting coordinator for the Bison.

“I am thrilled to have the opportunity to lead the men’s soccer program at Olivet Nazarene University,” said Brandt. “I am delighted to contribute to the proud tradition of excellence and success that this program has established and to lead this group of young men on and off the field.”

Brandt takes over a UN team coming off an impressive 2021 season, a season in which they won the CCAC regular season title and the CCAC tournament. The 2021 Tigers posted a 16-4-1 record and made their eighth appearance in the NAIA National Tournament.

Prior to Bucknell, Brandt was an assistant men’s soccer coach and recruiting coordinator at Carnegie Mellon University (2019-22) where he oversaw all aspects of recruiting.

Brandt’s first-ever coaching stint was at Hope College in 2018. In his first season as an assistant coach, the Flying Dutchmen established a 14-3-1 record and were ranked nationally.

A 2018 graduate of NCAA Division III football powerhouse Messiah College, Brandt was on the NCAA Championship teams in 2013 and 2017. He was also a two-time All-MAC Commonwealth First Team selection. Conference (2014, 2017) and an All-Mid -Atlantic Region Pick in 2014.

“Danny is a brilliant young coach and a proven winner as a coach and player,” said Conway. “We are excited for what he will bring to our talented group of student-athletes this fall.”

The men’s UN soccer team will kick off the Tigers’ sporting schedule with an Aug. 18 matchup against Huntington.