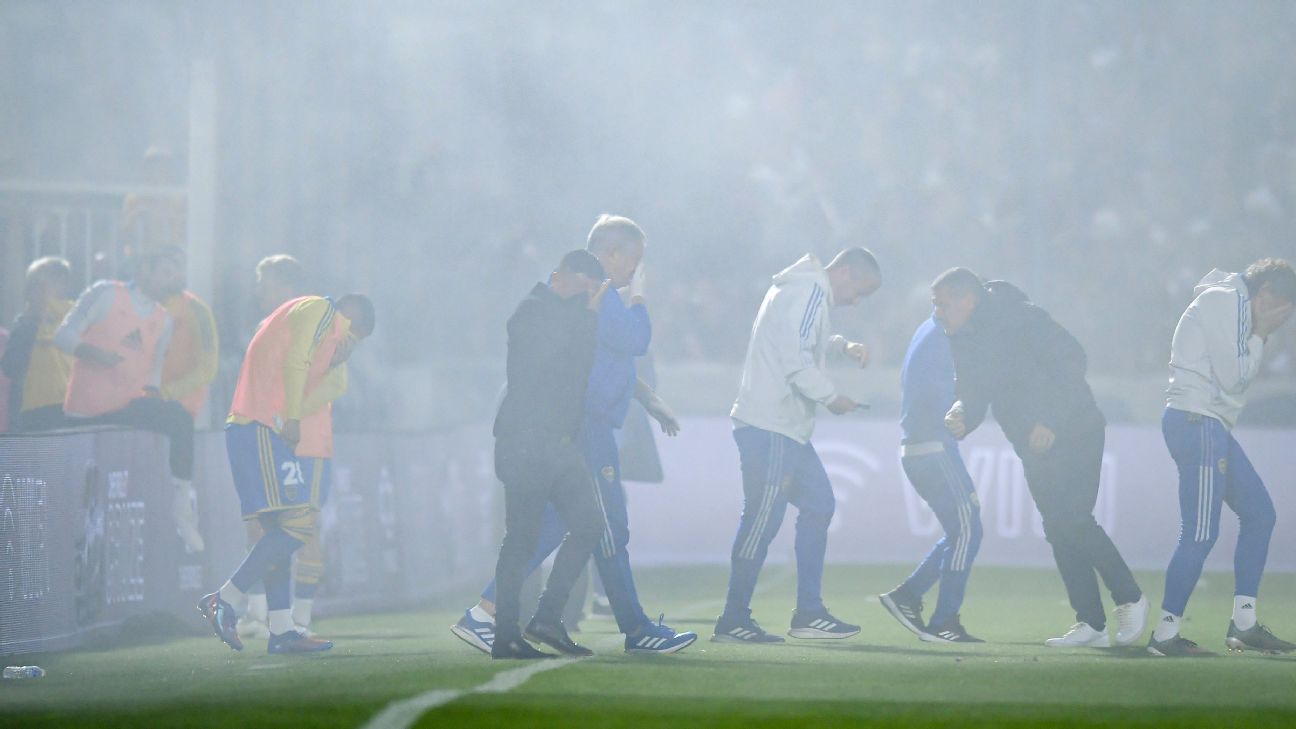 At least one person has died after clashes between fans and police forced the abandonment of the Argentine league game between Gimnasia La Plata and Boca Juniors on Thursday.

The match was stopped after nine minutes by referee Hernan Mastrangelo amid serious incidents outside the stadium which led to police firing tear gas, with the official citing a lack of security to control the situation.

Fans of local team Gimnasia were trying to force their way through an already crowded stadium, authorities said. Police used rubber bullets and tear gas to force fans to retreat.

“Unfortunately there is one death,” said Sergio Berni, security minister for the province of Buenos Aires. “He died of a heart problem when he was taken to hospital.” players and supporters covered their faces, as supporters made their way to the pitch in search of a quick exit.

Berni gave no further details about the circumstances in which the person died.

The Argentine Football Federation has published a statement on his Twitter account condemning the incident and the violence: “The AFA strongly denies the events that took place today in the vicinity of the Gimnasia Stadium and expresses its commitment to continue working to eradicate such incidents which tarnish the spirit of football .”

Only Gimnasia fans have been at the Juan Carmelo Zerillo stadium in La Plata since the province of Buenos Aires banned fans of visiting teams from games in 2013 amid frequent outbreaks of violence.

Gimnasia player Leonardo Morales said: “My 2-year-old son couldn’t breathe. We are desperate and worried for all the people in the stands. It’s crazy. We were playing a normal football game and that left him turned into this and the feeling that our loved ones almost died.”

The incident in Argentina follows a tragedy at a soccer match in Indonesia on Saturday that left at least 125 people dead after police fired tear gas inside the stadium, sparking chaotic scenes in which supporters were trampled and smothered.

Attention in Indonesia immediately focused on police use of tear gas. Witnesses described police beating them with sticks and shields before firing rounds directly into the crowd.

On Monday, an Indonesian police chief and nine elite officers were removed from their posts, while 18 others were investigated as the government tries to determine what led to the use of the force and tear gas.

Information from The Associated Press was used in this story.