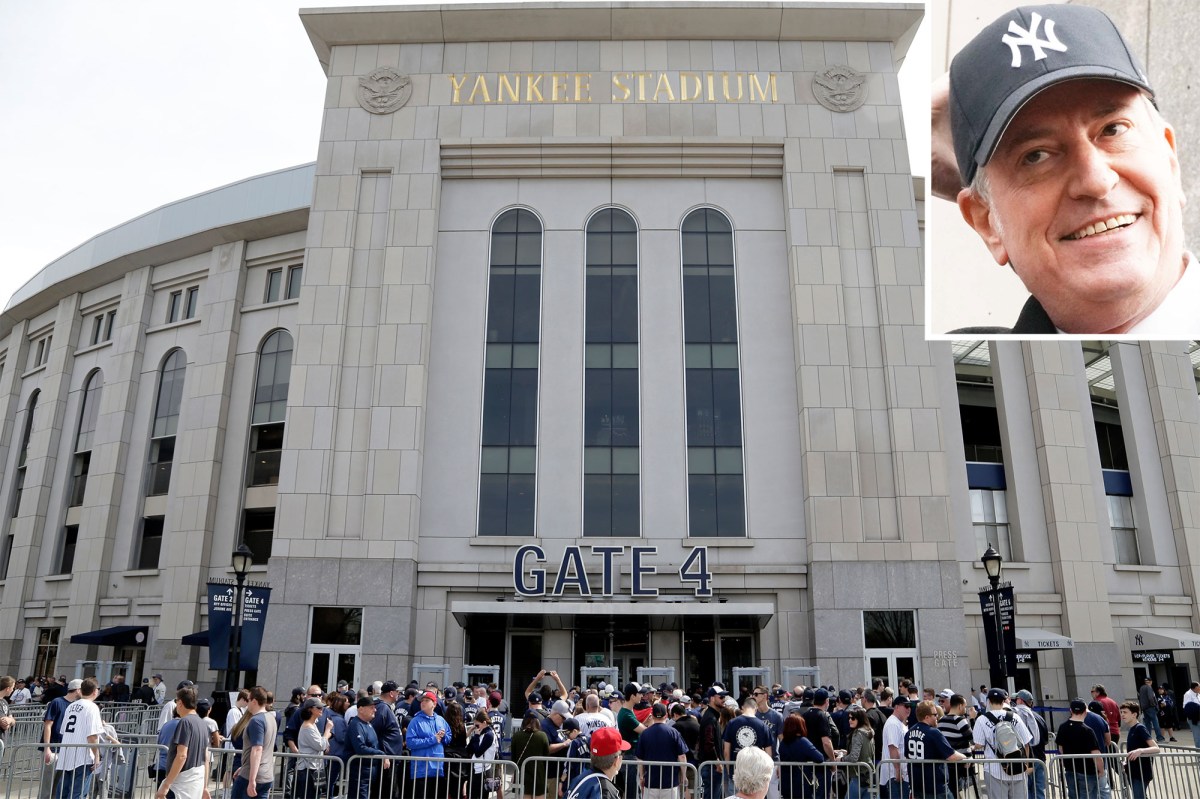 If you thought that the inept governance of our city by Mayor de Blasio couldn’t get worse by the end of his administration, think again.

A consortium of companies working with the New York Yankees handed the city a billion-dollar development plan for a run-down area in the South Bronx, and the geniuses at City Hall all but killed it .

Of course, the utter idiocy of the people who run the city is seen every day in our increasingly crime-riddled streets, in the uncontrollable homelessness and general decay of civil society here in the Big Apple. Less visible is the incompetence of city bureaucrats dealing with the business community.

It goes without saying that without entrepreneurs and bankers, real estate moguls and restaurateurs, New York wouldn’t be the great metropolis it is. So when business leaders offer town hall a win-win solution – housing and jobs for the poor, redevelopment of one of the poorest neighborhoods in the country, in addition to taxable income, it is imperative that we have people in government who jump at these types of opportunities.

We don’t, unfortunately, which is why the end of this eight-year plan is such a painful, yet necessary, story to tell.

It’s also a case study of why the end of Blasio administration can’t come soon enough.

The story begins in 2006 with the inauguration of the new Yankee Stadium in the South Bronx. The Bloomberg administration has agreed to provide the team with just over 9,000 fan parking spaces and to maintain several fields within walking distance of the stadium in “first class” condition.

Over time, Yankees fans have increasingly used public transportation to get to the game, be it the subway or Metro North, because it’s an easy commute, but also because the agency approved by the city that manages the lots, the Bronx Parking Development Corp., does such a lousy job at maintenance. “First class” quickly fell to second, third and now much worse for part of the region, Yankees officials tell me.

Today, some spaces are cluttered with waste and have attracted vermin. They are used to parking taxis, which was not an intended use, and team leaders believe they may be used as a cutting shop as well. Parking revenues are almost nonexistent and over $ 200 million in municipal bonds that funded the construction of the lots are in default.

Yankees President Randy Levine, former deputy mayor in the Giuliani administration, thought he had the solution.

The Yankees co-own a professional football team, New York City FC, which needed its own stadium. Levine needed community buy-in to approve the plan to build the football stadium on a field adjacent to the baseball stadium, which was occupied by those shabby garages.

He put together a package that seemed to satisfy everyone. In return for the approval of the football stadium, he agreed to build a new school, affordable housing and other facilities on land occupied by some of the garages. He did it with private money. Thousands of jobs in the South Bronx would be created.

The only problem was with the parking that I mentioned before. The Yankees wanted a true first-class parking guarantee of around 5,000 parking spaces (down from its original deal of over 9,000) on the remaining lots.

Sounds like a reasonable request, right? The city and bond holders actually agreed to the spaces in a conditions sheet signed by both parties last year.

But as the project neared final community council approval in recent weeks, something strange happened: The city got cold feet about guaranteeing these boring first-class parking spaces.

Bondholders, led by investment firm Nuveen, who thought it was somehow odd that the Yankees were hatching a tiered plan paying them $ 50 million and asking for something in return.

The city told Levine about two weeks ago that, despite previous assurances, there would be no guaranteed parking space, throwing a billion-dollar project into deep trouble.

This is just one of many development projects that have been derailed by a Blasio administration that is either inept or anti-business. Since Amazon’s rejected headquarters in Queens, how many opportunities have we missed to revitalize New York?

City officials say it was Levine who blew up the case by asking for a ‘legal’ warranty for the parking lot they couldn’t agree on because they could one day be sued if they didn’t comply. their end of the bargain. They say the deal is not totally dead and could be revived by some sort of compromise. Levine says he’s “puzzled” by the city’s response since the bonds to build these lots were issued to ensure Yankees fans parked in the first place.

Hopefully something works out, because consider what the city came out of: a billion dollar project, and thousands of jobs in one of its poorest neighborhoods, all in a few parking spots. “Guarantees”.

Basic requirements to qualify for a payday loan