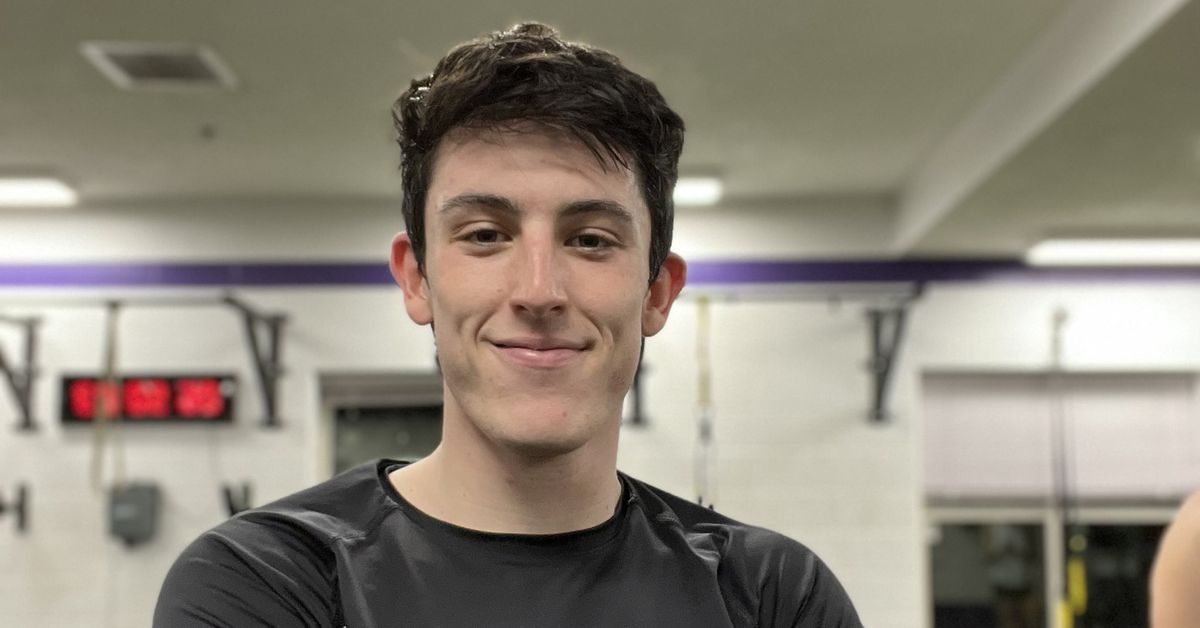 I never really cared about working hard to be the best athlete possible until I started to think about my gender identity. Anytime I didn’t feel sure I was gay I would kick a soccer ball or run and feel better.

By the time I got out, I was one of the top athletes at my high school in Avon, New York.

There’s nothing like a healthy dose of confidence to keep homophobic teammates quiet. I remember a guy from my soccer team who always seemed to have a problem with me. He was trying to insult me ​​or insult the way I played, but I was the top scorer on our team and often the reason we won games, so I never took him seriously. I was too focused on myself and my own training to have time to listen to a fanatic tell me what he thought of me.

I have often met ignorant people in and around sport. It was so rare to find another gay person in my area, let alone someone who was confident and successful. I was playing soccer in the offseason with a bigger school nearby and these guys didn’t know me as well as the people at my own high school. After about two years of playing at this other school, I was proud and my teammates started to find out that I was gay.

I’ve never really faced direct homophobia on this team, just normal lame comments like, “I don’t care if you’re gay, don’t flirt with me.” Funny how the guys who say that are never the ones you really love.

I have certainly developed crushes for teammates before. In my small town, I was the only gay man out for a long time and had a crush on my straight sitter. As you can imagine, it didn’t work. Lucky for me, he wasn’t homophobic and let me down easily when I told him how I felt.

I think the real reason I fell so hard for this guy was because he was always nice to me. I realize that this is the bare minimum and that I have never experienced significant homophobia, but I heard a lot of shady and sideways comments all the time.

I would hear things like, “Are you gay?” But you are so fast! as if loving boys affects how fast my legs move (I was unbeaten in the 100m in my senior season). Or if I met someone at a track and field competition who was on a soccer team that we had beaten, I would hear, “Are you gay? But you were good at soccer! Come on, haven’t we missed this?

I would say gay athletes feel more pressure to work hard and prove that we belong to traditionally heteronormative male spaces. I know I did. Even today, as I continue to play soccer and run at Nazareth College in Rochester, New York, I’m motivated to work hard because I don’t want to be a stereotype.

It’s always been something going through my head, that I’m going to be treated differently as an athlete because I’m gay. These thoughts can be hard to push back, which is why I think I have always been so motivated to be better at my sport.

If I could give my young self some advice, I would tell myself not to wait that long. Going out when I did was the best choice I ever made. I only wish I could have done it sooner.

When I started to question my sexuality, I was at a very uncomfortable stage physically and almost stopped playing sports around the age of 14. If I knew that working hard in sports would make me feel so empowered and strong in my sexuality, I was never close to quitting.

If I could leave a message for readers, I would tell them not to listen to people who are trying to hold you back. Don’t listen to your teammates who act like they’re better than you. Dig, work hard, and show them that everything you’ve been through to get you to this point has made you strong in a way they can never understand.

Sport is for everyone. You should never sacrifice your confidence or pride to make straight guys feel comfortable. LGBTQ + people are strong and we can be successful in sport. Look at athletes like Tom Daley, Quinn, Megan Rapinoe, who have all been world champions in their sport. It could be you one day.

Mike Welch is a junior at Nazareth College in Rochester, New York, where he majored in psychology with minors in sociology and gender studies and competed in football and track and field. He can be reached on Instagram (@mikewelchmikewelch)

If you are an LGBTQ person in sports and want to tell your story, email Jim ([email protected])

Check out our archive of coming out stories.

If you are an LGBTQ person in sport looking to connect with other members of the community, visit GO! Space out to meet and interact with other LGBTQ athletes, or to Equality Coaching Alliance to find other coaches, administrators and other non-athletes in sport.