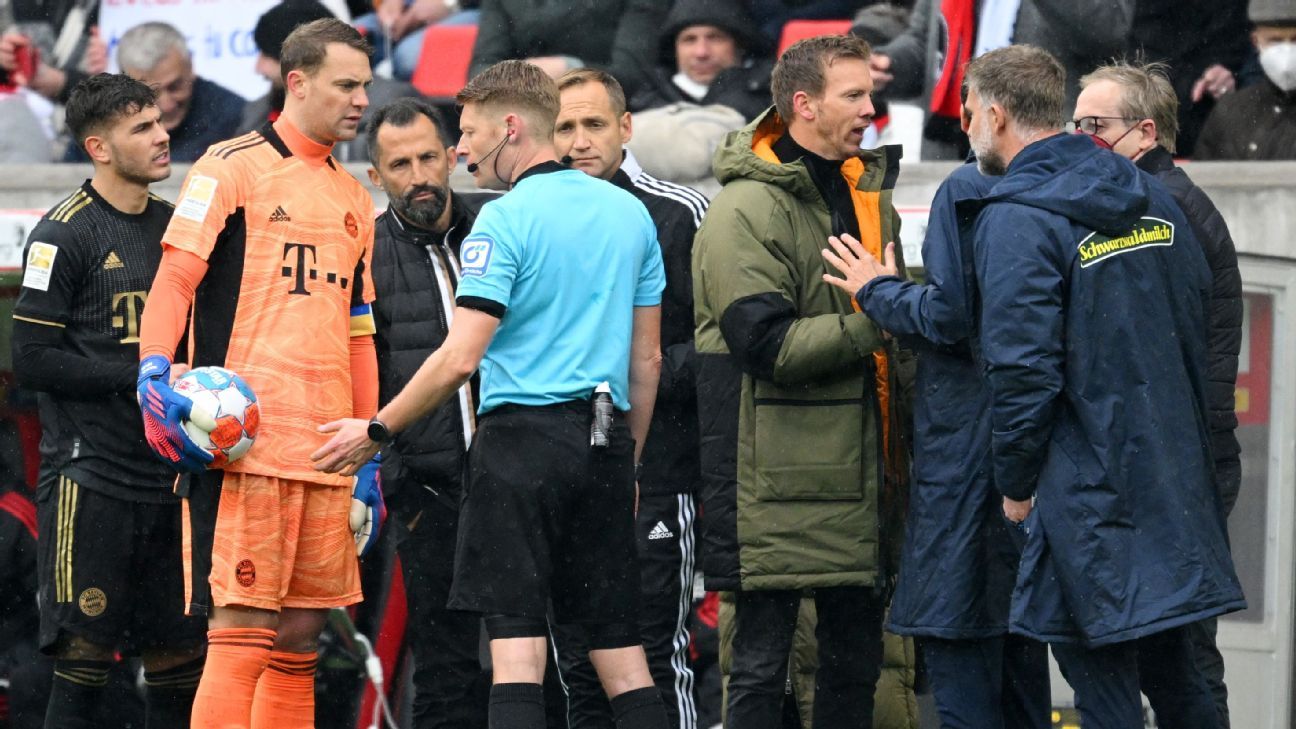 A mix-up involving Bayern Munich substitutes which saw the champions play with 12 men for seconds late in Saturday’s 4-1 win over Freiburg was due to an incorrect number displayed on the board, Bayern coach Julian says Nagelsmann.

The incident came in the 86th minute when Corentin Tolisso and Kingsley Coman had to be taken off for Marcel Sabitzer and Niklas Sule.

But the fourth official displayed the wrong number for Coman and the French winger played for seconds, according to the champions and referee Christian Dingert.

“The fourth referee showed the wrong number,” Nagelsmann told a press conference. “King [Coman] didn’t know he had to retire. It had been eight or nine seconds I think we were playing like that. It wasn’t a watershed incident, but it was still a little weird.

“It’s normal for fans to discuss it,” Nagelsmann said. “I know who is to blame but I won’t name them and I won’t do you a favor. I’m glad we won.”

Freiburg coach Christian Streich said his side were not planning to appeal.

“I expect we won’t have anything to appeal,” Streich said.

“We abide by those rules and that’s all I’ll say about it.”

It was unclear if there would be any consequences for the Bavarians, with referee Dingert saying he noted the incident in the match report.

“The wrong number was shown, so the Coman player didn’t feel like he was speaking it. While clarifying the situation between the team and the official, it was neglected to remove the player. C is very boring,” Dingert said.

“We interrupted the game. It took a little longer to clear it up. That’s why we had eight minutes of stoppage time. We noted that in the match report, that’s what happened.

“Within 16 seconds [Coman played on] not much happened and now it’s up to the colleagues of the German Football Association to decide.”

Bayern’s victory put them nine points clear at the top of the table with six matches to play.