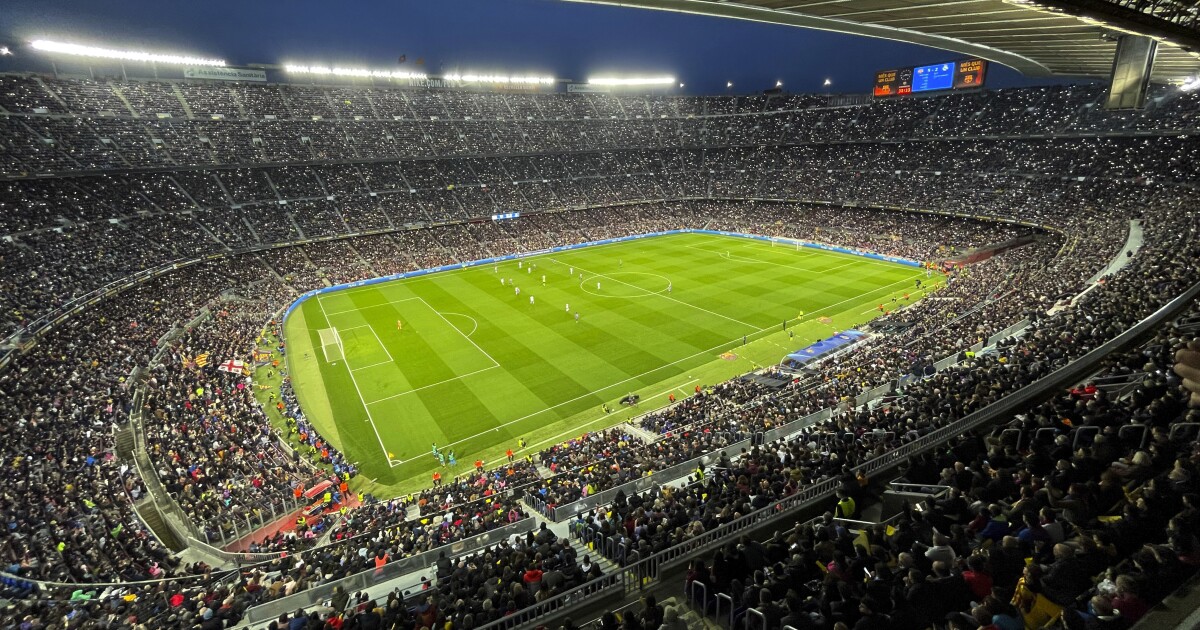 Barcelona: Spotify linked to Camp Nou for at least 12 years

Barcelona’s general assembly on Sunday ratified the deal with Spotify, with the club calling it the biggest sponsorship deal in its history and saying the brand will be tied to the Camp Nou stadium for at least 12 seasons.

The deal, originally announced in March, was approved by 89% of votes at Sunday’s general meeting.

“Due to a confidentiality clause, applicable in all of Spotify’s worldwide deals, we cannot give exact figures but what we can say is that this is the best shirt and stadium deal in financial terms that FC Barcelona has received,” said president Joan Laporta.

Spanish media said the partnership with the audio streaming company would net the club more than 400 million euros ($440 million) during his multi-year deal.

The club said Spotify will be associated with the Camp Nou for the four seasons in which it will undergo renovations as well as the following eight seasons. The stadium will be renamed Spotify Camp Nou.

Spotify will also appear on the front of the men’s and women’s team shirts for four seasons from 2022-23, and sponsor training shirts for three seasons, also from 2022-23.

The club said its members will get discounts and other benefits with Spotify, and the streaming company will launch its app in Catalan.