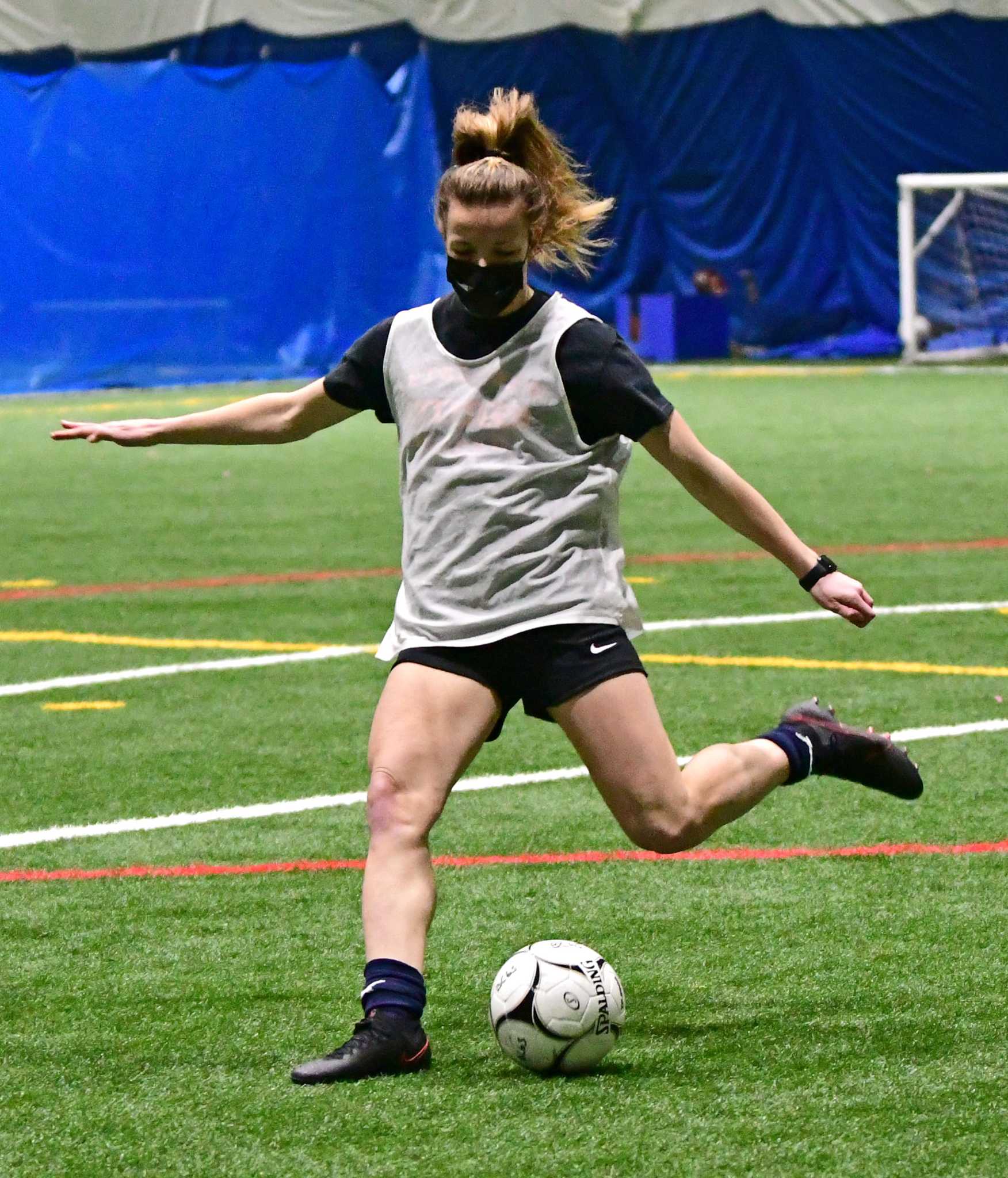 The coronavirus pandemic has not only reduced sporting activity for huge portions of 2020 and 2021 in Section II athletics, it has also halted activity in the Olympic development program for women’s football. Through all the postponements and cancellations, Bethlehem soccer star Claire Hutton persevered and achieved an incredible personal goal.

During the fall, Hutton attended two training camps in hopes of earning a spot on the nation’s national women’s under-17 team. Although he did not attend a third camp in February, Hutton boarded a plane Thursday morning from Albany International Airport bound for Fort Lauderdale, Fla., to attend a precamp for six days as the United States Women’s National Under-17 Team prepares to compete in Group G of the 2022 CONCACAF World Cup Qualifying Tournament takes place in the Dominican Republic.

Hutton, twice selected to the Times Union Large-School First Team in her first two college seasons as a seventh and eighth-grader in 2018 and 2019, is one of 20 players set to compete as the he U-17 team is playing internationally for the first time since 2020. The squad consists of two goalkeepers, six defenders, six midfielders and six forwards. Hutton plays in midfield and this will be the first time this group of players have competed together.

The United States will play in pool against Grenada (April 23), Puerto Rico (April 25) and Costa Rica (April 27) before starting the playoff round. The top three teams will qualify for the World Cup in India.

“Hopefully we come out on top in this tournament and get to the World Cup in October and go from there,” Hutton said.

In his first college season at Bethlehem, Hutton scored 11 goals and added 12 assists to help the Eagles win the Class AA Division II title and advance to the state championship game. She followed that up the following season by setting a school record with 37 goals to go along with 18 assists as Bethlehem again won the Class AA sectional crown.

Hutton, named the 2019 Times Union Big Schools Athlete of the Year as an eighth-grader, has played sparingly for the Eagles since then as she rose through the ranks at the national level. The 16-year-old was unsure what skipping February’s team camp might mean, but she was eventually selected for the U-17 squad.

“It’s worth everything I’ve done and all the sacrifices I’ve made, my family, my friends and my coaches,” Hutton said. “Finally, it all comes together.”

“They are a young group who have just started their international career, but in the short time we have had to work together I have seen a team with great personalities who are very competitive, determined to grow individually and to work hard to come together as a unit,” Under-17 coach Natalia Astrain said in a team statement. “The opportunity to step into a tournament like this is a big challenge that all players and staff are looking forward to.”

The U-17 team will be looking to win the programme’s fifth CONCACAF championship. Previous victories have come in 2008, 2012, 2016 and 2018. The championship and third-place match will both take place on May 8 in Santo Domingo. Between training and playing, Hutton still needs to continue his education before returning to school next month.

“Honestly, I’m really grateful for this opportunity,” Hutton said. “I can’t say how excited I am and how much I’ve dreamed of this my whole life. I’m super excited.”